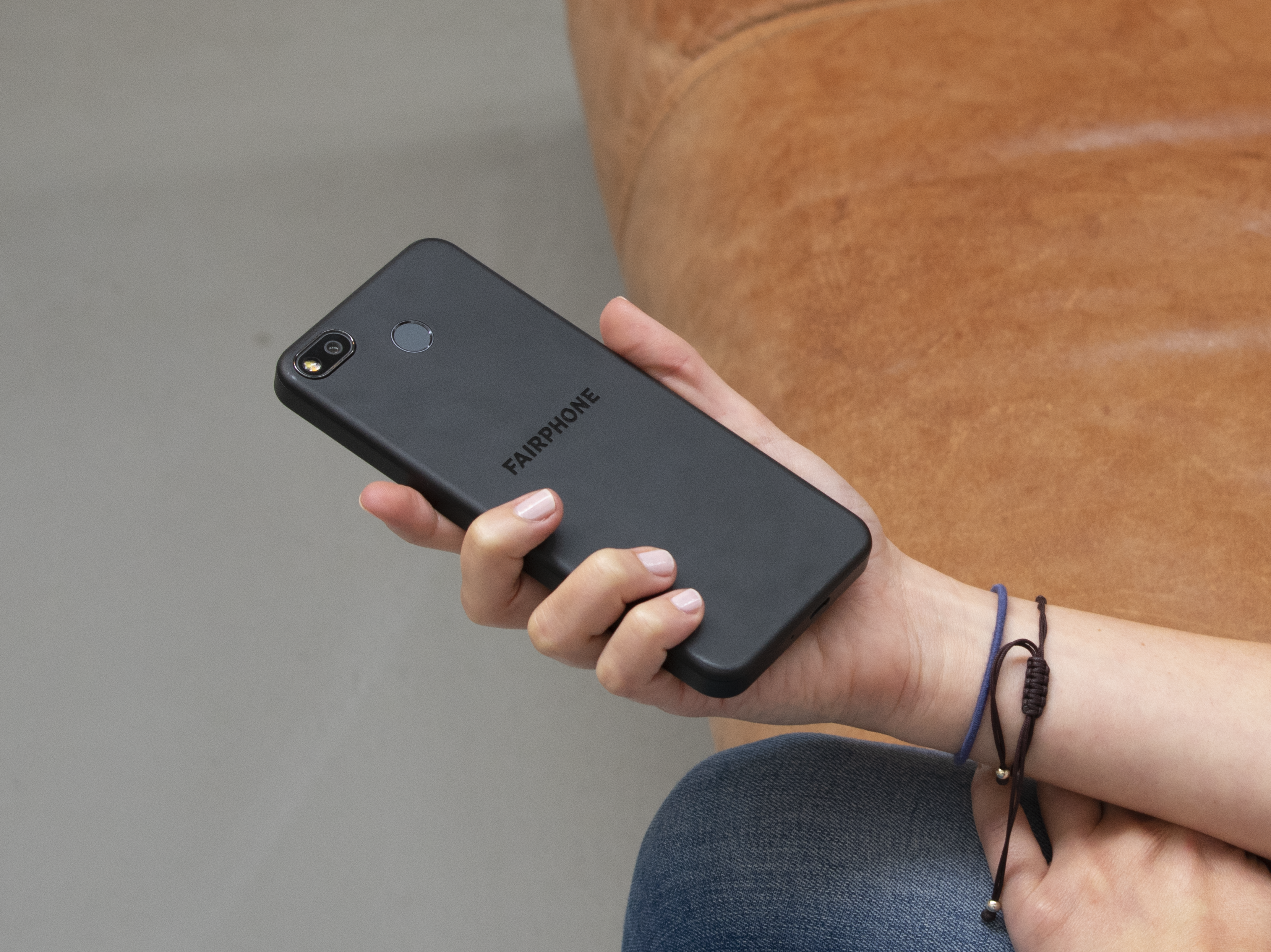 With the launch of two new camera modules, Dutch social enterprise Fairphone has once again taken an innovative approach to smartphone longevity and sustainability. Starting today, the camera modules will be available separately, for current users, or in the upgraded version of the Fairphone 3 for new users: the Fairphone 3+. This achievement is the company’s latest step in their journey to create fairer, long-lasting, high-quality devices.

In the electronics industry, rapid technological advances have led consumers to believe that the next big thing is always just around the corner. However, in reality, the latest gadget is rarely life changing, and smartphones are becoming more similar than ever before, with only incremental improvements from one model to the next.

The current consumer (and industry) mindset means that 1.4 billion mobile phones are sold every year – often replacing a device that still works just fine. Today, people only keep their phones on average for 2.7 years, and less than 5% of the materials used can be recovered for reuse. This behavior contributes to the issue of electronic waste (e-waste), which is the fastest growing waste stream worldwide. Excessive consumption also puts a strain on natural resources, and contributes to the ongoing social and environmental issues in every part of the supply chain, from the mines to the factories.

One of the ways to positively impact all of these problems is to use phones for as long as possible. This is exactly what Fairphone is enabling with the launch of the Fairphone 3+. The latest phone – an upgraded version of the Fairphone 3 – contains new camera modules to significantly improve the photo and video quality, as well as improved audio with louder, crisper sound. The refresh upgrades the rear camera from 12 megapixels to 48 megapixels, and the front camera from 8 megapixels to 16 megapixels – giving users sharper selfies and clearer video calls.

The cameras also feature enhanced object tracking, faster autofocus and image stabilization for more reliable shots. In addition, software optimization provides an outstanding user experience. Besides technical improvements, the Fairphone 3+ contains 40% recycled plastics, the equivalent of one 33cl plastic bottle, which is a much higher percentage than Fairphone 3 (9%).

However, this improved experience isn’t only available to new Fairphone buyers – because the camera modules are sold separately, current Fairphone 3 users can upgrade their devices for as little as €70 until the end of September and €94.90 as of 1 October. This encourages users to keep their phones longer, while easily accessing the latest functionality at the same time. Fairphone’s recent life cycle assessment found that keeping the Fairphone 3 or other mobile devices for five to seven years – one of Fairphone’s key ambitions – could reduce the phone’s CO2 footprint by 28-42%. However, many industry-wide barriers to smartphone longevity remain, including continued software support and ensuring long-term availability of spare parts.

The rest of the technical specifications of the Fairphone 3+ are similar to the Fairphone 3, such as a Qualcomm 632 processor, 64GB memory (expandable to 400GB with a MicroSD card), a replaceable 3000mAh capacity battery and sturdy Gorilla® Glass 5. As with previous models, it also contains replaceable modules to encourage easy repairs, further supporting Fairphone’s goal of creating sustainable, long-lasting phones. The Fairphone 3+ comes pre-installed with Android 10, which will also be available for the current Fairphone 3 users starting in the first half of September.

On top of all this, what sets Fairphone apart is what the company refers to as “fair specs”. With every new phone it develops, Fairphone is expanding on existing projects and introducing new initiatives to make its supply chain fairer for all those involved. Sales of the Fairphone 3+ and the upgraded camera modules will contribute to:

Fairphone CEO Eva Gouwens sums up the company’s goals for the camera upgrades and  Fairphone 3+, commenting:

“We believe that we must make the most of the materials used in consumer electronics. We’re moving one step closer to a circular economy by encouraging the reuse and repair of our phones, plus making it easier for users to keep their devices for longer. The launch of the new camera modules and the Fairphone 3+ is a concrete example of how we’re making this possible. By showing that it is commercially viable to care for people and the planet , we want to motivate the electronics industry to act more responsibly.”

From Now, the Fairphone 3+ will be available for presale on Fairphone’s website and via partners for a suggested retail price of €469. The device will be released on 14 September and will be available across Europe from selected (online) retailers and operators.

Ireland is the 24th best country to live in, according to Digital Quality of Life Index