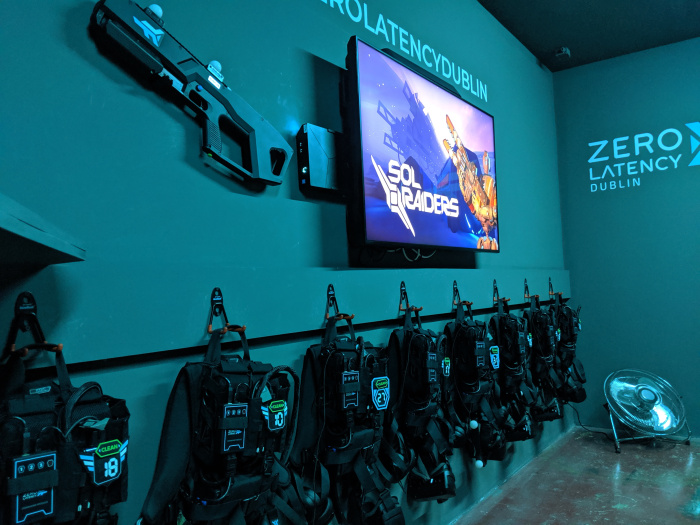 Zero Latency Dublin is out to prove an old adage: a lot can happen in a year. Between March 2019 and 2020 over 20,000 players have saved the world and slayed millions of zombies and robot invaders behind the doors of their slickly decked out warehouse in Sandyford. They won Best Leisure Business at the Sandyford Business District Awards and were on the verge of starting a series of monthly tournaments.

And then the lockdown happened.

Like everyone else, Zero Latency hit the pause button and put zombies on hold until the pandemic passed. But Zero Latency’s owners didn’t let lockdown slow them down. Aside from making their arena Covid ready, they’ve also taken time to create new socially distant policies and, most excitingly, test their newest game ‘Undead Arena’.

And now they are excited to announce their reopening on July 2 for which bookings are already open.

“Everyone wants to shoot zombies and test their survival capabilities in a zombie apocalypse,” explains Managing Director Ronan Cunningham, who started the venture with his wife Susanna Murphy last year. “With over 80% of our players trying at least one of our current zombie games, we thought it would be a good time to release Undead Arena, our best zombie game yet.” The new game pits teams of up to 8 players against waves of undead in an ‘80s inspired, post apocalyptic game show setting and promises to be a new favourite of guests.

Zero Latency sits just off the Stillorgan Luas stop, alongside Sandyford’s high- tech office buildings. Inside players battle zombie hordes, rogue robots, each other, or their own senses in a variety of out of this world virtual reality games. Unlike other virtual reality options, Zero Latency’s unique, free roam VR system allows players to explore game worlds untethered by wires or walls.

And after three months of being restricted to our own homes, who doesn’t want to explore a spaceship or take out some pent up aggression on stumbling zombie hordes.

For those less enthused about zombies, their non-shooter game option, Engineerium, is an award winning VR experience that allows players to traverse beautifully crafted, mind-bending pathways in an ethereal puzzle game. With something to offer every player, Zero Latency’s arena has welcomed corporate events, children’s parties, hen and stag dos, and school trips as well as casual gamers.

“Playing at Zero Latency is the closest thing you will get to being inside a computer game,” explains Cunningham, “The immersion is such that even our most regular players still forget that they are standing on flat ground in a warehouse in Sandyford, and that is the beauty of Virtual Reality. Not only are players untethered by wires, but the games create unique pathways and a sense of distance not possible in other games”.

As Cunningham reflects on an important successful first year in business, he is keen to thank his customers for playing and “hopes that they will continue to support this exciting business in the years to come as it releases bigger and better titles and upgrades hardware to meet gaming demands. It’s an exciting time to be involved in an emerging tech that is firmly finding its place in the market.”

As they take bookings for their reopening on July 2, Zero Latency’s future looks as untethered as their players. For more information see http://www.zerolatencyvr.ie