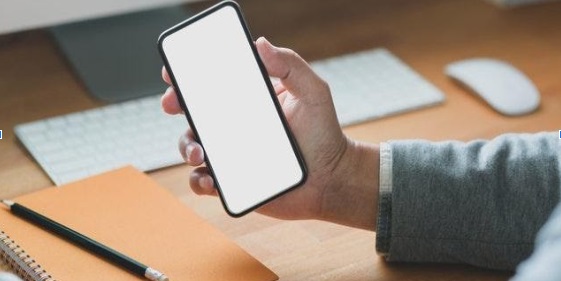 Some people buy a new smartphone as soon as Apple, Samsung, or other manufacturers release their latest products. However, for most of us, we like to keep our mobile devices running for as long as possible and put our money into other things. Plus, putting off upgrading devices until it’s necessary also means no need to worry yet about transferring data onto a new phone or spending time on the other facets of this process. When days are busy, it’s tricky fitting in all the must-do tasks, let alone adding tech issues to the mix!

However, sooner or later, all phones start to play up and eventually need replacing. You don’t want to be left in the lurch with no smartphone to use for a time, but you also don’t want to jump the gun and buy something new before you have to. If you’re not sure how long you might get out of your current gadget, or whether you could perhaps simply book in for an affordable cell phone repair instead, here are some signs to look out for.

All smartphones misinterpret or miss taps or swipes at points. However, if your touchscreen is driving you crazy because it’s ridiculously slow to respond or register actions or simply ignores them altogether, it’s likely time to go shopping for a new device. This issue is a sign that the tech is at the end of its life. Plus, you won’t have much luck getting many tasks done on the phone, which renders it pretty obsolete anyhow.

Another problem is if your phone won’t power on or off. If you leave your phone on all the time, this may not be the biggest deal at first, but over the long-term, this can cause considerable issues if you can’t turn the phone off to reboot it or update software, or can’t turn it back on again after taking such steps. Newer smartphones have only a few buttons on them, but the power switch is critical. When this starts playing up, your phone may be on the out.

The Phone Gets Too Hot

A common issue many users have with their smartphone is that after a while, the tech tools overheat. If this starts to happen with your device, especially when you’re not even using the gadget for calls or other tasks, you should get it checked out by a repair service person or a manufacturer’s rep.

This problem – when it overheats to a high level, and you’re worried it’s dangerous – can stem from a variety of small and large things going wrong. You don’t want the item to burn or explode on you, so it’s best to investigate the matter ASAP. Some causes can be solved relatively inexpensively, but others will show you it’s more economical to buy a new product instead.

Strange Lines or Other Issues on the Screen

Have you noticed that there are weird happenings on your device’s screen? For instance, there might be strange lines or bands that make it hard to read, or other anomalies such as flickering or jumping lights, or dead pixels on the screen. When this happens, it’s time to have the phone checked out by a qualified technician. It could have damaged components that need repairing, but often these screen occurrences point to more expensive faults that may not be possible to or worth fixing.

Phone Keeps Shutting Itself Down

Another regular problem with smartphones after they’ve been in use for a few years (or earlier, in the case of broken or faulty gadgets) is that they shut themselves down unexpectedly. If this happens as a once-off, don’t stress, but if it is a regular point of annoyance for you, you could face an issue with the phone’s battery.

You may expect that you can quickly and affordably replace the battery if this is the case, but in reality, some phones have easily-accessible batteries while others do not. If your tech tool falls in the latter category, it may cost you too much in labor costs to bother fixing it.

Buying a new smartphone can be a fun task if you love technology and having the latest machines to use. However, upgrading to a new device is also costly and time-consuming. As such, consider the factors mentioned above, along with other common phone issues, to see if you truly need to replace your gadget or can try other fixes first.