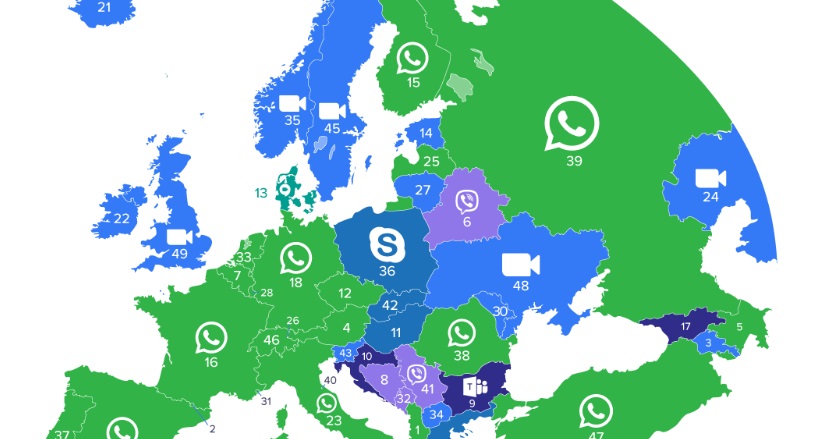 Over the last few weeks the use of Messaging apps has surged due to the covid pandemic and has changed the way we communicate for some and some apps in particular have seen an astronomical rise in use such as Zoom and Microsoft Teams. Video messaging is a huge thing today and may be the norm for some time to come yet and could be a new move going forward in how we communicate which might make some businesses rethink their strategy.

In 14 countries — including Ireland — the most popular messaging client was Zoom. The interest in this app skyrocketed mostly in the northern European countries (United Kingdom, Norway), in some Baltic countries (Lithuania, Estonia), as well as in Ukraine and Moldavia.

Skype gained popularity in Poland, Slovakia, Hungary, and Greece. Similar to Skype, Viber and Microsoft Teams ruled only in four countries. The popularity of both messaging clients increased in the Balkans. Microsoft Teams won in Liechtenstein and Viber ranked first in Belarus. Denmark was the only country where Google Meet took first place among other messaging clients.