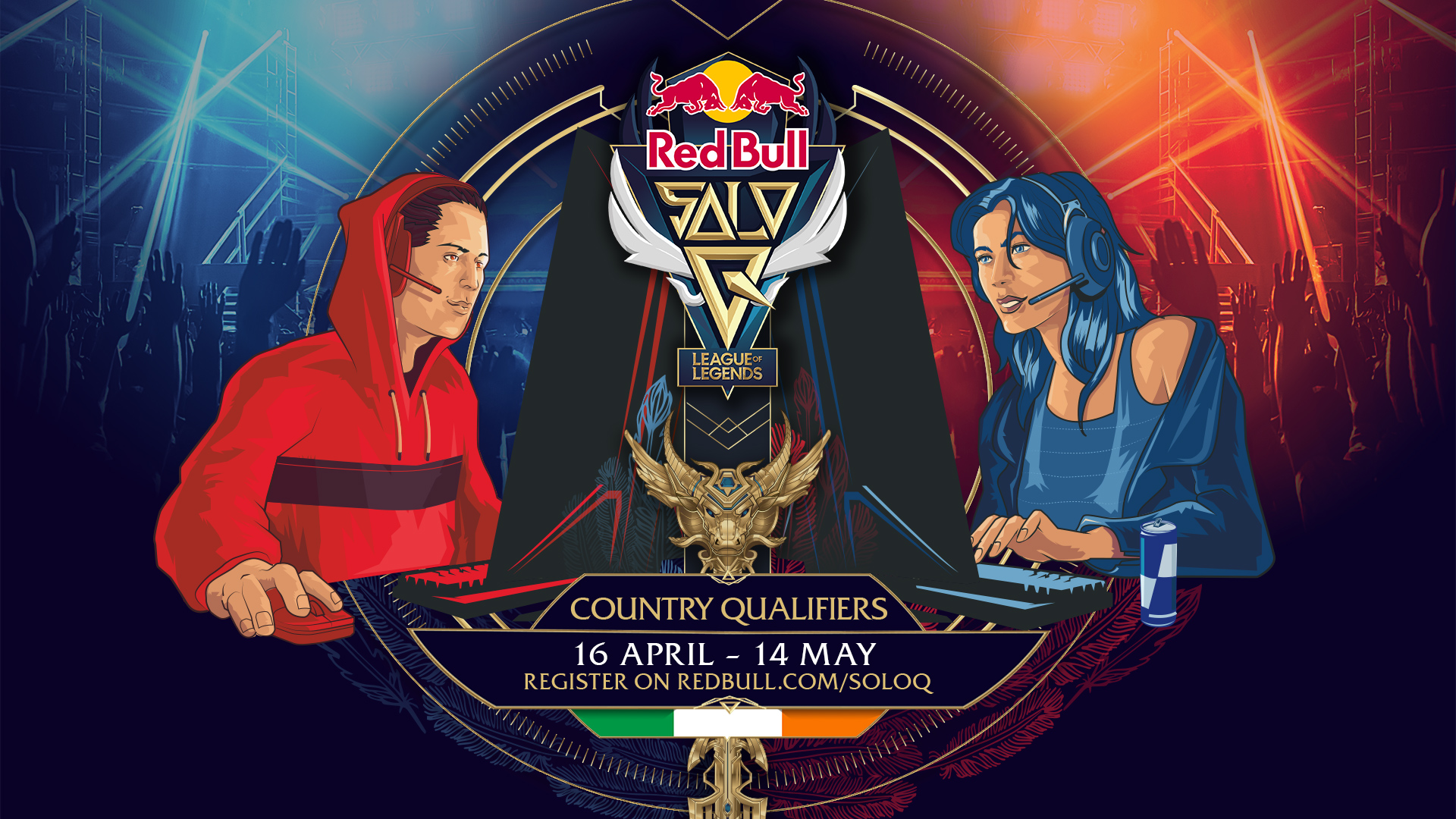 The 2020 official 1v1 League of Legends (LoL) tournament for amateur players worldwide, Red Bull Solo Q (formerly Red Bull Player One), starts next week! The first Irish online qualifier will take place on Thursday (16th April), and is now open to amateur gamers in Ireland to register to play, visit redbull.ie/soloq to sign up, and for news and information on format, rules & eligibility.

In 2019, the competition, previously known as Red Bull Player One, saw 25,000 registrants from 29 countries battling for the title. This 2020 season, the community can expect over 35 National Qualifiers & Finals, International Online Qualifiers and new tournament stages

Red Bull Solo Q puts a twist on a typical League of Legends match, pitting two players against one another in a bracket of 1v1 duels. The first player to earn ‘First blood!’, destroy the opponents´ tower or reach a 100-minion score, wins the duel. There are four qualifiers offering four chances for players from the island of Ireland to represent Ireland at the European Final.

As part of the partnership with League of Legends Global Esports Events, the global winner of Red Bull Solo Q will get to experience the 2020 League of Legends All-Star event first hand! The champion will participate in the League’s annual year-end celebration alongside some of the game’s biggest esports athletes and streaming personalities, playing in special showcases and attending exclusive parties. Red Bull also continues its collaboration with one of the most popular faces in the League of Legends community: Sjokz, who will return as the global brand ambassador for Red Bull Solo Q.

Last year’s Irish champion, Prototype, or Mateusz Kowalczyk of Cork City, had the honour of representing Ireland at the Global Final of Red Bull Player One in Sao Paulo, Brazil.

For more details, including player and event details, visit RedBull.com/SoloQ