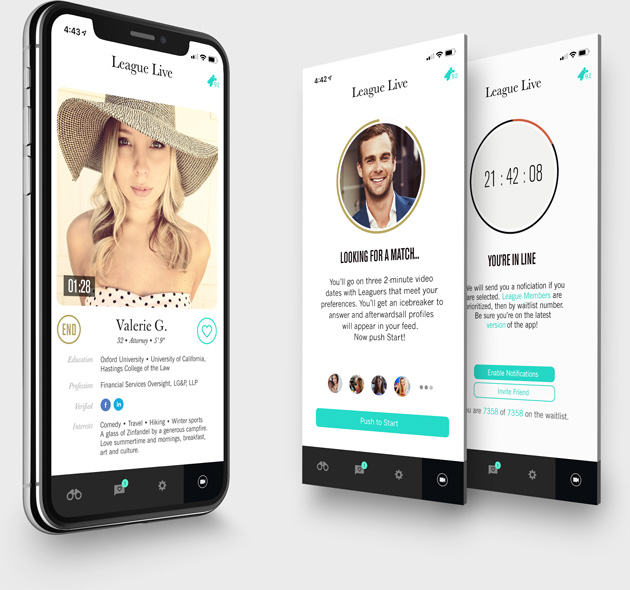 The League, which operates a freemium model, is offering Dublin users two weeks of free Member status to give everyone access to its unique video features including League Live. Simply message #isoDate to the in-app Concierge to activate the free membership. The offer will run until social distancing measures are redacted.

Created in 2015, The League is known for its high-achieving community of users. Using data from both Facebook and LinkedIn to fuel its algorithm, it offers users complete privacy from friends and colleagues, more context about potential matches, and a curated community of professional singles seeking an ambitious and driven partner.

“The world is changing underneath us and in today’s climate, being able to connect safely and responsibly is more important than ever.” says Amanda Bradford, Founder & CEO of The League “We made the decision to support more global cities and accelerate the roll-out of our video features to encourage singles to continue dating – with no need to leave your home, or even exchange numbers.”

The League is available to download on iOS and Android.