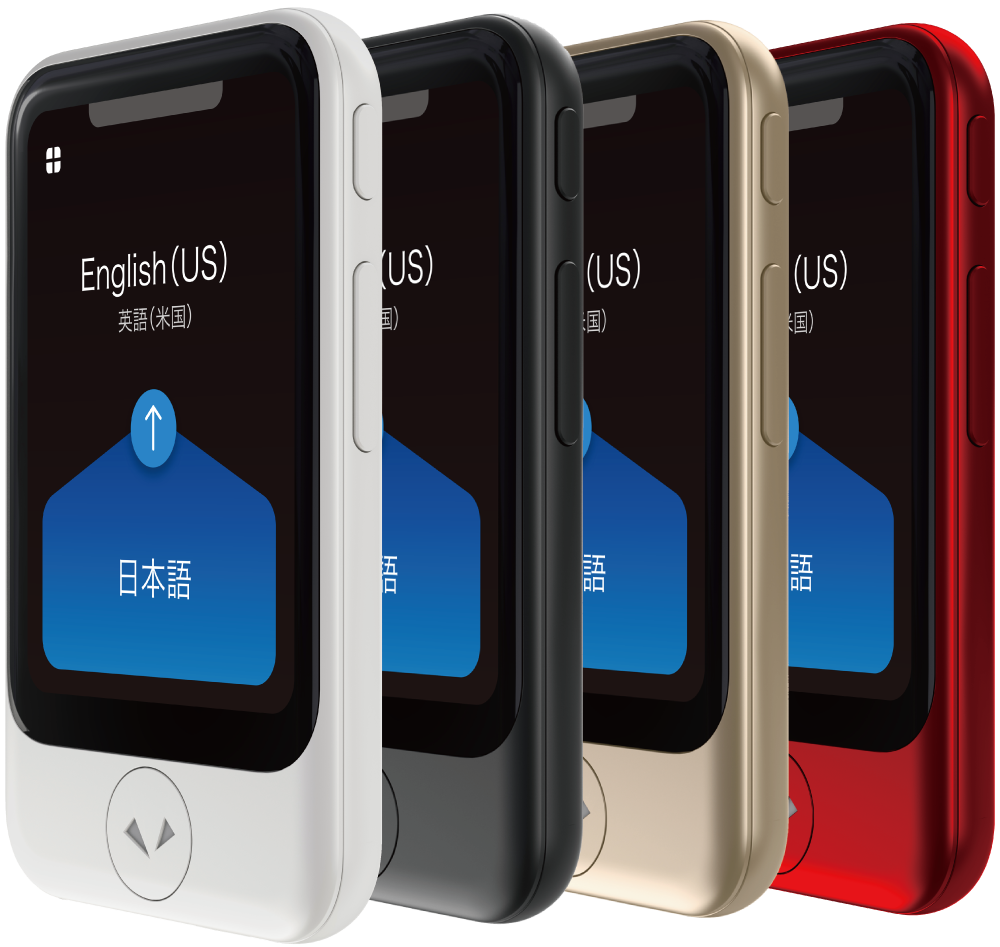 After its successful introduction in Japan at the end of 2019 and in the US at CES 2020, Sourcenext’s new generation Pocketalk hits European shores. Pocketalk is a portable, AI-powered instant voice translation device that has the ability to translate 74 languages bi-directionally. The new Pocketalk S model is now available for purchase online at the recently launched Pocketalk webshop and will be exclusively in retail at SMARTECH, Selfridges and Amazon from 21 February with more stores coming after mid-March 2020.

Pocketalk S is a multi-sensory, two-way translation device designed for easy naturally flowing conversations, even in noisy environments. With a sleek design encompassing a large touchscreen, two high-quality speakers, noise-cancelling microphones and a text-to-translate camera, Pocketalk S is able to create connections across 74 different languages in over 130 countries and regions. By utilising the best translation engines from around the world, Pocketalk provides a consistently accurate translation for deciphering public transportation signs, menus, and creates the best experience by picking up localised dialects and slang. For even more ease of mind, Pocketalk S also includes a complimentary two-year data plan.

“The new Pocketalk S has been incredibly well received. It was voted Best Accessory of CES 2020 by Business Insider as well as Best Family Tech by PARENTS magazine last month. With more than 600,000 units sold worldwide, it gives Pocketalk a deep understanding of the marketplace and where to innovate. Launching Pocketalk S in Europe, after Japan and the United States, is the natural next step toward our mission of bringing people closer together, and with Pocketalk S, we are providing the most dependable, thoughtful, all-encompassing device to form meaningful connections without language as a barrier,” says Tomoaki Kojima, Managing Director of Sourcenext B.V.

Pocketalk S is available in four different colours, gold, black, white and red at an RRP of £259.00 The Pocketalk S has been available on Amazon UK now. Shipment will commence as of 21 February 2020.