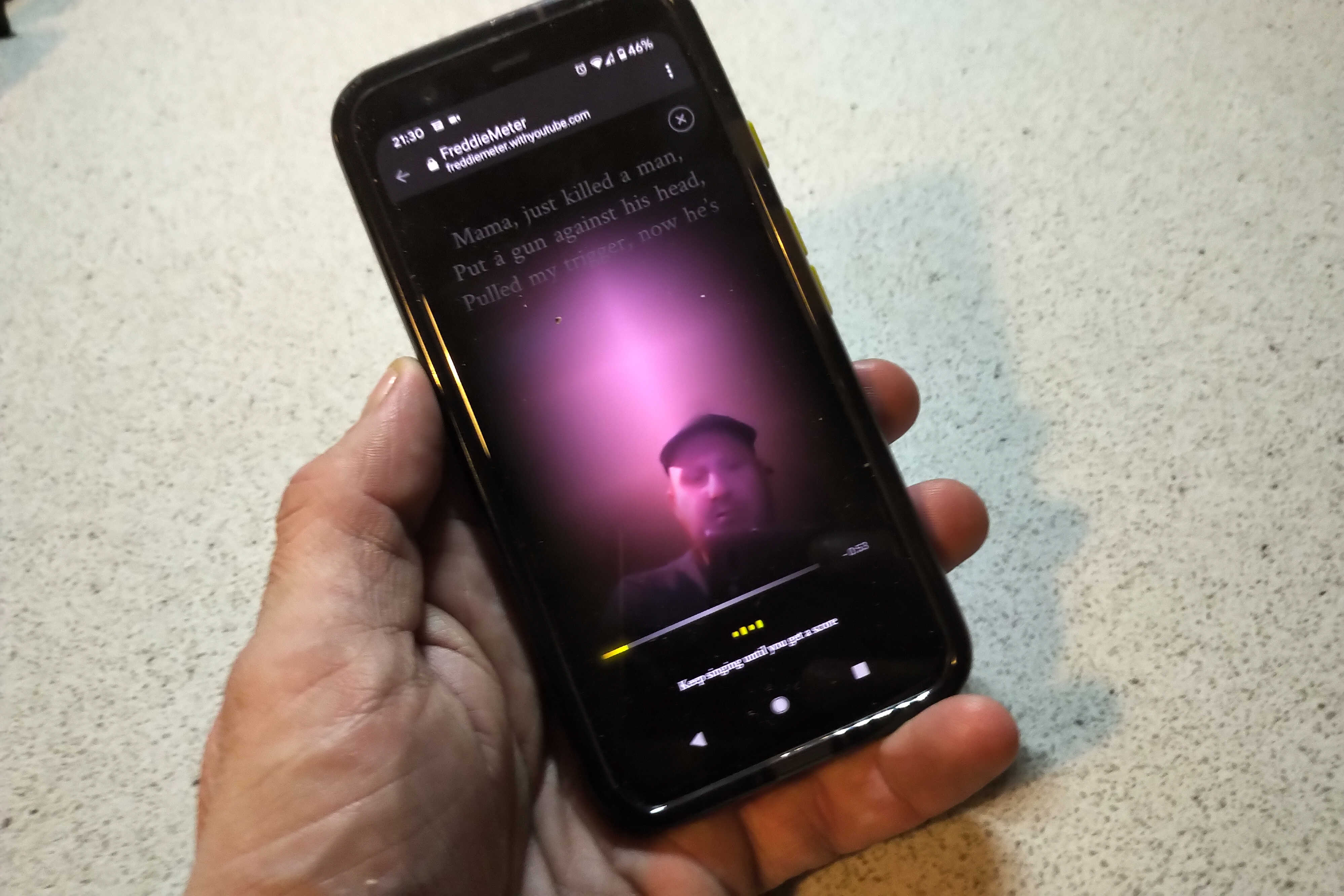 Fancy a challenge to see how good you can sing? Well this is something you can try out yourself or at home with your friends or family over the next few days and all you need is your smartphone or laptop to give it a go.

“Bohemian Rhapsody” is considered one of the greatest rock songs of all time, so it’s no wonder the music video recently hit 1 billion views on YouTube. For decades, fans have belted out the song’s iconic lyrics alongside Freddie Mercury’s one-of-a-kind vocals, but how many can really sing it just like Freddie? YouTube, Google Creative Lab, and Google Research, working in partnership with Queen, Universal Music Group and Hollywood Records, have built a new AI experiment called FreddieMeter to find out!

Released in support of Mercury Phoenix Trust, a charity founded by Brian May, Roger Taylor and Jim Beach to raise awareness and funds for the fight against HIV/AIDS, and in honor of the 44th anniversary of the band’s first-ever live performance of “Bohemian Rhapsody,” at the Empire Theater, Liverpool, U.K in November 1975; FreddieMeter was created to let fans around the world determine how closely their singing matches the voice of Queen’s legendary frontman, Freddie Mercury.

FreddieMeter shows users how closely their voice matches Freddie Mercury’s legendary range by analyzing the singer’s pitch, timbre, and melody to assign them a score of 0 to 100. Queen fans, killer impressionists, and anyone who enjoys a little karaoke and are ready to step up to the challenge can get started by doing the following:

Google Creative Lab and Google Research created FreddieMeter using new on-device machine learning models, and it’s been trained on Freddie’s isolated vocals as well as samples of people trying to sing like Freddie. FreddieMeter is trained on and optimized for individual singers and works on desktop, Android and iPhone devices and the audio doesn’t get uploaded to any servers to be analyzed, so all vocals stay totally private unless shared by the user.

FreddieMeter continues YouTube’s celebration of Queen’s music and “Bohemian Rhapsody’s” 1 billion views milestone, which coincided with the release of a newly remastered HD version of the video. The achievement made history with the anthem being the first pre-1990s video to reach one billion views on the platform.

In partnership with Universal Music Group and Hollywood Records, YouTube also recently launched ‘You Are The Champions,’ a unique campaign that gave fans an exclusive chance to become a part of Queen history with a starring role in brand-new, user-generated videos for three of the band’s most celebrated tracks – “A Kind of Magic,” “Don’t Stop Me Now” and the iconic “Bohemian Rhapsody.” The results were pulled from more than 10,000 submissions from more than 120 countries around the world, showing the depth and love for Queen and Freddie amongst their loyal global fanbase.

To take on the #FreddieChallenge now or find out more about FreddieMeter, visit freddiemeter.withyoutube.com