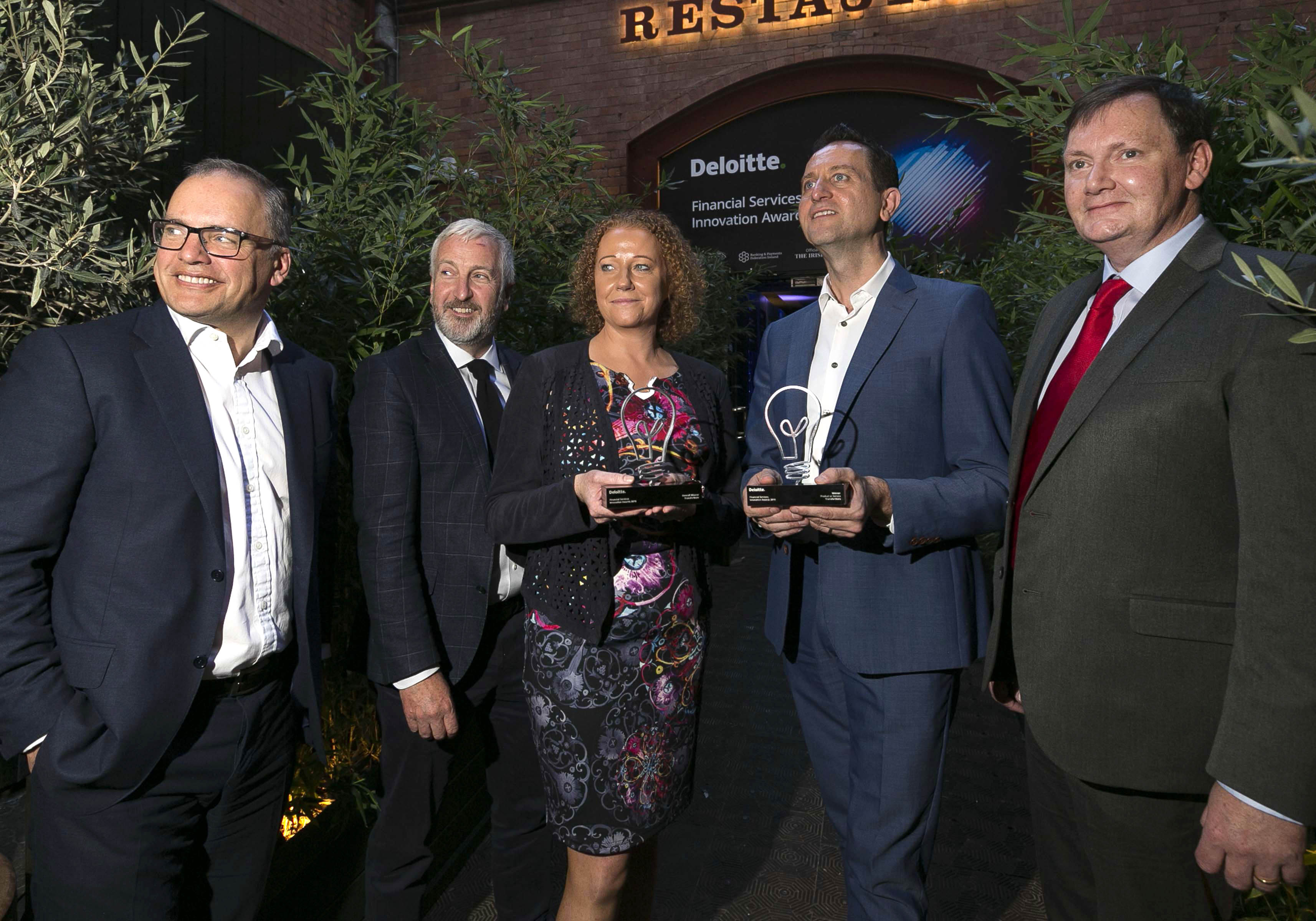 Global payments company TransferMate has been announced as the overall winner of the first annual Deloitte Financial Services Innovation Awards. Established in 2010, the company facilitates global payments in 162 countries in 134 currencies, and has nine offices worldwide.

The awards, which celebrate innovation by financial services companies across the island of Ireland, recognise both individuals and companies that are leading the way in innovation – using technology to address challenges and create opportunities, improving user experience, and changing the way business is done. Financial Services Ireland (FSI) and Banking & Payments Federation Ireland (BPFI) partner with Deloitte on the awards.

Speaking at the awards, Minister Michael D’Arcy TD, Minister of State at the Department of Finance with special responsibility for Financial Services and Insurance said: “Financial services has long been a priority sector for the Irish Government. The development of our international financial services sector has been one of the highlights of Ireland’s economic development over the last 30 years. It is innovation that will be key in ensuring that we maintain what we have and to continue enhancing our IFS sector. The Ireland for Finance strategy recognises this with one of the four foundational pillars being Technology and Innovation.

“I am delighted to have been invited by Deloitte to their inaugural Deloitte Financial Services Innovation Awards. As the first event of its kind in Ireland, the awards celebrated innovation in the financial services space and I would like to congratulate all of the nominees and award winners on their achievements.”

It was double success for TransferMate at the awards. In addition to being crowned the overall winner, it was also named the winner within the Product or Service category for its Global Invoice Connect product. This is an international receivables product for businesses looking for a more efficient solution for receiving payments from their global customers. The product provides an alternative to international wire payments by using TransferMate’s global network, which features a robust legal and compliance framework capable of transferring funds in over 162 countries. TransferMate collaborates with Wells Fargo to bring Global Invoice Connect to the market.

Denis McCarthy, CEO of Fexco, was announced as the winner in the leadership category. This award acknowledges the role Denis has played in driving Fexco’s diversification into new product areas and investment in innovation that has proven key to the evolution of the company into a global fintech business. Prior to his role at Fexco, as a founder of both Annadale Technologies and Aviso, he demonstrated his ability to lead a concept and idea through to product development and commercial success.

David Dalton, Head of Financial Services at Deloitte Ireland, commented:  “Congratulations to TransferMate on being crowned overall winners. We launched these awards to showcase the pioneering innovations that were being developed in the industry and to showcase Ireland as hub for innovation internationally. We’ve been blown away by the calibre of innovation within the industry and TransferMate certainly exemplifies that through their innovative product offerings.

Similarly, Denis’s relentless focus on continuous improvement and the determination he has shown when pursuing efforts to innovate is inspiring to all of us – he is an outstanding leader, innovator and influencer in the financial services industry. The judging panel were particularly struck by their appetite to collaborate with strategic partners, both domestically and internationally, to drive innovation within their businesses.

“Through these awards, we have observed a level of innovation in the financial services industry and an ecosystem in Ireland not seen before, and we are delighted to recognise those companies that are driving this.”

Over 150 business leaders from across the island of Ireland attended the awards gala on Friday 20 September, alongside Minister Michael D’Arcy TD, Minister of State at the Department of Finance with special responsibility for Financial Services and Insurance, and keynote speaker Chris Skinner, CEO of The Finanser, author and expert commentator on the financial markets and fintech.