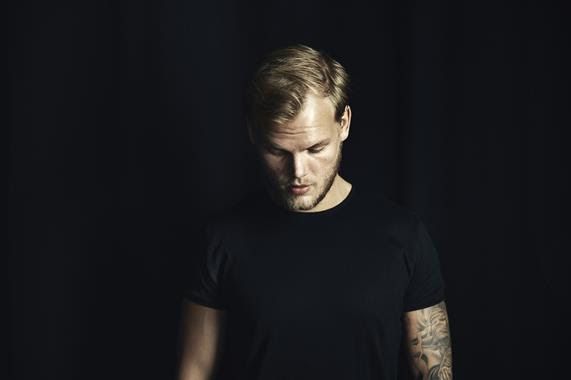 Urbanista, a leading developer and manufacturer of lifestyle audio products are proud to announce their support and long term commitment to supporting mental health illness; through the collaboration of the Tim Bergling Foundation. Founded in memory of one of the most acclaimed and beloved producers, performers and singer songwriters in modern music, also known as Avicii, who tragically lost his life to suicide in April 2018.

Open to Talk? Open to Listen, a collaboration launching in October 2019 designed to channel a long-term range of initiatives, championing the ongoing efforts made in raising awareness of mental health. Through music based collaborations, content and the sale of Urbanista headphone products – all aimed at encouraging those in need, to talk. Open to Talk? Open to Listen, created by Urbanista will proudly;

·     Partner and contribute support and finances to the Tim Bergling Foundation

·     Create Open to Talk? Open to Listen campaign, story based content encouraging others to talk about their own experiences with mental health

A Voice for Mental Health

Both Urbanista and Avicii are connected to the music scene, especially in Scandinavia and have created the need to act and be a part of the voice, now gathering pace for Mental Health related illnesses.

Urbanista will work closely with the Tim Bergling foundation to help support Mental Health awareness and suicide prevention. Anders Andreen, Urbanista CEO, comments; As a manufacturer of headphones and speakers, music means everything to us. This collaboration goes hand in hand with our core values and it is with pride that we support the Tim Bergling Foundation.”

The Tim Bergling Foundation was created by Klas Bergling, Anki Liden and their family after the death of their son. The foundation will advocate for the recognition of suicide as a global health emergency and promote removing the stigma attached to the discussion of Mental Health issues.

An Alarming 450 million people currently suffer from mental illness, placing Mental Health disorders among the leading cause of ill health, globally. Up to one million people take their own lives every year and is the most common cause of death for young adults aged 16-29.

The Foundations activities will kick off with the Avicii Tribute Concert, supported by Urbanista, in Stockholm on the 5thDecember at Friends Arena, where 19 of the original singers on Avicii’s biggest songs will perform with a 30-piece live band, alongside DJ sets from his friends. The line-up already includes, David Guetta, Rita Ora, Adam Lambert amongst others. Others will be announced in the coming weeks. All net profits from the Avicii Tribute Concert for Mental Health Awareness will go to supporting organisation’s that address mental health needs and suicide prevention.

Share your experiences and be part of those doing the same from October 2019 on Urbanista’s social channels.

Alongside the Avicii Tribute Concert, Urbanista begin their support with a contribution to the foundation, donating 10% of sales on all Stockholm headphones sold on the Urbanista website throughout October. The donated funds will help the formation of policies and tools that are needed to detect risks and prevent suicide, especially among young people.

In participating retailers, purchase any Urbanista Stockholm headphone during October will have the opportunity to win one of 10 VIP golden tickets to the event.

“These activities are a starting point to our long-term commitment in supporting issues close to Tim Bergling’s heart” says Anders Andreen in a statement, continuing “We are honoured to help keep Avicii’s legacy alive through the power of music and support the foundation in recognising the importance of Mental Health Awareness, Sustainability and Global Warming, the three topics close to Tim Bergling’s heart. “Urbanista supports us in this important work and we are extremely pleased to have them on-board” concludes Klas Bergling, Tim’s father.