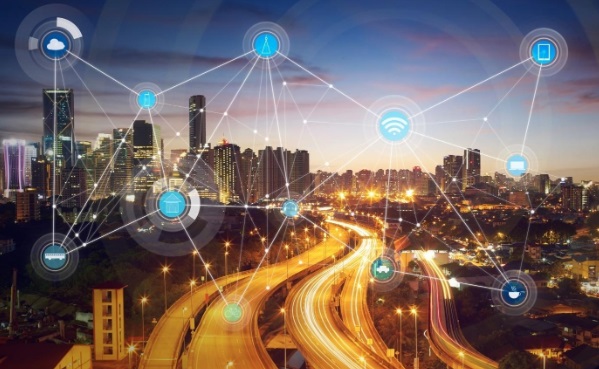 As the urban population continues to grow and cities become denser, this creates social, environmental, and economic concerns. Fortunately, addressing these challenges is easier with technology. Since living in the digital age has made our lives easier, cities across the world are deploying smart tech to improve infrastructure and services and provide their residents with a better quality of life.

For instance, the city of York in the UK is using technology to improve its traffic system. In this medieval city, many roads suffer from traffic congestion and the city is constantly building new homes to respond to residents’ housing needs, which puts pressure on road infrastructure. All this forced UK’s Department for Transport to propose a solution and make York’s traffic more efficient. The solution consists of installing sensors along the A59 road. These sensors are designed to detect signals from drivers’ mobile phones and connected cars, gathering real-time information about their movement. All data is collected anonymously and shared only with city officials. This will enable York’s authorities to better understand traffic patterns in the city and help them to make better decisions. As a result, York’s roads will be “safer and [the] air cleaner”, explains Peter Dew, York’s executive member for transport.

Smart traffic lights that can communicate with drivers

York’s project is still being tested, and if all goes according to plan, authorities in the UK will start implementing cutting-edge tech in other cities. The idea is to equip roads across the UK with traffic light systems that communicate with drivers. The same way road sensors in York communicate with drivers’ mobile phones, the smart traffic lights will interact with drivers. Here’s how. As the vehicle approaches, the traffic light will connect wirelessly to the drivers’ smartphone and advise them at which speed they should move to arrive when the light is green. This will help to minimise stop-and-go traffic, which is particularly evident during peak hours. Stop-and-go driving can not only cause a vehicle’s brakes to wear out, but also increase harmful emissions.

Similar technology will be installed in UK’s city of Milton Keynes. AI-based traffic lights developed by Vivacity Labs will monitor traffic and adjust lighting patterns accordingly. The system will be accompanied by 2,500 cameras installed across the city. While adjusting its lighting patterns, the system will give priority to cyclists, emergency vehicles, and buses. In case the camera detects a large number of cyclists or buses on the road, the system will provide a longer green light for them.

It’s clear that traffic is a significant contributor to air pollution, and we often don’t even realise how bad the air we breathe is. As the Guardian reveals, 95 per cent of the global population is exposed to unsafe air. To improve its air quality, the Australian city of Armidale installed air quality monitoring sensors. Due to its geographical position and the use of wood for heating during the winter months, Armidale’s air quality is very poor. And residents often fail to realise how dangerous it can be to their health. This forced the Office of Environment and Heritage (OEH) to deploy Purple Air Sensors across the city to collect real-time data. Such data is accessible online, which allows residents to know when the air outside is bad, so they can reduce their exposure to air pollution and minimize the time they spend outdoors.

How did smart tech help Chicago to reduce its gun violence rate?

Smart technology can also help cities fight against crime. Take Chicago as an example. In 2017, Chicago witnessed 650 murder cases, which is among the highest murder rates in the US. To make its residents feel safer, Chicago was forced to seek a solution. It didn’t take long before the city started using ShotSpotter technology. This system, attached to utility poles, relies on sensors and a camera to detect gunshots and automatically alert the police. Besides identifying the right location, ShotSpotter can also detect how many shots were fired and provide information about the weapon.

What makes this technology so appealing is that it can differentiate gunshots from fireworks. Sometimes people will call the police to report a gunshot incident, when in fact it was just kids playing with firecrackers. Moreover, ShotSpotter is better than traditional 911 calls, because people reporting gunshots often have difficulties describing the incident properly or fail to give the exact location, which only causes delays. And in situations like these, every second counts. According to Fox News, ShotSpotter can reduce police response time from eight minutes to 30 seconds. Chicago’s police department claims that the system led to a decrease of 43 per cent in shootings in the community area of Englewood. The system is used in two districts, but due to its success, the police will be adding this tech to six more districts by 2019.

Since everything around us is getting smarter, our cities should, too. Becoming a smart city might seem as a far-off dream, but the truth is that cities worldwide are investing in technology to improve traffic, monitor air quality, and reduce crime. Thanks to smart city technology, we can make our future safer and more enjoyable.

International keynote speaker, trend watcher and futurist Richard van Hooijdonk offers inspiring lectures on how technology impacts the way we live, work and do business. Over 420,000 people have already attended his renowned inspiration sessions, in the Netherlands as well as abroad. He works together with RTL television and presents the weekly radio program ‘Mindshift’ on BNR news radio. Van Hooijdonk is also a guest lecturer at Nyenrode and Erasmus Universities.