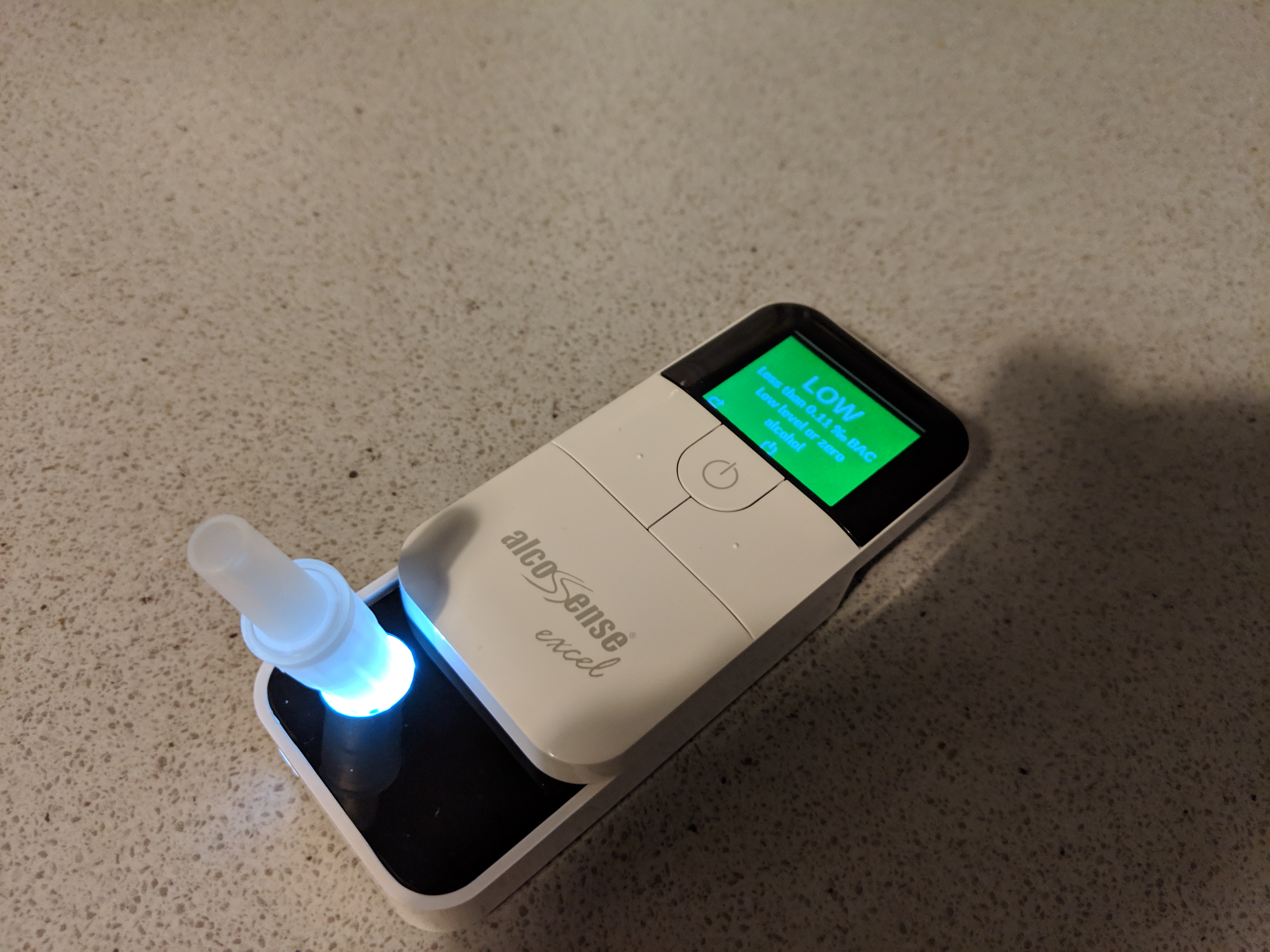 Self testing is a touchy subject for some in some circumstances and this topic today is one of those subjects. For me this is an important topic and many others and a gadget like this should be in every drivers arson for their own safety yet alone others.

OK.. Here is where I have an issue with the current law recently set. Lets take a look at the limits.. There is two…First of all this is wrong and leaves a window of opportunity leaving one to think they will get away with just the one drink. (The second test conducted proves for me I can drive under the higher limit but not on the lower,this is where the problem is with ZERO TOLERANCE and how we react differently on an individual basis to alcohol intake)We are all different and have different metabolism levels and some can handle their drinks better than others it has always been that way and always will.. So lets look at these levels..

Blood Alcohol Concentration (BAC) limit is 50 milligrams (mg) for all drivers, and 20mg for specified drivers, defined as learner or newly qualified drivers (for a period of two years after passing their driving test) or professional drivers (of buses, goods vehicles and public service vehicles).

The problem I have with the above is the limit should be the same for all and ONE limit.If you are licensed to drive a vehicle you should abide by the rules simple as and two BAC limits is rather stupid. As is when we pass our test it is a lifetime ticket to drive I also have an issue with that but that is a discussion for another day.

Recently in the news it has been said we should avoid self testing as it is not accurate and I find this reactive when people are willingly trying to be pro active and a simple test like this can ultimately stop you being banned from driving or killing someone. OK it might not be accurate according to calibration levels set by the garda but lets be honest here they have not had a great run either when it comes to figures either,its the world we live in.

So what is Alco sense which has recently hit Ireland..

The Alcosense Excel senses the volume of breath exhaled during the test and takes a reading after 1.2 litres of air – ensuring the most accurate and consistent sample is always taken.  Easy-to-read on-screen prompts coach you on how to, and when to, stop blowing.  If you make a mistake, it tells you that too.  And if you’re using your breathalyser in low light, such as a dark Winter morning, there is a light to ensure you put the blow tube into the machine correctly.

Need a job in IT or tech? Click the image below

To improve accuracy even further, readings are fine-tuned according to temperature so even if there is the biggest snowfall for 30 years, the Excel will compensate to ensure the correct reading.

The AlcoSense Excel can also be set to any worldwide limit­.  With detailed, clear readings in traffic light colours, the Excel will clearly alert you not to drive if you are close to or over the limit.

OK so that is AlcoSense and it is really meant for the morning after which is when many people get caught out thinking it is ok to drive which is fine. For me you should test before you go to bed so you can allow more time next day if required So I tested this out over a period of time and tested before I drank and had a meal and after my meal at both allowances here in Ireland to see how effective it is on both sides of the fence and I found it to be accurate with one small issue but nonetheless it works and results conclusive.

Set up is simple and its slide form factor reminds me of slider phones and its also a very portable unit. Once set up and to your PERSONAL limit of 20 or 50mg you will blow into the tube,there is several provided in the box and blow for around 6 seconds,don’t worry if you get it wrong it will tell you. Then you await the result to your set limit and your faith awaits you.

One issue I found was a Sensory Overload where by the manual it tells you have consumed more than a human can take in which is a false negative and means you just blew into the tube directly after having a drink and this will lock you out of the system for 24 Hours and acts as a sensor saturation repair so if you are not familiar or unsure how to use it and want to test before you go to bed don’t because you will not be able to use it the next morning which what the product is designed for but as mentioned there is no harm to check the night before either. Other than that it just works and would certainly recommend one even though they might seem pricey its a cheap price to pay if you have to use your car or drive a vehicle when you think about it.

The AlcoSense breathalyser range is available in Ireland from Halfords or direct from the company’s website – www.alcosense.ie

Note. This test was based purely on my Alcohol intake over an 6 hour period between a meal. 2 pub shots baileys and 5 pub measure shots of Captain Morgans with Orange. Results will vary per person.