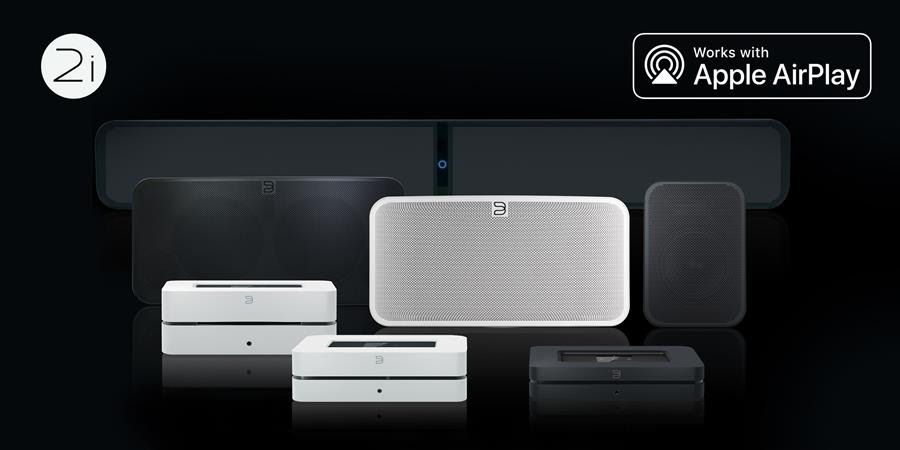 Bluesound, a leading developer and manufacturer of wireless multi-room music systems, today announced that all Generation 2i streaming music players will receive a much-anticipated software update that will enable Apple AirPlay 2, allowing users to stream audio from their iPhone, iPad or Mac computer to Bluesound.

On December 11th, all Bluesound customers will be prompted to update their players to the latest version of BluOS, Bluesound’s award-winning, proprietary hi-res multiroom platform. For customers with Bluesound’s newest Generation 2i players, the software update will enable AirPlay 2. Gen 2i users can then stream music services, podcasts, audiobooks, movies, games, YouTube audio, TV sound and stored music from their iPhone, iPad, or Mac computer to any Bluesound Gen 2i player on the same WiFi network. The integration also gives Apple Music listeners the ability to control playback on their Bluesound Gen 2i using Siri voice control.

From streaming music to a NODE 2i in a hi-fi system to driving the latest Netflix movie soundtrack to a PULSE SOUNDBAR 2i, AirPlay 2 seamlessly integrates the power of iOS devices with the high-fidelity audio performance of Bluesound. Multiple Bluesound Gen 2i players can synchronously play the same stream, or users can opt to push different content to individual players around the home.

The good news continues for Bluesound Gen 2i users with older Bluesound products in their home network. Using the BluOS Controller app, previous generation Bluesound players can be grouped with a new Gen 2i unit, allowing them to play the same AirPlay 2 streamed content.

With AirPlay 2, Bluesound Gen 2i has become the ideal solution for Apple users looking for premium sound quality and seamless multi-room convenience.

What is the best software for an online gaming website?

The Ultimate Guide For Training Your Workers For New Technology Adoption