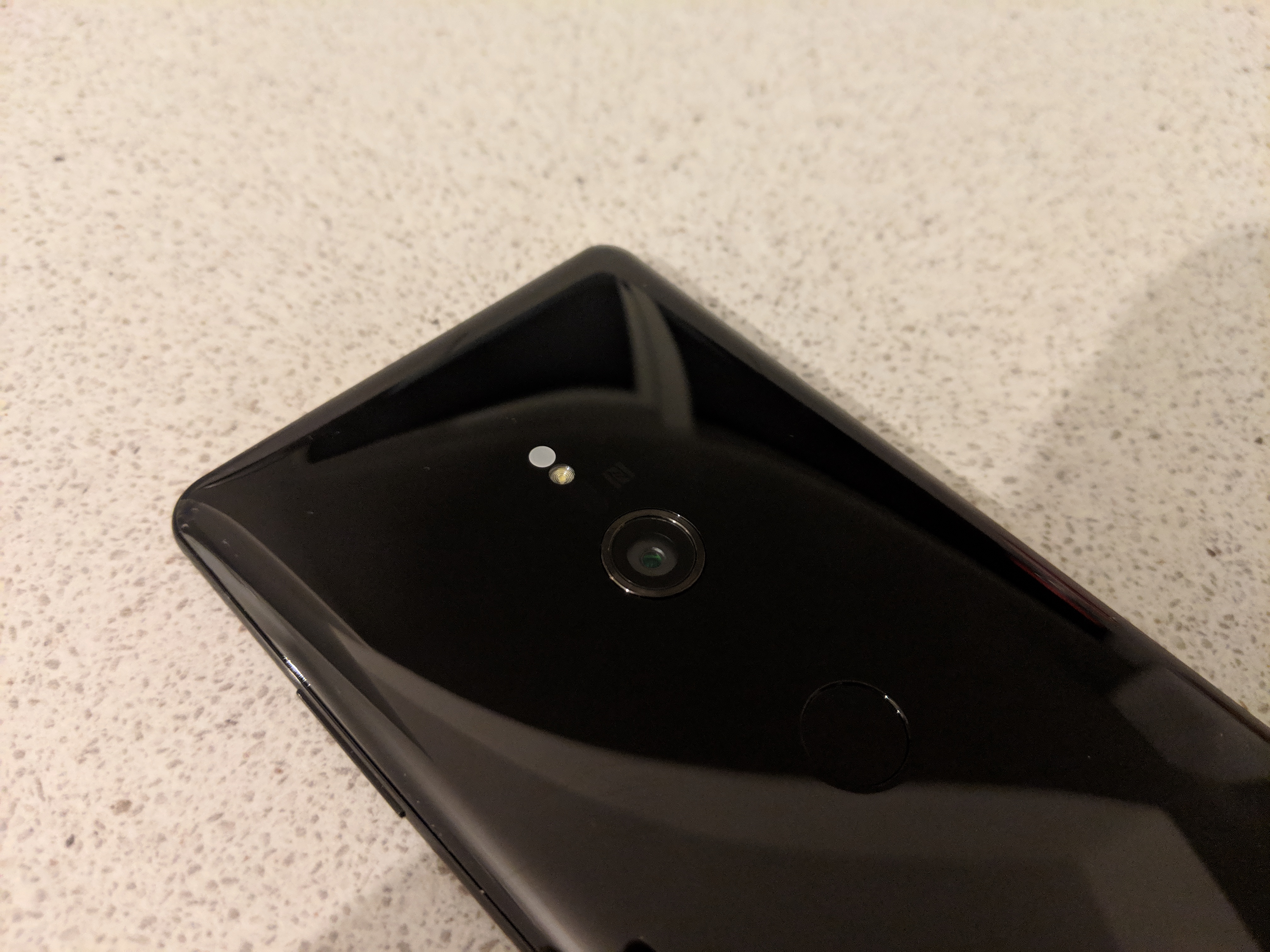 The Sony Xperia XZ3 came in a standard box with no case and some accessories, Other manufacturers take note when it comes to dongles! The phone is longer than most phones used but not as wide as many allowing single hand texting. The buttons are located on the right edge allowing again one hand use.  The square edges design and sharp corners as seen on the older XZ1 has gone.. Finally!

The Sony Xperia XZ3 looks more like an S8 in term of feel but longer & wider. Both are unclear which is the top or bottom of the phone without pressing a button.  The Xperia XZ3 is dust-proof and protected from water damage, can be (in theory) full immersed in 1.5 meters for water for up to 30 minutes). IP65/68 water-resistant design & Corning Gorilla Glass 5. The screen is OLED covered in Gorilla Glass 5, with aluminium chassis, the phone came with no propriety pin to access the sim card, instead allowing a thumb or finger, to open the flap located at the bottom left of the phone to reveal the SIM card slot. Jim gives a first impression here in the unboxing below.

The phone came with great Camera apps, e.g. 3D Creator, the 3D Creator allows high-resolution 3D scanning, creating 3D models of physical objects in a matter of seconds. This is a great feature of this phone which was previously discussed on

The camera had other impressive features e.g.  Bokeh which allows you focus on an object on the screen and allows you to blur out the backroad images, this was impressive for Instagram photos.  The 19MP Motion Eye camera software developed over years on Sony camera allowed the camera to make decisions on the image and utilise 4K HDR Movie recording or film 960fps Super slow motion in Full HD resolution.

The screen is OLED which was immense, watching video on YouTube or Netflix shows a remarkable difference as compared to other phones. The colour and details stood out. Sony vast experience in the area showing its high-contrast, colour and detail of High Dynamic Range (HDR) was superior. The definition on the screen can be so good that on some videos its shows the limitation of a poor-quality video, is like have an old camera phone photo displayed on a 46’’TV you can see the limitations, this was notices on older videos. Some videos were compared with an iPhone, Samsung phone and this Sony product. Sony quality was noticeably different on the screen.

Sound as expected from Sony was excellent with a bonus connector in the box allowing the use of the USB Type-C™ to 3.5mm Audio Jack Adapter. The audio seemed realistic with the use of an internal speaker, the Sound was loud and clear, the specification was of high-end. To top it of the dynamic vibration is an extra treat and this should be a standard.

The Sony has all the usual features expected in a high-end Android phone, Fingerprint sensor, great camera, OLED (organic light-emitting diodes) display, excellent sound. The Gorilla Glass 5 and IP65/68 water-resistant ensured the phone can take a knock or two. The battery used Smart Stamina to increase the battery life. The Aluminium frame which looked good had issues due to the slippery nature of the design resulting the phone could fall out of a pocket/hand easily. This however can be addressed with some phone cases which Jim will have covered.

The camera is lower in the back of the phone, which can result in the finger blocking the camera.  Ignoring the niggles of personal choice, this is a Smartphone, looks good, feed good, works great, excellent software, abundance of advance features is a favourite from Sony.