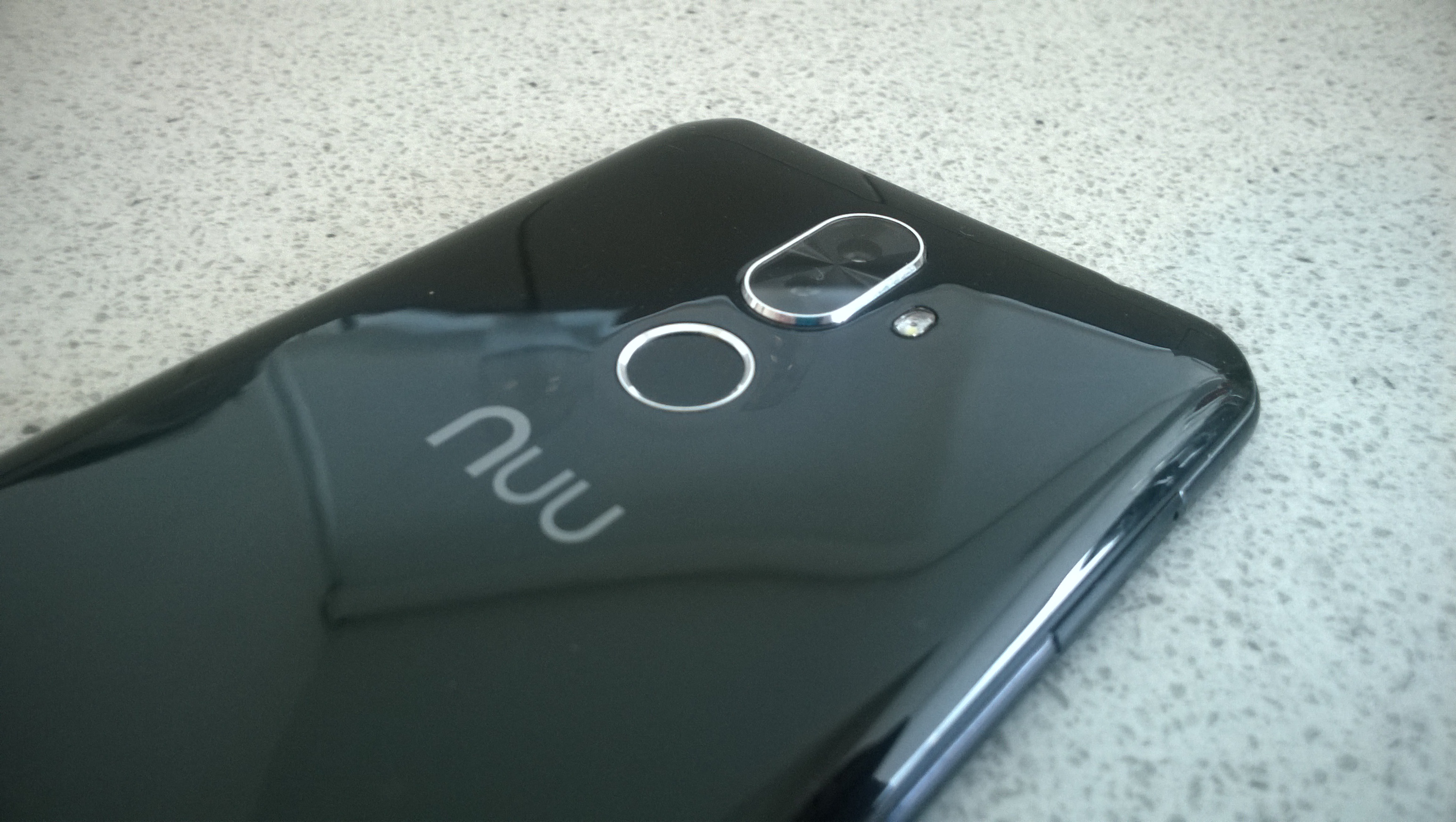 The  €1000 euro plus phone boom is going to be over soon as now we have many new players in the market offering great specs at half the price why would you go out and spend that much?? Ok we can argue this that and the other and I can’t exactly talk myself with my own personal device portfolio but over the last few months I have been testing phones much cheaper and for the average joe soap they are more than adequate and I have enjoyed testing out many of these affordable devices and one company who has recently entered the Irish market is NUU with affordable phones and the most recent device to test was the NUU G2

The build quality alone on this device is excellent just to begin with a smooth finish and sooth edges it easily passes for a more expensive phone than it is.Then you move around to the back to see the dual camera set-up ,flash and a fingerprint scanner which is the norm today even for flagship devices although some are now racing out to see how many lenses they can put at the rear of the phone which is getting ridiculous, take a look at the Pixel 3XL for example.. ONE LENS..

Also you get a case thrown in for good measure and after that you are good to go. They keys on the device are also tactile and work well given they are on the smaller size and not as raised as some can be,all in all it works well and feels great to hold and use.

The 5.99 inch and 18:9 ratio screen means the G2 is ideal for media consumption on the go or at home and the display is not too dim either and to top it off it has a huge battery at 4000mAh to keep you going for a day easily, I am a power user but needed to top up in the evening but for the average user easily a full day will be seen here.

The camera is also not shabby. With a dual setup being 20MP and 2MP with flash. Sometimes it was a hit an miss with photos but overall it was a fine experience for those not to worried about the imagery higher end flagships can post out but in some instance this did quite well compared. You can see image and video footage below and some images shot here I done the same with my Pixel 3XL which are on my twitter and insta feeds you will easily spot them. You also need not worry about storage as you get 64GB internal and that can be expanded via micro sd to 128GB.

Consuming media was fine nothing to worry about here, Again this is for the average user who is not a PPI freak and you would find it hard to differ bar a slightly darker screen on some occasions but in general its good for the money. Using headphones the sound was fine again nothing to worry about and the speaker is plenty aloud.

For gamers you will be fine on low processing games but the higher end games sometimes dropped frame rates but in general it will run fine but I am not much of a mobile gamer personally and tried a few known heavy processing games but for the average games now used on phones today it zips along.

Call quality was fine too and both ends crisp and clear and to sum things up and keep it simple, If you are on a budget you cant really go wrong here for an overall solid performer and to top it off its a looker too but I would go for the Blue version. Like I have been saying for a while now the cost to performance ratio is coming down and this fits in well here considering whats out there.

See more on the NUU G2