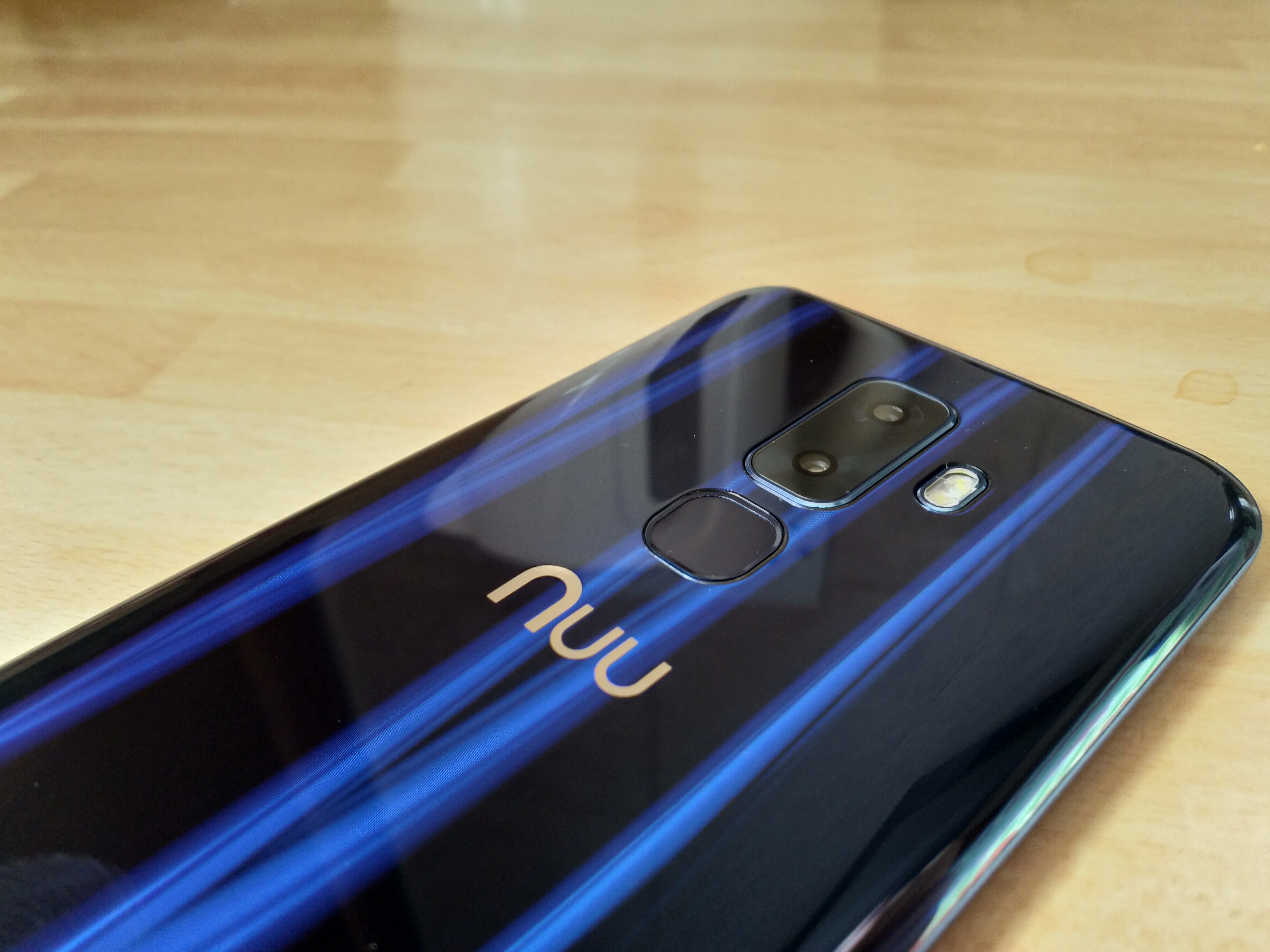 The Asahi strengthened glass casings was strong and solid to feel and hold in one hand. The feel of the phone was of an expensive phone with a soft dual curve screen.The supplied TPU Case was a nice touch for a case, basic but practical and will not leave you searching but they have their own cases which you can see reviewed HERE

The Mediatek Helio P25 is an upper mainstream ARM SoC for smartphones (mainly Android-based) that were introduced in 2017. It is manufactured in a 16 nm FinFET+ process and is equipped with 8 ARM Cortex-A53 CPU cores. The cores are divided into two clusters, a performance cluster clocked at up to 2.6 GHz and a power efficiency cluster clocked at up to 1.6 GHz. The chip also includes an LTE modem (Cat. 6).

NUU Mobile was founded in 2010 as a partnership of the Hong Kong-based Sun Cupid Group and U.S.-based Noetic Inc. They are a designer and manufacturer of unlocked Android™ smartphones. The Chinese company has expanded throughout Asia, Europe, and the Americas NUU Mobile have entry-level, mid-range and flagship Z Series phones. All NUU Mobile smartphones are protected by a two-year limited warranty. These smartphones feature two SIM card slots, expandable microSD™ storage.

The G3 works seamlessly on all major UK networks such as EE, Vodafone, O2, and Three. Plus all other carrier brands.

Easily switch between two numbers and data plans using the built-in Dual SIM feature. We are proud to say this is the most advanced Android unlocked cell phone that NUU Mobile has designed for the smartphone market.

The unique glass-designed body allows for enhanced signal detection and output, while VoLTE technology ensures that your conversation is crisp and clear. This also means you will always have a strong signal for both 4G LTE & Wi-Fi connectivity.

The G3’s front camera and 88 degree-wide angle lenses is perfect for anything from close-ups to portraits.

The f/2.0 aperture lens in the G3 reduces noise just where it’s needed enabling bright, clear images even in low light. The unique lock-on function that tracks moving subjects and keeps them in sharp focus.

Powerful, built-in performance. The G3 comes with 64GB of storage and can be expanded using microSD cards up to 128GB, allowing you to store thousands of photos, video, music and more.

The ultra-thin 3000mAh battery with fast charge and advanced battery performance optimization have been designed to make your G3 work all day with just one quick charge.

Unlocking your smartphone has never been easier or more secure than it is now with the facial recognition and fingertip digital sensor technologies built into the NUU Mobile G3.

The G3’s facial recognition technology studies your facial features to build your own facial map for a true encrypted password that is unique for every individual. Next-generation fingertip digital sensor technology recognizes your fingerprint instantly, also allowing you to unlock the phone with the touch of a finger.

The G3 unlocked phone is also equipped with a cool feature called Android Beam. This allows you to send contacts and files, share photos and videos, and even beam webpage links to another Android device by simply bringing the two phones together.

This smartphone has similarities to a Samsung’s high-end Galaxy phone. This is a budget smartphone with high-end features, acceptable audio, and NFC for android pay.  The most striking feature on the smartphone was the sapphire blue colour which stood out amongst a variety of phones.  The dual curve screen was comfortable in the hand allowing one hand use when texting and so on.

The phone lacks some features in terms of not being waterproof, has no 3.5 mm Audio Jack which is a common trend,The smartphone lacks the option of wireless charging and takes up to 2 hours to charge. The dual camera mode on the back of the camera worked well on occasions but lacks clarity when used in poor lighting. Given there is no wireless charging it is not a huge thing as many phones yet have to adopt this feature and here in Ireland it is a slow take up with consumers in general.

Design and build on this device is up there with high end smartphones and is a joy to hold with a glass back and front overall this sits with high priced devices when it comes to looks and build and you cant really complain about it at all bar the fingerpint magnet backing which is normal in this set-up.

The Nuu Mobile G3 is an Unlocked phone, not tied to any network which has the advantage of allowing any network sim and does not contain the watered-down version of android The Dual Sim is a great feature allowing a work sim and personal sim on the same phone. This phone is a pleasant surprise within the price range, the build quality and features stand out above its weight.