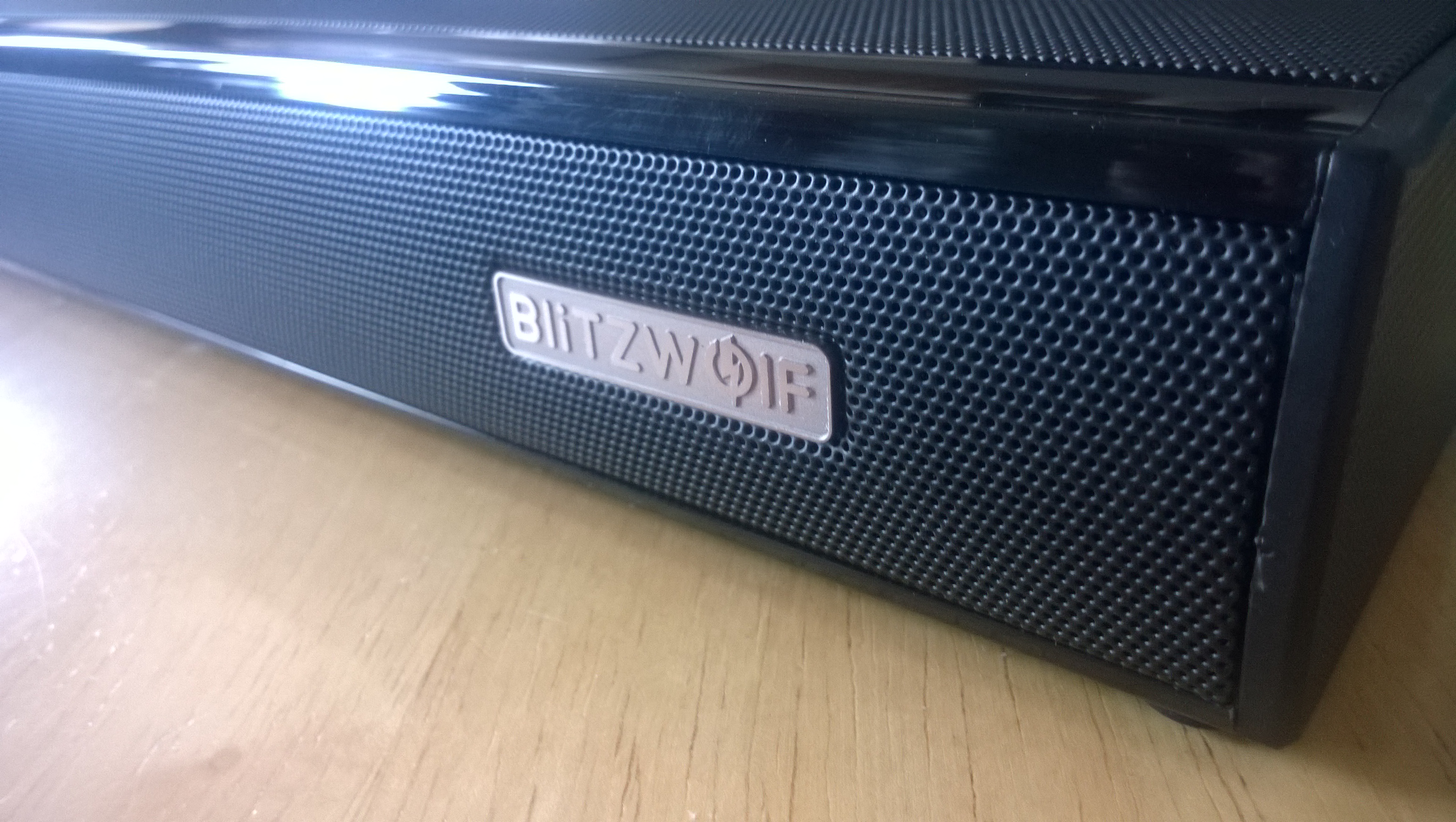 Most TV sets today come with speakers built in but depending on what direction they are firing is another matter and also how they really are. Some sets come with speakers top and bottom or on the side but now with bezels getting smaller following the trend of smartphones we tend to see them underneath which in my opinion is a but pointless.There is however options to fix this via soundbars which are a good idea once executed well.

Soundbars come in several sizes and have some great functionality and some are just rubbish.. This one we tried out falls about midway but for the money its good value. Given there is no display on board here this a dealbreaker for some however it is simple to use and you get a simple to use remote, Yes another remote but it is what it is. There is an LED built into the front panel which will give you a status and you get a beep when you switch source. The lenght of this unit is on par with other offerings out there.

This soundbar comes with mutiple scources to pick from and incudes USB which is great if you have tunes stored on one. Most will use the HDMI ARC option though.It is simple to set up and get going once you have a power source and this makes it more portable around the house if you want to switch rooms for example.

On testing on two TVs here it sound fairly well but will not rival more expensive ones with a 60W max output. I found the volume decent enough and sound reproduction good. One thing I did notice it sounded much louder as a standalone bluetooth speaker and really packed a punch here. Its not an ideal size to have a bluetooth speaker but with the performance in this department it is something worth considering as its flat and can be tucked into a corner or left sat on your table for example and it will certainly fill the room with decent audio.

Overall for the money we are talking here it is worth a punt given its plain looks and lacking a display but the fucntionality and easy to use remote and buttons on the speaker its worth the money if its your first time to use such equipment or if you have not tried one before this is a good place to start. The only issue for me was cable managment on the rear but this depends on where you plan to let is sit permanently or if you want to move it around, HDMI and power cables will limit you to your set up depending on where that is, In my own house which will would have been placed over the fireplace for example the cables pushed it away from wall leaving it leaning a bit too much over the ledge but thats my set up in house which there is nothing I can aboutbut just and idea if you have a wall mounted TV.