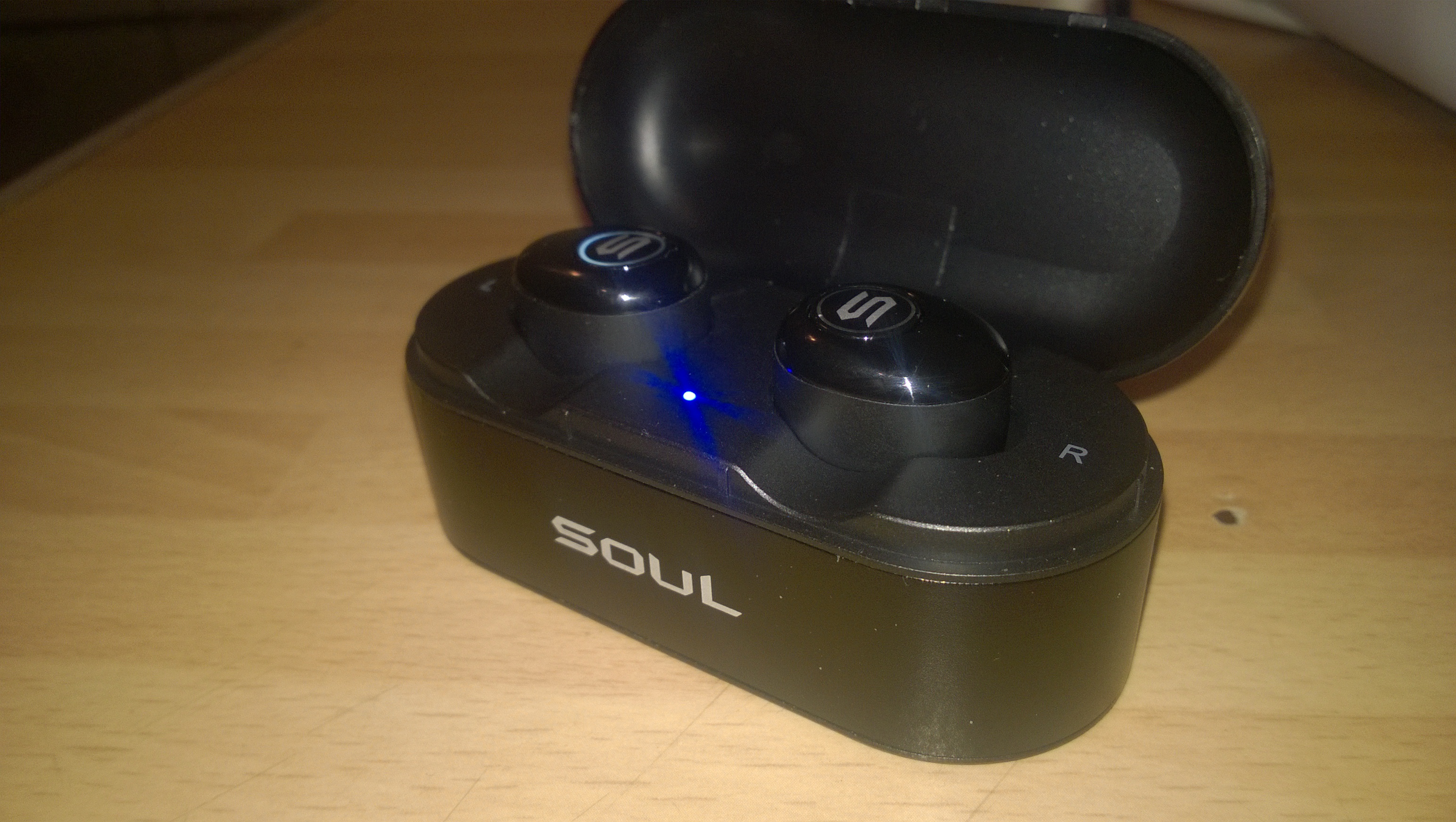 This is my first pair of earphones of this kind without the wires and come tucked in its own little charging box which is pretty cool too and it also keeps them save and sound and also charged which is great for those on the go, Given you have a small box so to speak to carry its small and compact so its not a bulky object to be stowing in your pocket its pretty neat and to add to the flavour it magentised inside so your little earbuds wont be knocking around inside it either ..

Excellent all round including its charge case, They have a generic design of your typical in-ear experience and constructed mostly of plastic but they do sport an IPX4 rating which is basically sweatproof  and seeing they are so light they would withstand plenty of drops,they are housed in plastic but have a rubber type touch coating which does give some addtional grip, On both earbuds there is visible connectors which do the obvious so it would be advisable to try keep dirt away from the contacts also note they are magnetised so they can stick to each other too so you wont loose them.

Having used these for a while I did find they did fall out the odd time perhaps not the right size for me even with the included extra sized buts included in the package but I typically suffer from random drop-outs on similar buds but mostly on excessive workouts or running. The only fear I would have here is that if one fell out in an awkward place like a shore for example its gone whereas a wired offering similar to the Prime for example would be a safer bet if dropped on not loosing one of the earbuds.

A slightly different setup to most as you can pair separately ie one side or another or both,this is a handy option meaning you can just use one at a time for your car or office for example or you can sport both this will depend on the individual and their specific needs,for me having the choice was a better option meaning I could chose which side I want when I want or just use both depending on what I am doing. There is of course voice enabled notifications called out to you on pairing etc which helps being so small.

They sound pretty good considered the price they come at compared to other packages on offer knocking out all mids,highs and lows pefectly fine I am no expert in Audio but for the general user whom is not seeking the ultimate definition of sound will enjoy them and I have tested more than enough earphones and headphones to tell you when something is basically brutal when it comes to dishing out sounds,these are not brutal.

When it comes to volume your out of luck for changing this from the buds themselves your are strictly limited to using your paired device be it a phone or tablet,with no cable and their size you can forgive this caveat so you will need to use your connected device to change the tone and volume its not all that bad and its not much trouble. There is one button on each side and both clicky with feeback so you know you have done a command, you have the usual play,pause,skip track options but you can hang up on calls and connect to Google Assistant if you use it.

Seems to be on par with their claim which is around 2 Hours on one single charge which might put people off but dont forget your charging box provides you with more on the go up to 4 times in fact so that would be plenty for those who may use them on a commute to work for example.

For the money you will be happy and this is the trend now with more manufacturers offering earbuds like this and there is many on offer today but they command a higher price offering similar in specs etc. Not the loudest in the world but not quite either but then again my preference is really loud and always has been but in a quite enviroment you will be happy with what they offer,outdoors you might notice more external noise but everyones ears are different, For the price you get a great prodcut if you want something simple,looks good gives great sound these are for you but for those on an excessive fitness regimes may want to consider the PRIME WIRELESS but having said that its just perhaps my ears that have the problem keeping them in.