RunPee – An app that alerts when you can run for a whizz at the cinema. #RunPee #Cinema 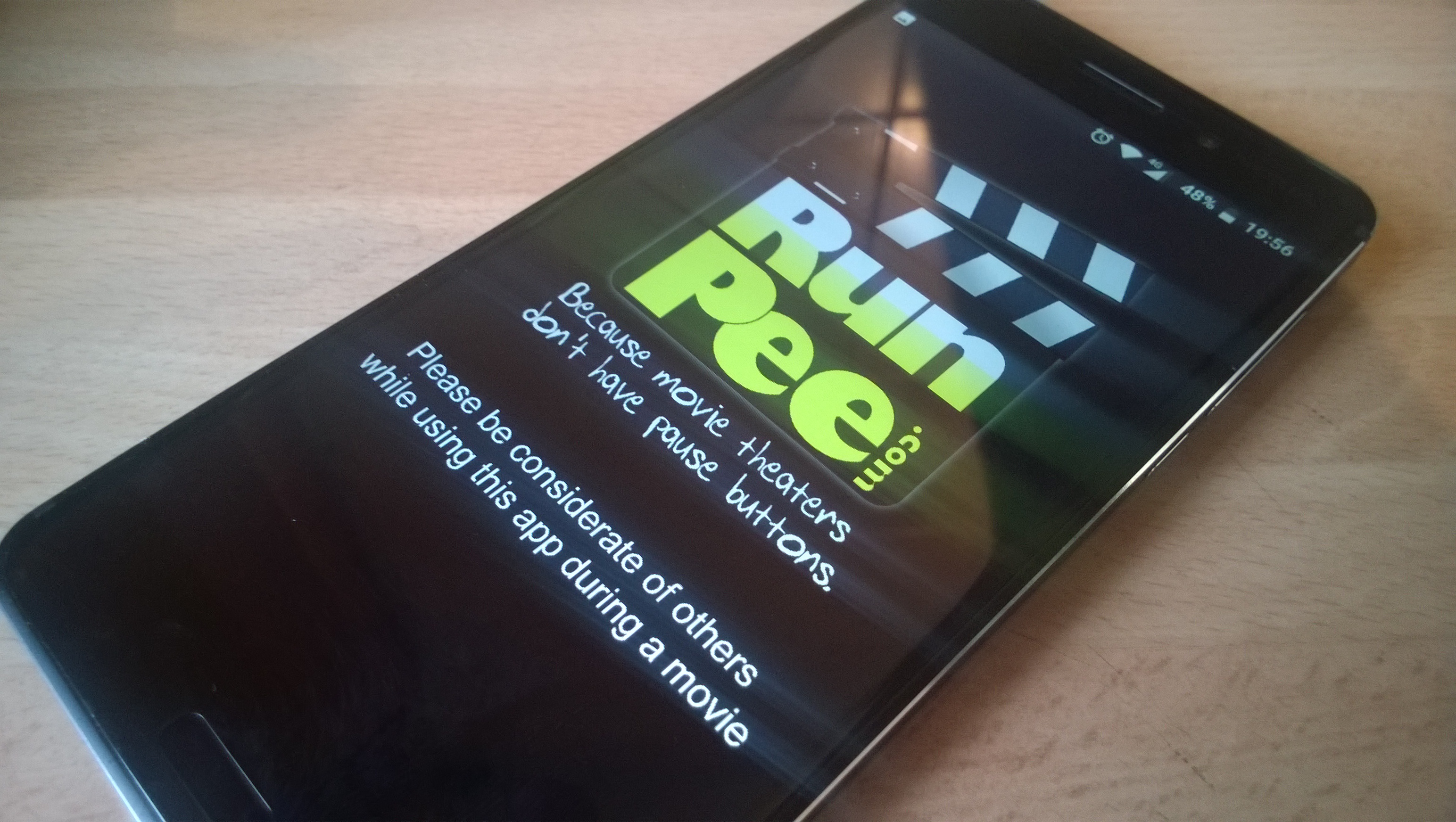 If you are a cinema goer this could be an invaluable app but again you could argue its something that occurs naturally but this app is designed to let you know when a certain part of a film is boring and it also tells you if there is extras after the film which is something many flick lovers like myself included.

The app is constantly updated too so you need not worry if something should be missed. This is quite a handy app when you think about it because in many films there is always the boring part and this cn go on for some time but then again so can the best bits but this is when you can control nature as the app will tell you when its best to dash off to the loo and not annoy too many cinema guest in the process. There is an alert function which works by vibration so for those who detest phones in the cinema it’s another bonus.

The App itself is clean and has a simple UI with an array of settings and you can also sign in,search for movies,update and sort alphabetically,You can also go back from 6-12 months in the app,get ratings running times and release dates.

As RunPee say they have your bladder covered and there is for now sadly no pause option in the cinemas. Download below and let us know what you think.