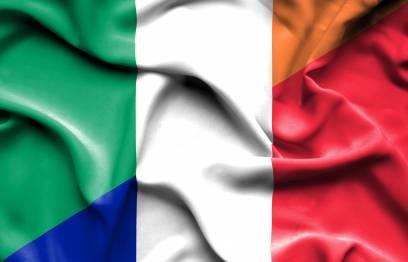 The Irish Research Council and the Embassy of France in Ireland will celebrate the 20th anniversary of the Ulysses scheme this evening (29.05.17) at a special event in the French Embassy.

In advance of this evening’s celebration, the Irish Research Council has highlighted some of the research supported by the Ulysses scheme over the past 20 years, including:

Commenting on the success of the Ulysses scheme, Peter Brown, Interim Director of the Irish Research Council, said:

“We are very proud to jointly celebrate the 20th anniversary of the Ulysses programme. Promoting international partnership is an important part of the Council’s mission and indeed is key to the development of Ireland’s research system as a whole. Mobility and international collaboration between the Irish and French research systems fuels new knowledge, skills and experience which, taken together, have a hugely positive impact on the participationg researchers.

“We are delighted to see that Ulysses’ laureates have used their experience to further their careers and establish themselves in academia.”

French Ambassador to Ireland, H.E. Jean-Pierre Thébault commented on the importance of the Ulysses scheme. “Each year, this programme attracts excellent researchers on relevant topics, from fundamental research in astronomy and mathematics to very applied research on subsects such as marine energies and health.

“Its success demonstrates the quality of the Franco-Irish collaboration in research.”

The Ulysses scheme funds applications across all fields of research. Since its establishment, the scheme has funded over 600 awardees. Further details on the 2017 call can be found here.