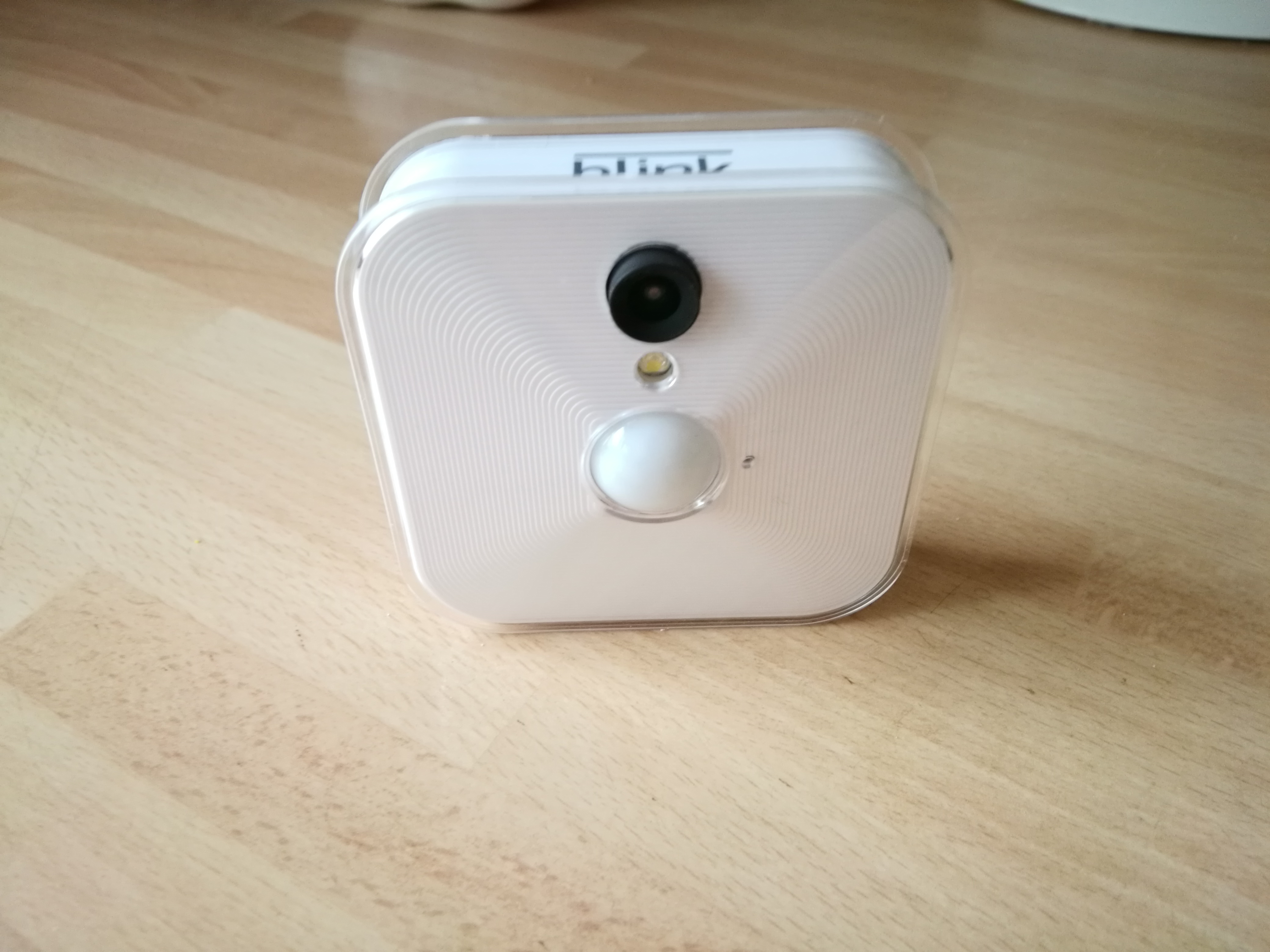 Today we are more security conscious than ever and we now also see more and more offerings on home security or CCTV systems for sale in our DIY stores and the likes. However these come at an expense and can run into hundreds of euro even thousands for a basic model and again none wireless.

OK we can argue with some of these that they are great and you get all the trimmings including a remote control similar to your gaming pad but what about a hassle free simple to set up system you can entirely run from your smartphone ? We have been testing Blink and its actually a brilliant piece of kit and it took me less than 5 minutes to set the whole system up..

Packaging is simple and the contents the same there is no messing around here at all, You get your camera pack and sync pack a booklet,bracket and one screw and yes there is batteries included,Two walkman style batteries to be exact. The one screw is all you need to fix the camera in place,the sync box can be plugged in anywhere in the house due to wifi connectivity or you can use a cable to connect it direct to your router,all you need after that is the app Blink app itself..

Once you have done all the unpacking you will then download the app from the App store. Next thing you need to decide is where to place the camera or cameras. Once this has been done you should them begin to use the app and follow the simple set up steps, Connecting to your Wi-Fi is simple just like any other device in house the camera modules even have QR codes to scan so you dont have to manually do anything you can then name the camera for example ,upstairs or downstairs as I did.  Once set up is complete you can then reposition the camera itself by simple moving it on its bracket which there was one caveat here for me. You could not adjust the angle vertically but you can move left and right and angle to an extent, a ball and socket joint would have been better here than a fixed clip in..

Once the cameras are in place and you have all the set up complete on your device you will have some menus to play around with to change the settings,again these are easy to follow and easy to adjust. When you open the app you will be presented with a static of the final position of the camera and you can either watch live or take a snapshot, the sound and quality is actually better than I expected it to be I was particularly impressed with the sound playback and the video quality is also excellent and again better than what I assumed it maybe… You will  notice a mirco USB port on these and they are for powering the unit with NO batteries if you like,though the batteries last two years.

The quality of the camera is good which to be fair would be also on the light available though outdoors seemed more favourable for the best quality images or live streaming from your mobile phone. As mentioned already the picture is crisp and clear under the right conditions and the sound is always crisp and clear. Given I tried both indoors and outdoor testing I think the outdoor scenario pointing out into direct light suited better though the camera can be used indoors which is good lighting conditions would vary and also where your camera is placed so keep this in mind but overall its good though at times grainy but this would be the same problem for any similar product. See samples below,some edited for privacy..

Set up and installation.

It is simple to set up and install this which I like which also makes it portable in fact you dont need to get the tool kit out if you have somewhere you could just rest the camera,all you need is a philips screwdriver to stick it on the wall or wherever might suit once the surface is sound, If you however want a permanent fixture you would want to perhaps go pro and pre drill the wall and insert a plug but i dont see the need to because you may want to move the camera about depending on how many you have.

You can set motion detection on this via the app. Though I would advise this be activated if you are not at home because the accuracy is actually good very good infact it became annoying when I was testing it however this might depend on how you have placed the camera and what is in its line of sight but to be fair they notifications came faster than some I would get on social media feed or email so it s a good thing to have particularity if you are away and know there is no unexpected visitors or movement but you might pick up that cat or bird that passes by or lands on your window ledge..

Great idea simple to set up.. Its effective however no continuous storage. BUT… its portable,you can move at will with ease, Notifications are so fast there is no need for continuous storage and alerts are stored on your mobile phone so you HAVE FOOTAGE should you require it.. Overall the other important factor to think about is here is NO WIRES.. And finally its not expensive either..

If you have got one of these and have any set up issues do get in touch and we will assist you.. Also note as we have been asked if you are one of those who turn off your Wi-Fi or have it scheduled it will automatically reconnect so you can still enjoy checking on things no matter where you are straight from your mobile phone..