The #Nokia6 goes global and #Nokia3 #Nokia5 and #Nokia3310 are announced.#HMDGlobal 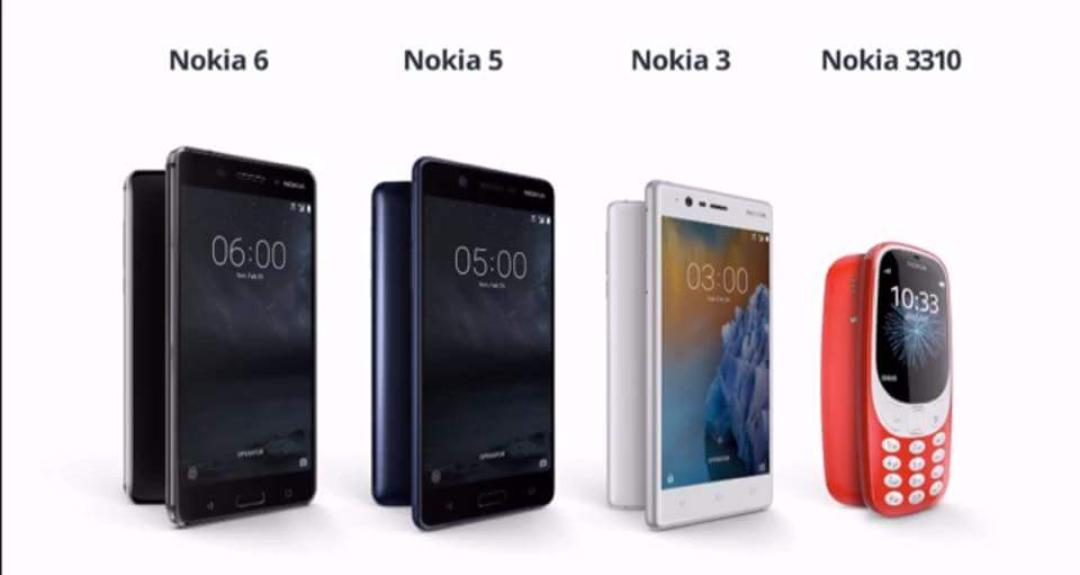 Nokia is back and back with a bang along with the old favourite the Nokia 3310.. But… No high end some hoped for the Nokia 8, This is again why do not write rumours  because in some cases its information thats not true and it gets annoying reading daily updates like “this phone will have this” etc.. You get my point.. With the Android market saturated can Nokia come back and reign champions again?? Time will tell and they have a good chance if they get the logistics right and dont follow rules of old such as selected markets only…..

Today Nokia made a few announcements which will certainly be of interest to mobile users out there today with the announcement of the Nokia 6 GOING GLOBAL also it will have special edition “Arte” costing €299 they also brought back an updated version of the much loved Nokia 3310. Not only that SNAKE is back and can be found in Facebook Messenger right NOW..

The #Nokia6 began its life in china and had some remarkable stats to show on entering the toughest market out there today.. Some thought this was a wrong move but as they said at the event they have set the bar high this time.

The Nokia 6 as mentioned will be now available globally in Q2 the standard phone which is the one that was first launched will cost you €229 and the Arte Edition will be €299..The Nokia 6 is carved out of one solid block and takes 55 minutes to manufacture just one device..

The Nokia 5 device announced today and a more affordable phone looks nice and comes in at cheaper price tag of €189 and its got good specs and a great build quality to boot..

Specs of the Nokia 5

The Nokia 3 is an even more affordable device so Nokia has all pockets catered for here. The Nokia 3 comes in at just €139 and it looks great too, All of the phones announced today sporting the latest version of Android look great in fact and have a great build quality and all come in at an affordable price too so lets look at the Nokia 3

The Nokia 3310 IS BACK.. This time is more modern looking and its got a colour screen to boot and of course it comes with snake, The 3310 will also come in a variety of colours and is set to cost round €49 which is pretty good,this will sell by the truck load when its launched.. Given it has a small 2.4 inch screen thats polarised this will not bother anyone but it will be fun using a phone with such a small screen today, I still have my original Nokia 3310 and booted it up last week and it was fun.. Already I have seen some in the media having harsh words for this device saying that its a throwaway device and that feature phones are dying, This is rubbish.. I would consider spending €10 -€20 a throwaway device not €50..

Feature phones are cheap devices and they mostly suit merging market which is still a thing and a device like this would be great for a back up device or a device to bring with you on a night out or a trip perhaps which is what I often do at times using a cheap phone…  It could be also great for the older generation who want something simple and again it would make a great gift..

The phone is said to have a months standby time and comes with a micro USB port for charging so you can stop looking for your old chargers now. I have lots if you need any btw.   The 3310 comes in 4 colours and there was no mention of swappable fascias as before which some had hoped for….

You can keep up with the latest news and sign up for announcements over at https://www.nokia.com/en_int/phones

If you have any questions fire away and check out my interview with Nokia some years ago.. Yes I still have a huge collection which has grown since this interview so now the collection will keep growing.. Also see MY TOP PICKS from the old times..