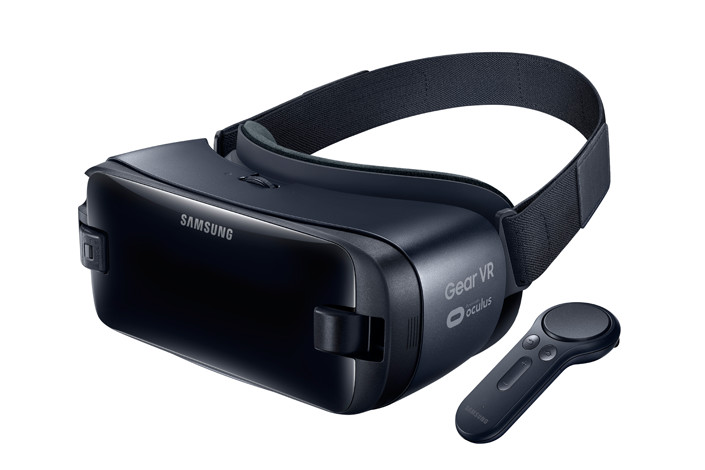 Samsung are present at MWC but forget about a Galaxy S8 announcement.

Samsung have a new Gear VR headset which looks much the same as last years iteration and it comes in Black again which is not so bad. Also this time round they have a controller to go along with the unit which means stuff… Stuff being expanding the ecosystem. This device is compatible just as before and you would also think the S8 coming in a few weeks time..

“At Samsung, we are focused on setting and exceeding the standard for VR experiences, making them even more accessible and delivering the highest in quality,” said Younghee Lee, Executive Vice President of Mobile Communications Business, Samsung Electronics. “The Gear VR with Controller expands our VR ecosystem to help consumers get more engaged and immersed in VR content – whether it’s games or videos.”

So that means when I get my S8 soon I will have to check this lad out perhaps Samsung might just bundle this with the phone on launch.. The price though but I would expect it to be a bit higher than previous due to the extras here..