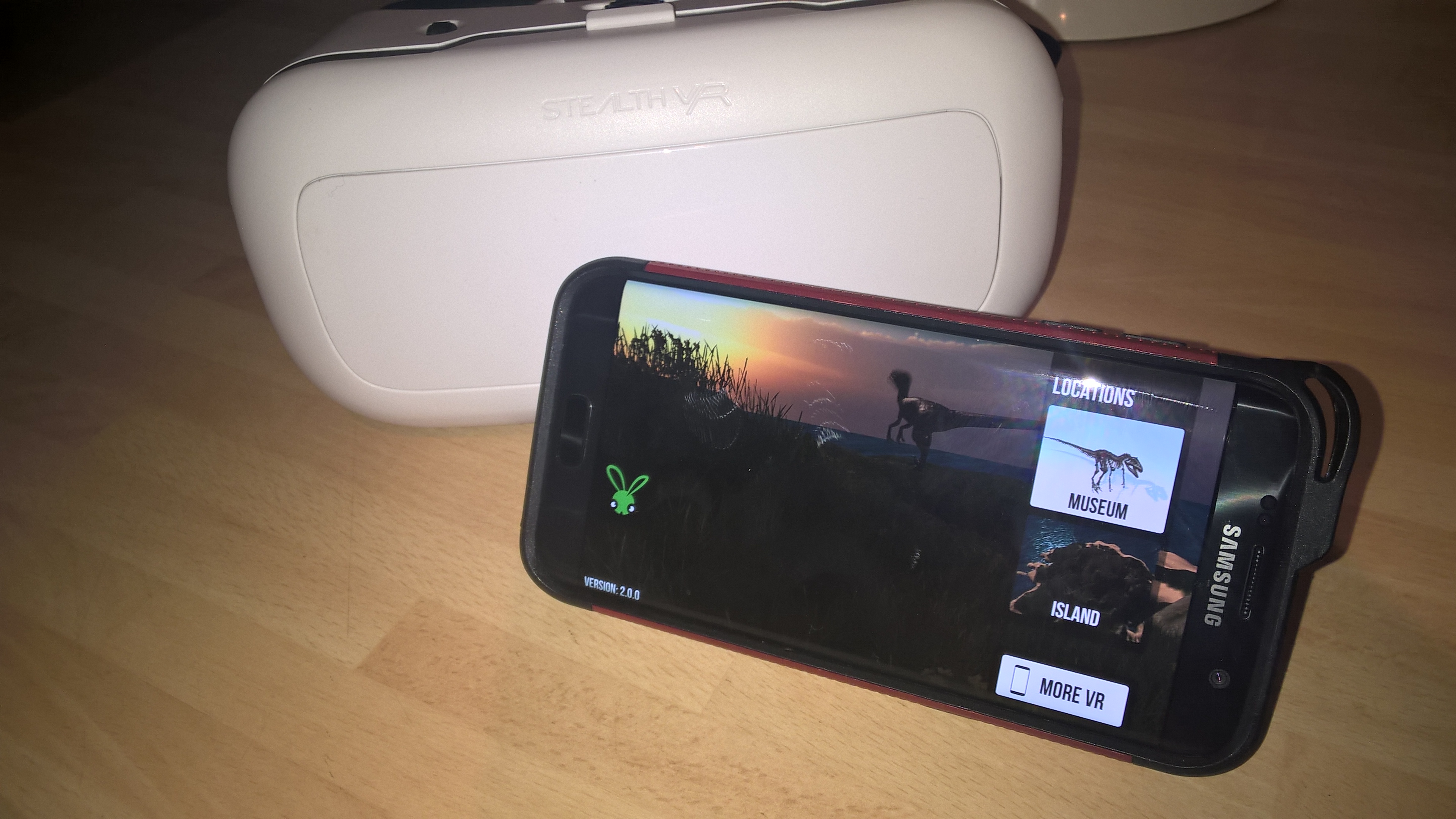 Perhaps something more for the kids but nonetheless its quite good if you are into Dinosaurs.. You can hop on a prehistoric creature and go for a ride and if you look down its quite impressive also the scenery is nice and at one stage a big whale jumps out of the sea when you just come to the edge of the cliff which is a nice touch… Jurassic VR has been a Virtual Reality sensation with a massive 3 million downloads to its credit,can this live up to it too???

Download this free VR game and travel back in time to the prehistoric times where you can roam the earth observing dinosaurs in a full 360 VR experience. Jump on the back of a Pterosaurs flying dinosaur and see how it is to fly such a huge creature; or hop on the back for a joyride on a Raptor and see how they lived their daily live. Watch out as you might run into a T-Rex along the way!

Want to inspect a dino up close? Take a trip to the museum where you have 5 halls filled with dinosaurs and a cool 360 video simulator that allows you to inspect interactive dino’s up close. A bit to scared to fly a dino then the simulation mode is an excellent way for players to ease into the prehistoric world.