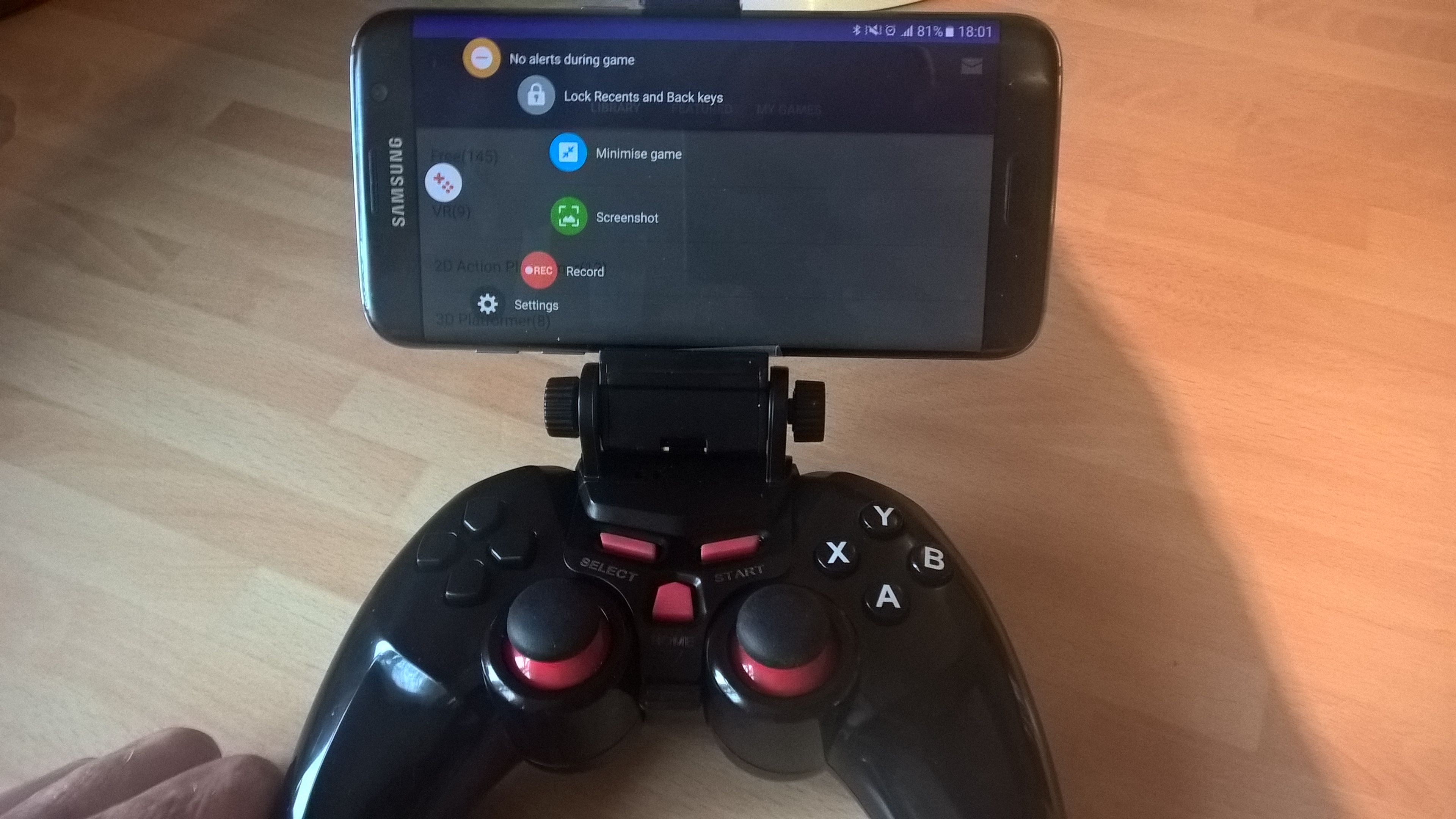 BEBONCOOL sent us over this gamepad to check out,our initial testing though was for Samsung Gear VR and how it worked but not only can it be used with Gear VR but you can attach your mobile phone to it and enjoy gaming in true style as if on your console at home..

The packaging is nice to begin with Boxed with a sleeve then presented with the company logo atop.. Sure why not!! On the outside you do also get a QR code to scan as there is an app available on Android scan this QR code and download it before you do anything else.There is quite a few games to pick from there and lots for free..

On opening the package you are presented with both the gamepad and clip to insert your device which clips onto the gamepad itself…. Underneath you then find some information booklets and a rather long Micro USB to USB cable which is quite handy..

The paring process is simple and once paired its time to start having some fun..I can see this being a popular piece with gamers in particular but this is also super for Samsung Gear VR for games that require a controller such as Temple run,It makes the game easier to play if you can stick the immersion as its really good and if you have not tried it go do it..

Using the gampead is just like using you typical X-Box or Playstation, On playing a few games on my own phone it worked fine but when battery got low at times it went a little wonky lets say,ie choosing to move by itself other than that it was fine,all buttons worked and where tactile, The same applied to using it on my Gear VR i tried both this years model and last years and yes the gaming experience is much better than using you navi pad on the headset itself the games became easier to play and you get that real game play feeling and if you are used to playing games on your VR well your arm does get tired holding it up for so long but with the game-pad its much more relaxing.

Build quality of the unit is actually good albeit a bit shiny especially under light but thats nitpicking its a well built solid piece and would well survive multiple drops. The bracket also fine but not sure how long it will last if in constant use due to the thickness but if you are only using it on mobile I cant see an issue here,the extendable arm will take most modern smartphones and with a Galaxy S7 edge fitting in it with room to extend you can be pretty sure you will get a good life with it..