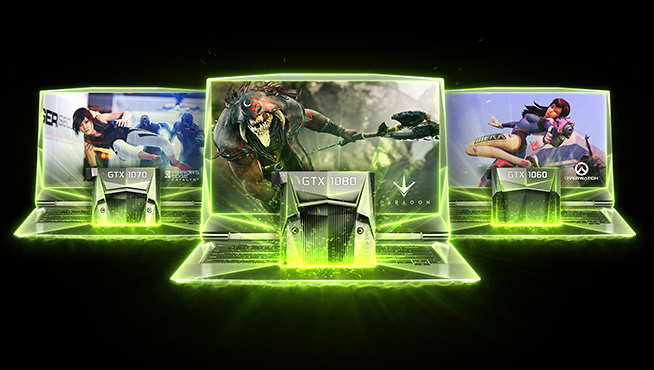 Something all gamers have always dreamt of, is having the same performance of their more than capable desktop computers when going on the road, but even the “gamer laptops” tended to be a little under powered compare to those bigger siblings.

Earlier this week, the company let us know that thanks to the new Pascal architecture made for laptops, we can now have the GTX 1080, the 1070 and the 1060 running inside “ultra-portable” NoteBooks.

And according to them, you´ll see only 10% drop in performance compare to desktop cards and up to 3x better performance over previous generations.

Some of the specs we have are:

Thanks to Pascal, we also have VR ready laptops, with support even for 120Hz monitors.

By now, we’ve seems lots of OEMs jumping on the train to have the latest offers, but something to have in mind will be cost.

There’s no official price at the moment but the MSI computer that already carry the cards are nowhere near “cheap”.

So is up to you, Will you get your “portable Master Race PC” as soon as they become available? Or will you stick to game just at home?