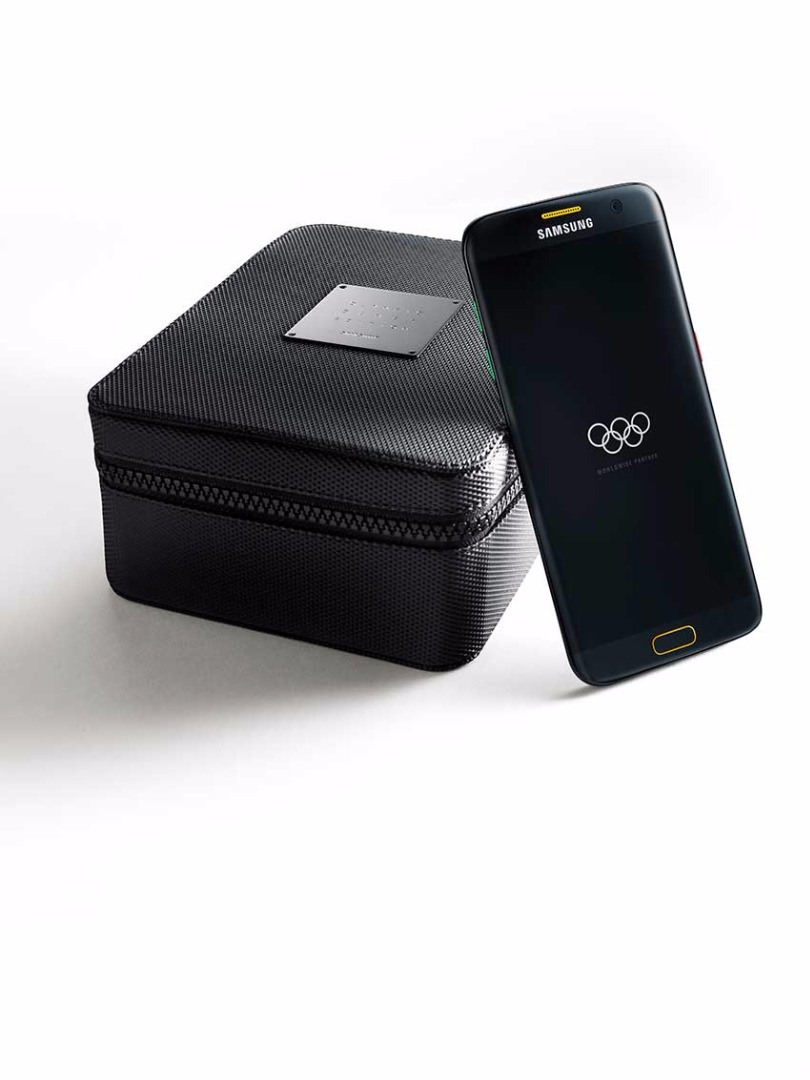 Something that’s becoming a tradition lately, is having an “Special Edition” phone from “x” line up from a strong company, but in recent times Samsung has put it “out-of-the-park” with their Limited edition models.

At the beginning of the year they brought to us the “Batman Edition” (in a trend of having superheroes theme phones, this was the best offering) and now, as sponsors of the 2016 Olympics in Rio, they have something else to show us.

Hardware-wise is the same S7 we all know, with top-notch specs and IP67 ratings, but what makes this device unique is the outside look (as if having a dual curve functional glass on the front wasn’t enough).

With custom patterns to give the usually plain finish, some colorful details.

All of which, will match the five official color rings from the Olympics.

Another thing to have in mind is the “limited quantity” of copies are available. Only 14,516 phones ill be made, 12,500 out of which,  are for the “Olympians” which will be bundled with the Gear IconX headphones, letting just 2,016 copies to consumers.

There’s still no word on price, but we can expect an extraordinary tag to the already “not so friendly” GS7 price tag.

But let us know! What do you thing about this trend of releasing “themed phones” which sometimes has nothing really important to offer, than a simple “make over“? Would you pick one up if you have the chance?

Take a look at how it would be having this “Special! model: