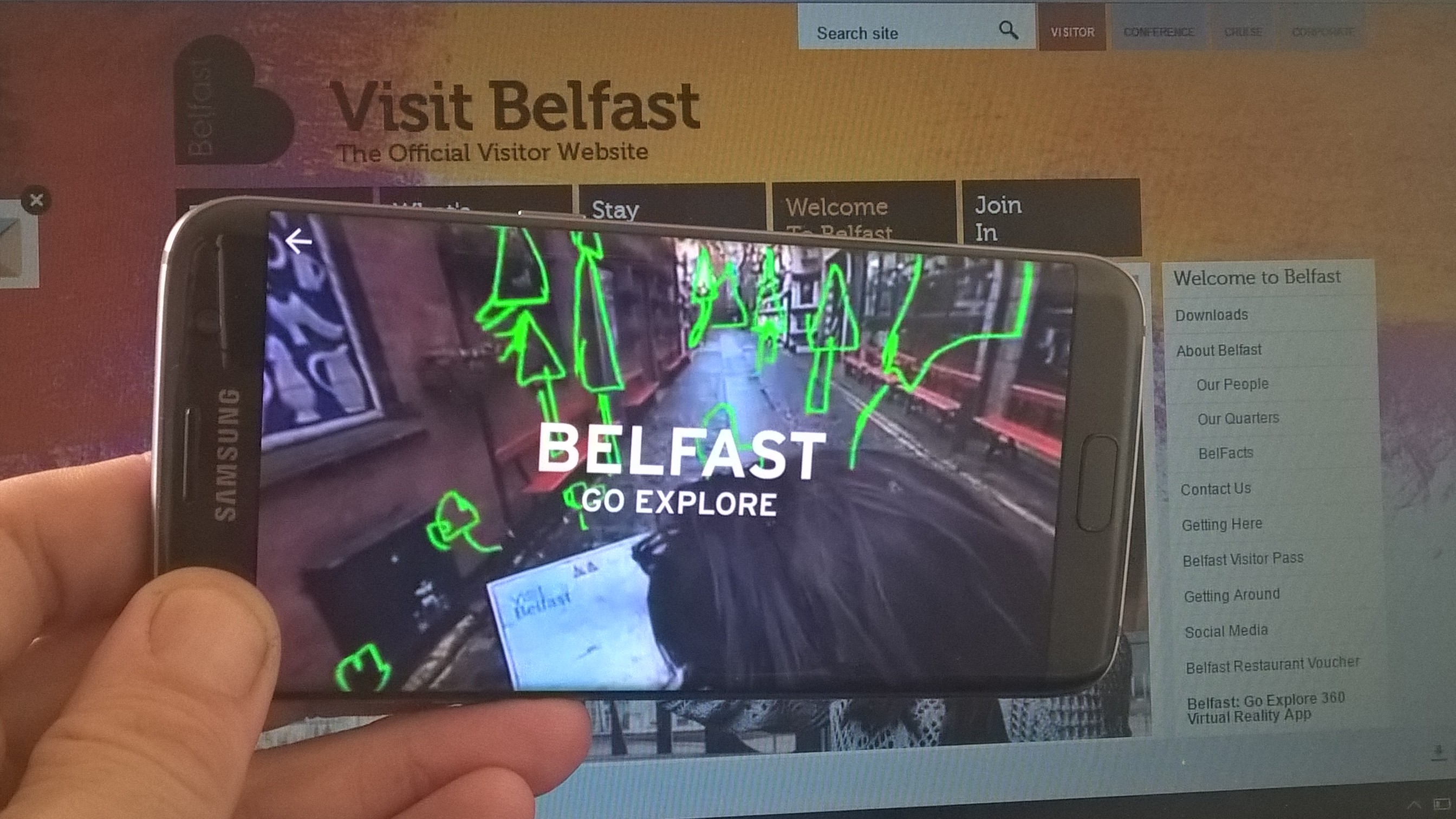 VR aka Virtual Reality is going to explode this year and to date content still lacks but this will change over the coming months with many manufacturers already showing us their offerings,some cheap some not so cheap,with cardboard viewers booming onto the scene it certainly helps people get an idea of what this technology has to offer but not so immersive as Samsung VR or HTC Vive for example.

You can now explore Belfast in VR with or without an app which is nice to see,other counties in Ireland and indeed worldwide really need to consider this,this can be used a selling point just as e-commerce which again is popular with consumers.Tourism is vital to many economies and here is one way to spread the word.

Belfast Go Explore app from the App Store and Google Play Store. The app is compatible with a range of phones but  recommended phones are the iPhone 5 and 6 or Samsung Galaxy S5, S6 and S7 for the best user experience. The app is viewable with or without Google Cardboard or other virtual reality viewers.

What is on offer.

Experience a 360 virtual tour around the city’s top attractions including:

See respective stores for more details there is plenty to see and there is also a chance to win a cardboard viewer too..