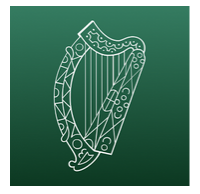 A new app has launched today which makes life that bit easier to get your passport and forget the physical one and better again its available on Three platforms Android,iOS and even Windows Phone..The app is free but there is costs involved which is €35,00 plus an additional €5,00 postal fee if you reside outside Ireland.· The Passport Service has the capacity to process 3,000 Passport Card applications per week. Depending on demand it is estimated that applications will be processed within 20-25 working days.the card is also valid for 5 years and can be paid for with your credit card..

Speaking at the announcement of the new service, Minister Flanagan said;

“I am delighted to announce that applications for the new passport card can be submitted on-line from today through my Department’s website and also through a new mobile app which has been specifically designed for the purpose.

“The introduction of the passport card is a significant innovation that will enhance the travel experience for Irish people as they go on holidays or business trips to thirty countries throughout Europe. Citizens who apply will need to have a valid passport book already but they will be able to use the passport card alone for travelling to such popular destinations as Spain, France and Italy.

Applications can be submitted online or through the free app from anywhere in the world.