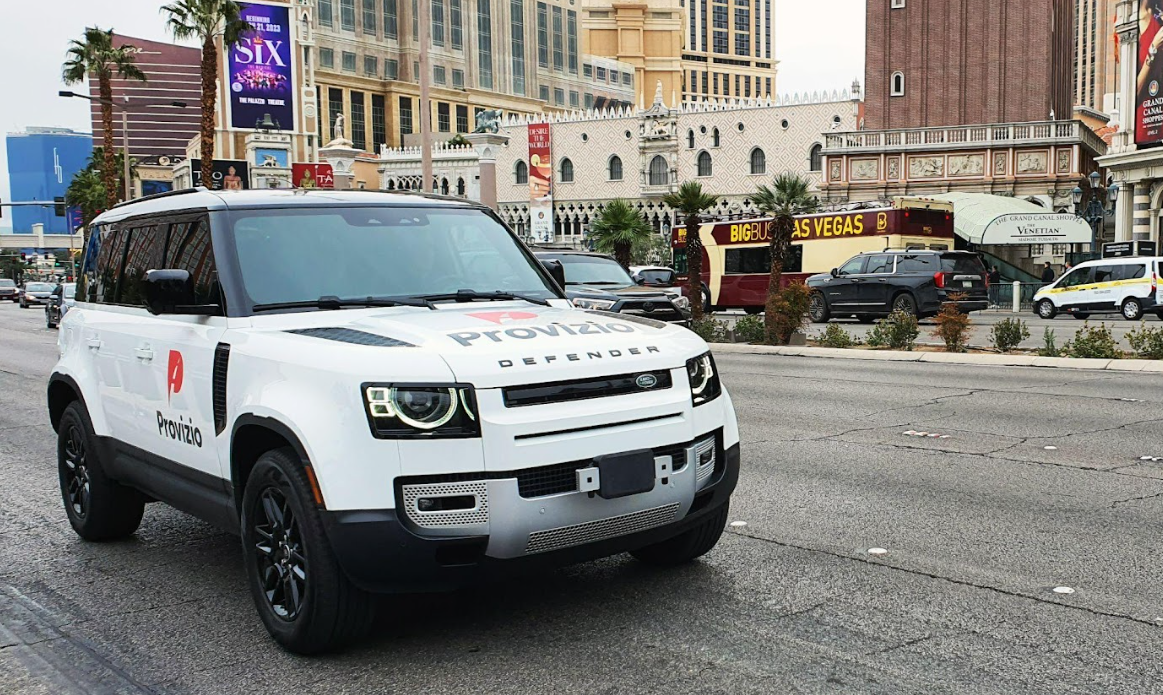 Provizio, the leading vehicle perception company, today announces its plans to deliver its Radar and AI backboned perception stack for every road user by 2025. This mass adoption will be possible through the mass distribution and licensing of Provizio’s 5D Perception® technology.  Provizio’s 5D Perception® driving platform offers OEMs the fastest and most reliable path to Level 5 automation as part of Provizio’s mission to eliminate all road accidents and deliver a safe path to Autonomy.

Provizio will be unveiling and providing live demos of their new 5D Perception® driving platform at this year’s CES, in Las Vegas. This will be the first ever live demonstration of the driving platform and will be showcased on a Land Rover Defender. – Reply for demo.

The patented technology developed by Provizio utilises a five-dimensional perception system that can continually see, track and interpret road conditions and hazards enabling increased vehicular safety and ultimately providing a path to full autonomy . Provizio’s technology beats the resolution of next-gen incumbent Radar sensors by more than 30x and range by more than 3x – with no additional hardware.

AI is central to the system, Provizio uses machine-learning algorithms and a suite of in-build 5D Perception® Radar and vision sensors, continuously learning and processing the environment around the vehicle  to identify potential hazards with unprecedented accuracy and speed, slashing response times and delivering interventions which are 30–100x quicker than technology available for use in today’s vehicles.

Speaking on the launch of Provizio’s 5D Perception® driving platform, Barry Lunn, CEO of Provizio “Provizio are excited to launch a perception platform that is unprecedented in terms of performance, cost and scalability at the home of ground breaking innovations, CES. Our 5D Perception® driving platform will make driving safer and in partnership with our Tier 1 and OEM partners deliver the next generation Advanced Driver Assistance Systems and a true path to ubiquitous autonomy.

Lunn adds: “This platform will revolutionise safety in the auto and mobility sectors by paving the way for the most advanced safety and autonomous driving systems and we firmly believe, in the near future, it will become as ludicrous to get in a vehicle without a 5D Perception® driving platform as it would be without seatbelts today. ”

LiDAR like point clouds but at 100x lower cost

The key to this technology for mass adoption is the ability for it to be implemented at scale, with Provizio working alongside Tier 1 and OEM partners to bring this to mass production by 2025.

The issue the industry faces today is that Autonomous Vehicle platforms use a combination of expensive sensors and computer resources to perceive the world. LiDAR allows these vehicles to succeed but, because it is needed in 360° all-round the vehicle, it is also a major scaling inhibitor. LiDAR is expensive and struggles to perform in bad weather. Radar doesn’t suffer from these issues which is why it is deployed in almost all vehicles on the road, but today’s Radars have lacked the resolution a LiDAR offers.

Provizio’s 5D Perception® driving platform is backboned by proprietary super-resolution imaging Radar. Our 5D Perception® Radar sees the world in a LiDAR like 3D point cloud, and also delivers precise range and velocity of every point. Uniquely, the entire Radar backend is built on a Graphics Processing Unit (GPU) which allows us to deliver AI perception on-the-edge, this is what we call the 5th D in our 5D Perception® solution. This offers multiple advantages to our partners and ultimately all road users.

With this Perception technology, Provizio is able to provide class leading systems for a fraction of the current cost. The cost associated with current geo-fenced LiDAR backed platforms means they remain a niche offering and cannot be mass deployed or impact the driving problem in the near term. Autonomous Vehicle systems today can cost upwards of $250,000,  impacting mass adoption. Provizio’s proprietary MIMSO® Radar delivers LiDAR like point clouds at 100x lower cost. This provides 500x more resolution than the Radar on vehicles today.

By leveraging this proprietary 5D Perception® technology and our partners technology in LiDAR and vision systems, Provizio supplies class leading systems for a fraction of the current cost with low integration complexity. Due to its high performance and low cost it is already being used in applications beyond traditional automotive such as micromobility, agriculture and mining.