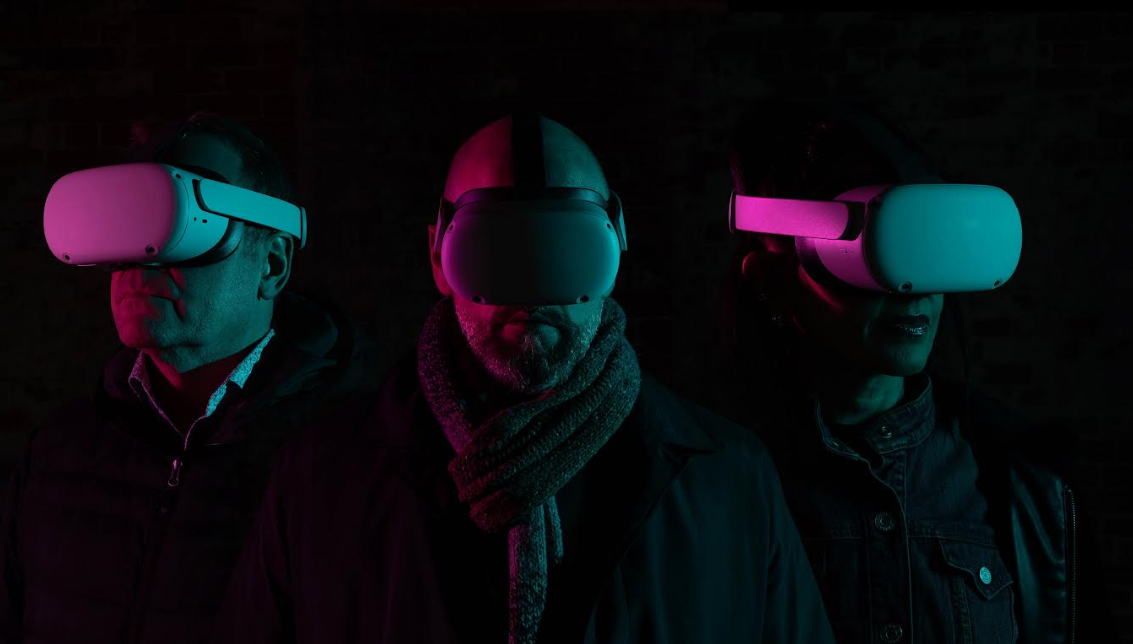 A two-day festival planned for Belfast early next year will see creative minds from across the global film, gaming, animation and immersive tech industries converge in East Belfast to explore the space where creativity and technology collide, with the longest-serving writer and producer of The Simpsons among the line-up of speakers announced.

Produced by the team behind the city’s annual photography festival, RENDR, formerly known as Capture Conference, will take place from 23-24 February 2023 at Portview Trade Centre in the heart of East Belfast as part of the NI Science Festival.

The festival has been curated for anyone with an interest in popular culture and learning more about how genre-defining film, gaming, animation and immersive experiences are brought to life. Through a series of talks, workshops and showcases, RENDR will also create a platform for creatives and students to build networks and explore new opportunities in the industry.

Among the speakers travelling to Belfast for the festival is production stills photographer David James. The long-time collaborator of Hollywood royalty Steven Speilberg will share insight into the award-winning images he has produced for such movies as Schindler’s List, Saving Private Ryan and Mission Impossible.

Mike Reiss, the longest-serving writer and producer of The Simpsons, will also travel to Belfast as part of the festival. Reiss, who co-wrote The Simpsons Movie, will discuss his illustrious career as part of the team behind the long-running animated sitcom, offering an insider’s perspective into the creative process that has seen the show rise to the status of cultural phenomenon.

Also Belfast-bound is Dorothy Di Stefano, creator/founder of Molten Immersive Art. One of the world’s foremost voices in immersive and interactive art curation, she leads a collective of international experiential artists and researchers working at the cutting edge of new technology and art.

Championing Northern Ireland’s own creative industries, RENDR, which is supported by NI Screen, the Arts Council of Northern Ireland and Belfast City Council, will also recognise the influence and impact of local creatives.

Alongside international voices, Belfast-based production stills photographer Helen Sloan will discuss her work behind the scenes of HBO’s blockbuster series Game of Thrones, and BAFTA-nominated director Kris Kelly of Enter Yes™ will showcase the work of the visual effects and animation studio, which specialises in high-end visuals for film, television and games.

Festival director Michael Weir says: “RENDR is an opportunity to network, to demo new and emerging tech, to be inspired and to gain insight into the latest trends and developments in the creative industries – all with an emphasis on new technologies. We hope the event informs, engages and challenges the creative community to push the boundaries of technology in their fields.”

Commenting on the value of the creative industries, Weir adds: “We’re programming speakers and thought leaders from around the world, but also using this moment to recognise what this place has to offer in terms of its award-winning expertise and innovations. The creative industries are important economic drivers for Northern Ireland and with the support of our funders at NI Screen, the Arts Council of Northern Ireland and Belfast City Council we hope to both amplify their contribution to building a vibrant arts and culture sector locally and create a platform to showcase what homegrown talent can offer on the global stage.”

Richard Williams, Chief Executive Officer of Northern Ireland Screen, commented: “As part of Northern Ireland Screen’s new four-year strategy ‘Stories, Skills and Sustainability’ we remain committed to supporting opportunities for our industry colleagues to share their stories and enhance their skills to ensure a sustainable future. RENDR’s packed and varied programme presents the local screen industry with the opportunity to showcase their talent alongside international industry, to hear from and learn from local, national, and international leading professionals and gain valuable insight into new and emerging tech and trends.”

Matthew Malcolm, Arts Development Officer, Arts Council of Northern Ireland, added: ”RENDR is a unique and exciting festival that will lead, inspire and connect creative industry professionals and all those interested in learning more about new, emerging technologies and their use in creating art. The Arts Council of Northern Ireland is thrilled to support RENDR which reflects our commitment to encouraging innovative practices that cross artform boundaries and build digital capabilities within the Northern Ireland arts sector.”

Belfast City Council Chair of City Growth and Regeneration Committee, Councillor Ryan Murphy, said: “We are delighted to be supporting RENDR Festival this year and pleased to see such a wide range of creative and digital technology leaders and entrepreneurs taking part. The creative digital industry is a strong part of our city’s economy and we have ambitions to become world class in digital innovation, with investment from the Belfast Region City Deal. In order to do this, we need to facilitate engagement, collaboration and knowledge sharing between creative businesses, education and our public sector and RENDR Festival will play a key role in that.”

Further speakers are set to be announced in the coming weeks. For the full list of speakers revealed to date and to book tickets, visit RENDRfestival.com and stay up to date with the latest developments and speakers announcements on the festival’s Facebook, Twitter, Instagram and LinkedIn.