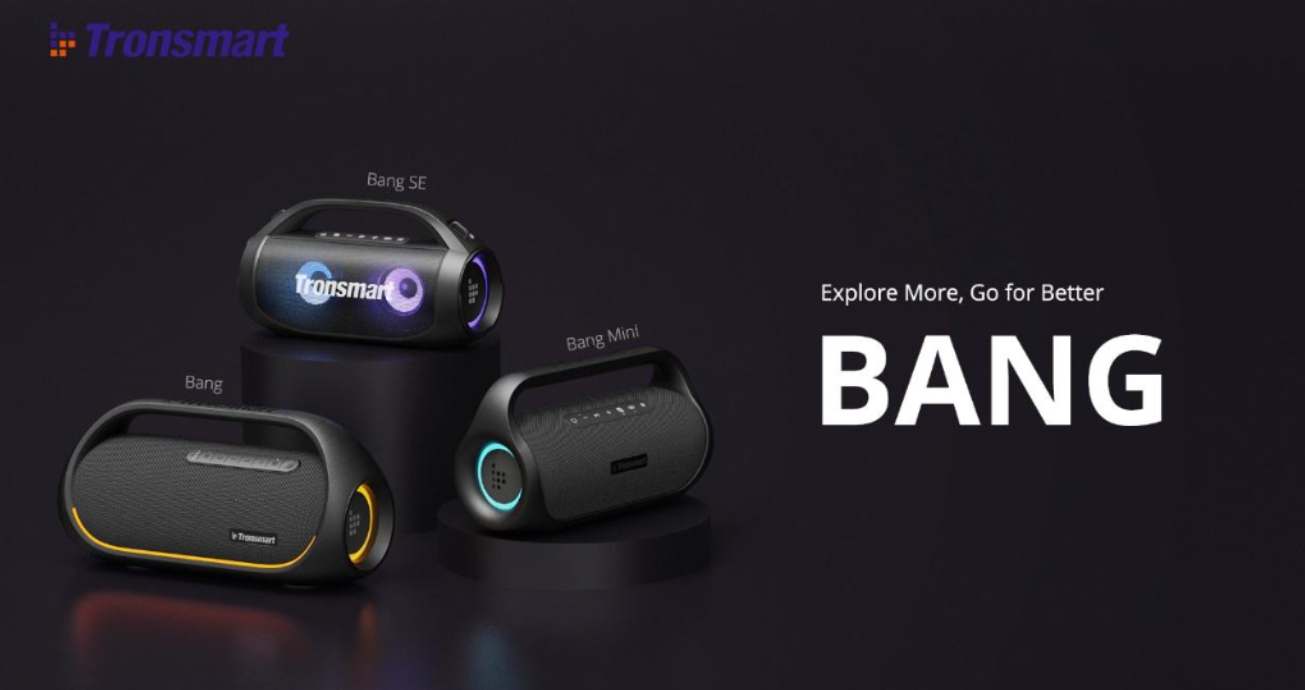 Tronsmart inherited its reputation from party speakers, the exceptional Bang SE. Being a section of the Tronsmart Bang Series, Bang SE guarantees a 24-hour playtime with a splendid light show.

Tronsmart Bang Series has got an excellent hit on party speakers, which comes with models Bang, Bang Mini and the most attentive one, the Bang SE.

Tailored for outdoor scenarios, the Tronsmart Bang SE has got an impressive 40W bright stereo system output and a very reasonable weight of around 2 kg. Thanks to its two 3,1-inch full-range driver units, it is packed with exceptional sound quality, presenting a loud & crisp sound.

To further expand the sound stage, Tronsmart’s Bluetooth speakers have SoundPulse, which intensifies the sounds reproduced and even brings a bass intensification algorithm that is made to pitch out punchy bass.

Enjoy all the Way

Do you want to spice up the party with a speaker that can transform your place into a dance floor? The Bang SE Speaker from Tronsmart is here to do exactly that! Give your life a soundtrack with the Bang SE, and when it is time to bring the fun, you have the sound and light show to get that party started. Built-in handle and detachable strap mean that whatever your day has in store, you can take Bang SE with you. From the beach to your kitchen, wherever you are, Bang SE brings the music.

Tronsmart innovated the design of its speaker series with the integration of portability, applicability & entertainment. Considering that, nothing is more suitable than Bang SE, which got IPX6 Waterproof for protection against dust, spills or splashes.

Comes with a battery that promises up to 24 hours of playtime, the Bang SE also featured with power bank function, allowing you to charge your device if emergent. Furthermore, the stereo pairing makes it an excellent choice for a home audio system, delivering a louder & wider sound field. When it comes to connections, it’s also possible to stream audio from the Aux-in port (3,5mm), TF Cards as well as U-disk. Besides, equipped with the bluetooth 5.3 connection, audio can be streamed from any compatible device. It is still possible to pick up phone calls with the speakerphone function compatible.

The Bang SE is available now, you can check out the details on its product page, including a detailed specification and user manual. If you would like to see the latest offer on Tronsmart Bang SE, do not hesitate to gain 22% early bird discount for $54.99 on Bang SE Early Bird Promotion.