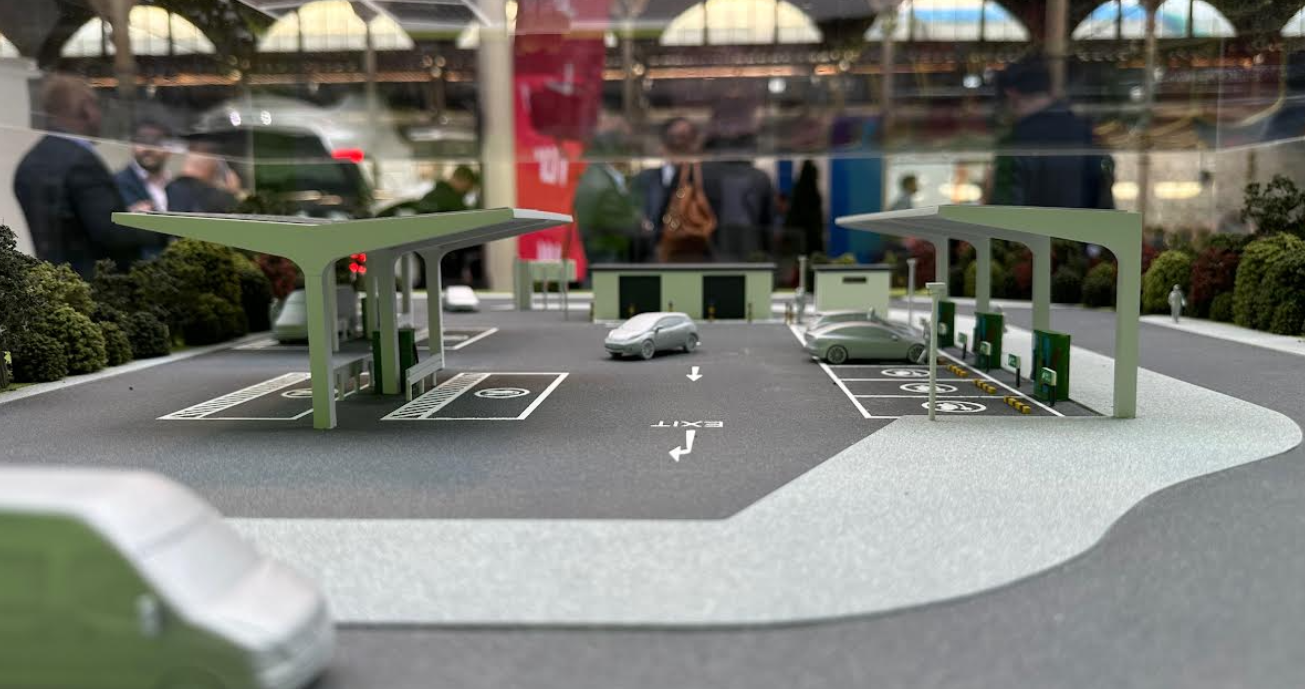 The initiative will see SSE invest €35m to install 30 ultra-rapid electric vehicle (EV) charging hubs across Ireland over the next four years, all of which will be powered by 100% green electricity from SSE Airtricity.

As part of the EV infrastructure rollout, it has been confirmed that the first hub will open at the Lough Sheever Corporate Park in Mullingar, Co. Westmeath next year. The site will be publicly accessible and designed to accommodate long-wheelbase vehicles and buses, as well as cars and fleet vehicles.

As part of Phase One of the project in 2023, and subject to planning permission, additional hubs with 10 charging bays will be installed in Blanchardstown Business Park and Greenogue Industrial Estate in Dublin.

It is expected that a total of six sites will be operational by the end of 2023, with a further 10 coming online in 2024. Each ultra-rapid bay will have charging capabilities of up to 150 kilowatts (kW), sufficient to deliver 12.5 kms of range per minute of charging.

The announcement follows the Electric Vehicle Summit 2022 at the RDS in Dublin this week, where SSE Airtricity was a headline sponsor.

Kevin Welstead, EV Director Sector SSE, said: “At SSE, we have extensive experience in the development and rollout of EV charging infrastructure. From our network in the UK, we understand that when it comes to charging people just want to be back on the move on in the shortest amount of time possible.

“We’re delighted to launch our first EV charging hubs in Ireland, and we’re really excited about the network we are going to develop over the coming years. In building out this infrastructure, we want to ensure peace of mind for all EV drivers – domestic, car fleet, commercial – that when they show up at one of our facilities, they can plug in to a working, high power charger as soon as they arrive, and that they can be back on the move within the shortest amount of time possible.”

“With COP27 underway in Egypt, today’s announcement is fitting as we renew our commitment to supporting Ireland’s climate change targets and support Government’s Climate Action Plan and EV transport targets.”

SSE has committed to installing 300 ultra-rapid charging hubs powered by traceable, renewable energy across Ireland and the UK over the next five years. The very first hub, on Castlebank Street in Glasgow, went live at the end of September.

A 2021 study by the UK’s Association for Renewable Energy and Clean Technology found that Ireland ranked joint-last in terms of implementing charging infrastructure. The Government’s 2021 Climate Action Plan has set a target of one million EVs on the roads by 2030, including private cars, heavy goods vehicles, small public service vehicles, and larger public transport vehicles.

Figures released last month by the UK’s Department for Transport revealed that Northern Ireland has the lowest level of charging device provision in the UK (18 devices per 100,000).

In addition to announcing this nationwide infrastructure across Ireland, SSE has also just completed a deal with pan-European portfolio company, M7 Real Estate, to install charging hubs at the 20 locations the company manages in the United Kingdom.