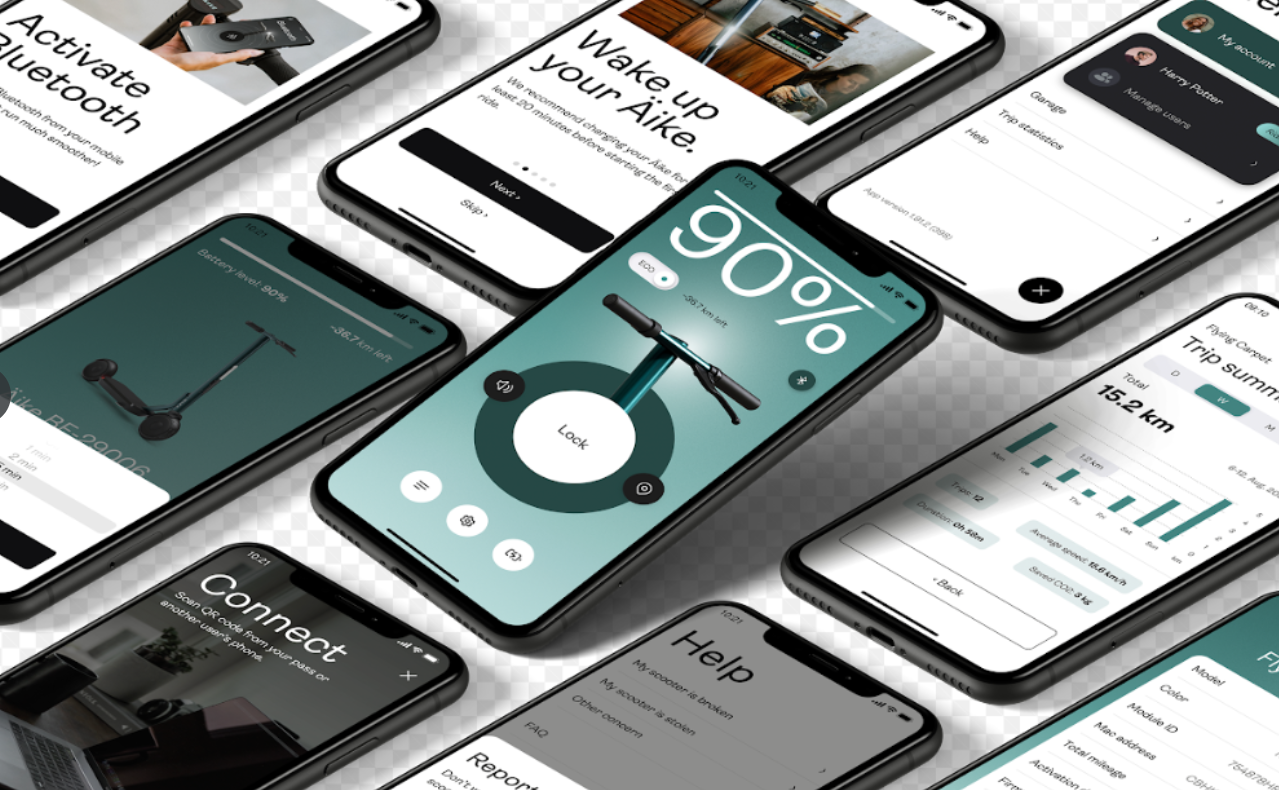 Newly founded sustainable e-scooter startup Äike, has today launched the world’s first smart-lock system for e-scooters. The feature is available for the company’s newest model, the Äike T, and adds to a string of other industry shake-ups launched by the company, including introducing USB-C charging capabilities, and designing, manufacturing and assembling the first e-scooters entirely in Europe using renewable energy. The company’s latest product update allows Äike T owners to benefit from its remote unlocking system, a function that has become increasingly popular across the electric vehicle (EV) industry and allows you to start riding simply by standing near your device.

The smart-lock feature, integrated into the Äike mobile app, makes riding easier than ever before by letting Äike T owners unlock their e-scooter without even taking their phone out of their pocket. Using authenticated Bluetooth connections, users’ phones automatically connect to the e-scooter when the owner is in range, allowing them to simply hop on and ride. When they hop off, the e-scooter also locks itself, making securing your e-scooter easier and quicker.

Public key authentication guarantees that smart-lock is only triggered when the owner is using it, and the new feature is integrated into the scooters’ existing IoT module (provided by Comodule) which is encrypted to take commands only from the phone of its owner (or devices the owner has shared permissions to). Opening the Äike app automatically establishes a Bluetooth or GSM connection with the scooter, which allows the scooter to be locked or unlocked by pressing the allocated button.

The Äike T is a vertically integrated product, and the manufacturers have full control over its hardware, firmware and software, making it one of the most secure e-scooters on the market. Äike engineers can kill the IoT connectivity at any point, rendering theft a useless endeavour. Kristjan Maruste, CEO of Kõu Mobility Group and CEO & Head of Product for Äike, commented:

“Releasing this smart-lock feature is simply another example of the benefits of operating in a locally based and vertically integrated company. As we manufacture our own electronics, hardware and software, we can from the ideation to release phase in a matter of weeks. Our aim is to make Äike scooters the most user-friendly e-vehicles in the world.”

Äike is paving the way for a new era of micro-mobility making e-scooters and zero emission commuting accessible to the masses. The company actively seeks materials from responsible local recycled suppliers, ensuring a supply and distribution chain that is free from conflict, child labour, and excess landfills, while ensuring 92% of the materials used to produce its  e-scooters are recyclable.  On top of GPS protection, each e-scooter comes with Comodule’s own IoT device and passport that allows exclusive access to the Äike app and enables remote customer support, instant firmware updates, and e-scooter performance monitoring, offering users a unique connected riding experience.

Bolt highlights tips for safe electric bike use this winter