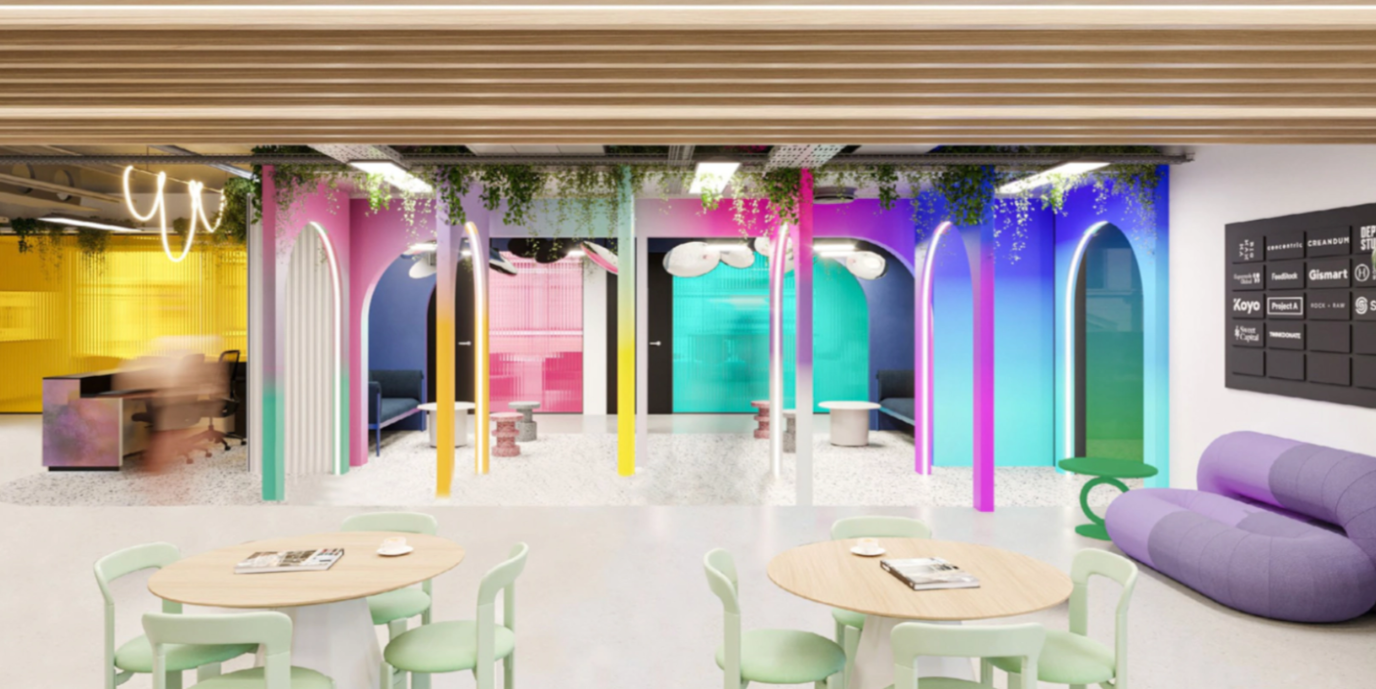 Huckletree, a UK and Ireland workspace innovation business is expanding its London presence with a new hub on Oxford Street themed around Web3 and the metaverse – the first of its kind in the UK. This milestone will mark Huckletree’s fifth opening in the capital and grow its footprint to 175,000 sq ft.

Jubilee House, comprising 22,000 sq ft, will be transformed into a new workspace concept, bringing together Web3, creatives and investors in one place. This announcement also comes at a record time for Huckletree as the company announces its intention to double its footprint across the UK whilst recording occupancy rates at an all-time high of 94 percent at group level.

Huckletree has a track record of building communities and will look to mimic the successes of its existing themed co-working spaces, such as its VC hub in Soho and Govtech hub in Westminster.

The expansive new office features spaces specifically designed and curated for businesses operating in the Web3 world, including an NFT Creator Gallery, VR/Gaming pods and decompression zones. The hub will also support new ways of flexible working with a range of spaces designed for different modes of work as well as breakout areas for collaboration, socialising and wellbeing, including a rooftop open terrace.

Huckletree, as part of its curated membership model, is targeting anchor tenants actively working in Web3 and the metaverse space. The remaining available workspace will be open to complementary sectors, with memberships set to open for enquiries in August.

As part of its commitment to the ecosystem, Huckletree has established an advisory council to oversee businesses moving into the space, with representatives across venture capital firms seeding European unicorns, Web3 entrepreneurs and the digital fashion space

The decision to locate the new hub on Oxford Street was influenced by the changing behaviours of office workers and subsequent demand for offices in central, convenient, and destination-like locations. According to CBRE, office take-up in the West End has reached 4.9m sq ft in the second quarter of this year, an increase of 149 per cent compared to the same period last year.

Reflecting these figures, Huckletree’s hub in Soho, which opened in 2019, has seen the strongest demand in the Huckletree group over the past 12 months with occupancy sitting steadily over 90 percent.

This demand is due to the area emerging as a key destination for businesses and investors thanks to its unrivalled lifestyle offering, including a buzzing alfresco dining and bar atmosphere as well as brilliant connectivity, thanks to the opening of the Elizabeth Line Crossrail.

Gabriela Hersham, Co-founder and CEO at Huckletree, said: “This latest opening for Huckletree not only marks a major milestone in our journey but also demonstrates our commitment to innovation and our ambition to back the most transformative emerging thinkers and players in the ecosystem. Web3 and the metaverse have the potential to transform every industry as we know it, and the community working behind the scenes, be they on the investment or business side, are in need of a space to call home that can also be a platform for funding, deal-flow, ideas, talent, and togetherness.

Oxford Street is an iconic address in London that has suffered financially and culturally. We want to help drive the re-imagination of the area, to create a vision where emerging hybrid communities meet heritage and tradition.”

Huckletree was advised by Situu.