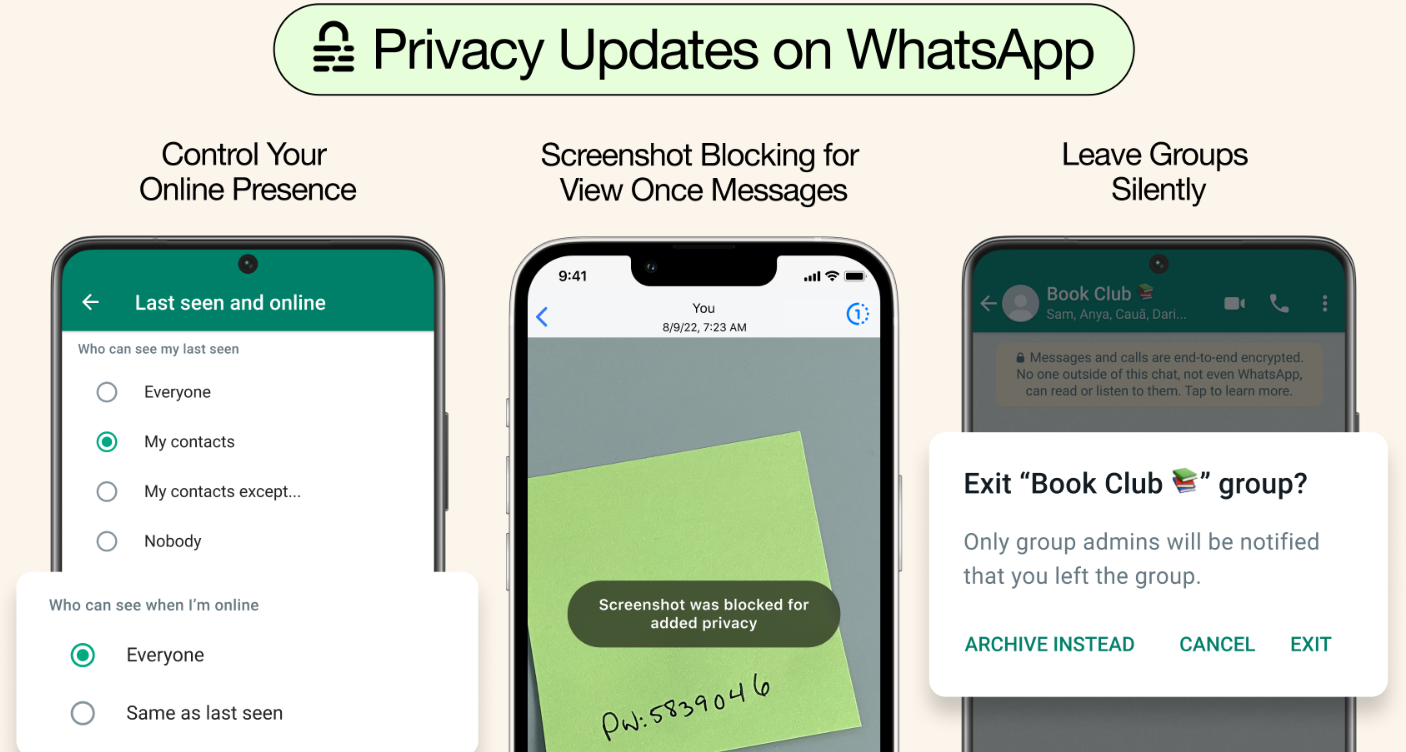 Today, Mark Zuckerberg announced that WhatsApp is bringing three new privacy features to users, giving them more control over their conversations and added layers of protection when messaging. Which ties in well with the news release as I had a new update noted on my phone.

Mark Zuckerberg’s Announcement & Quote: “New privacy features coming to WhatsApp: exit group chats without notifying everyone, control who can see when you’re online, and prevent screenshots on view once messages. We’ll keep building new ways to protect your messages and keep them as private and secure as face-to-face conversations.” – Mark Zuckerberg, Founder and CEO, Meta