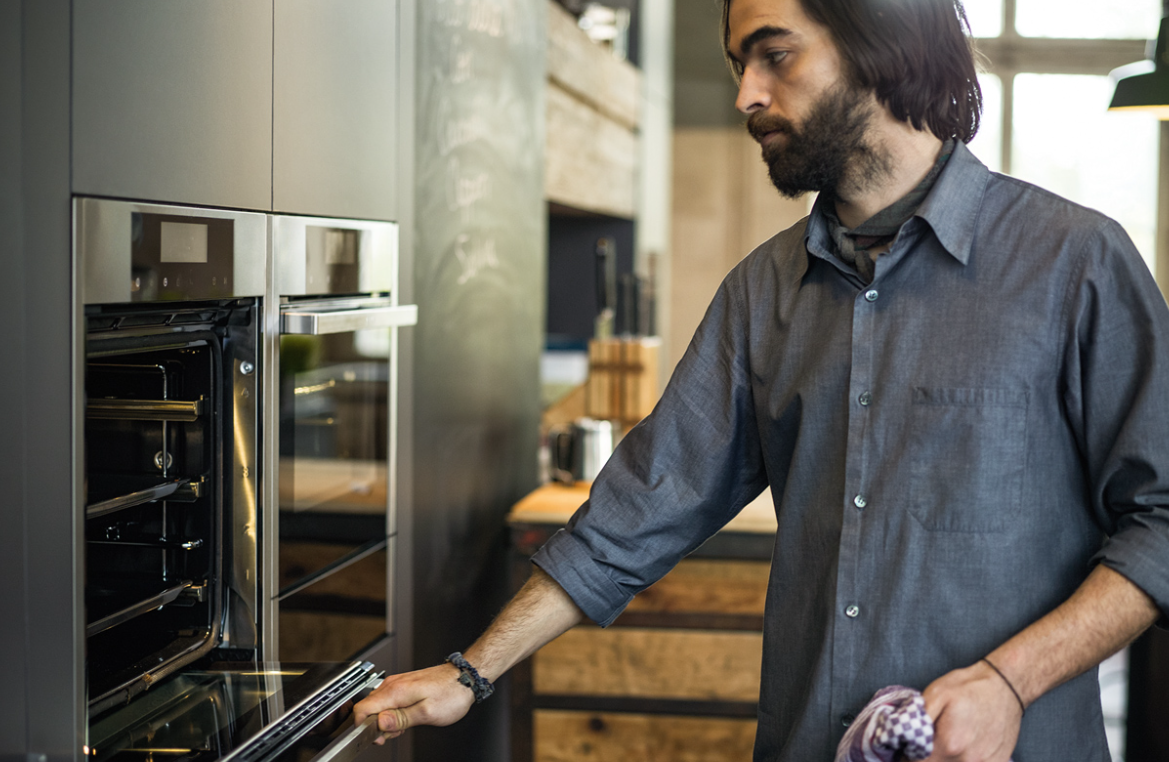 NEFF celebrates 20 years of the Slide & Hide feature, the first and only fully retracting oven door. It is now 20 years ago that NEFF broke the rules with an oven door. Until that day, every oven door in every kitchen worked in the same way: by folding open. Instead of doing what everyone did, our engineers and designers at NEFF followed their own bold idea to create a different opening mechanism.

Ralf Grobleben, Head of Design now and then, remembers: “In the very beginning, the Slide&Hide® door was just a vague vision but with more and more ideas on how to make it happen, the vision became clearer. As with many things that challenge the norm, the idea was not initially received with great enthusiasm, the reactions were a bit more reserved. Our designers and engineers had many challenges to overcome; one that caused us to scratch our heads for a while was the mechanical stress of the door mechanism. In the end, it was realised, partly through an attitude of openness and the art of seeing what does not exist yet. The vision was always to achieve something that slides smoothly, is practical and also fun to use.”

With each evolution, Slide&Hide® was improved, soon not compromising on cavity space and today, over 2 million people enjoy the feature that was first launched 20 years ago.

Instead of just celebrating an oven door this year, we also want to celebrate something much bigger: the boldness, creativity and open-mindedness that made Slide&Hide® possible. We want to inspire people to break free from common rules around eating, cooking and kitchen – and instead open their minds, unleash their cooking passion and let nothing block their creativity – whether that is old-fashioned kitchen rules or an oven door. To find out more about the campaign, visit: https://www.neff-home.com/about-neff/why-neff/slide-hide