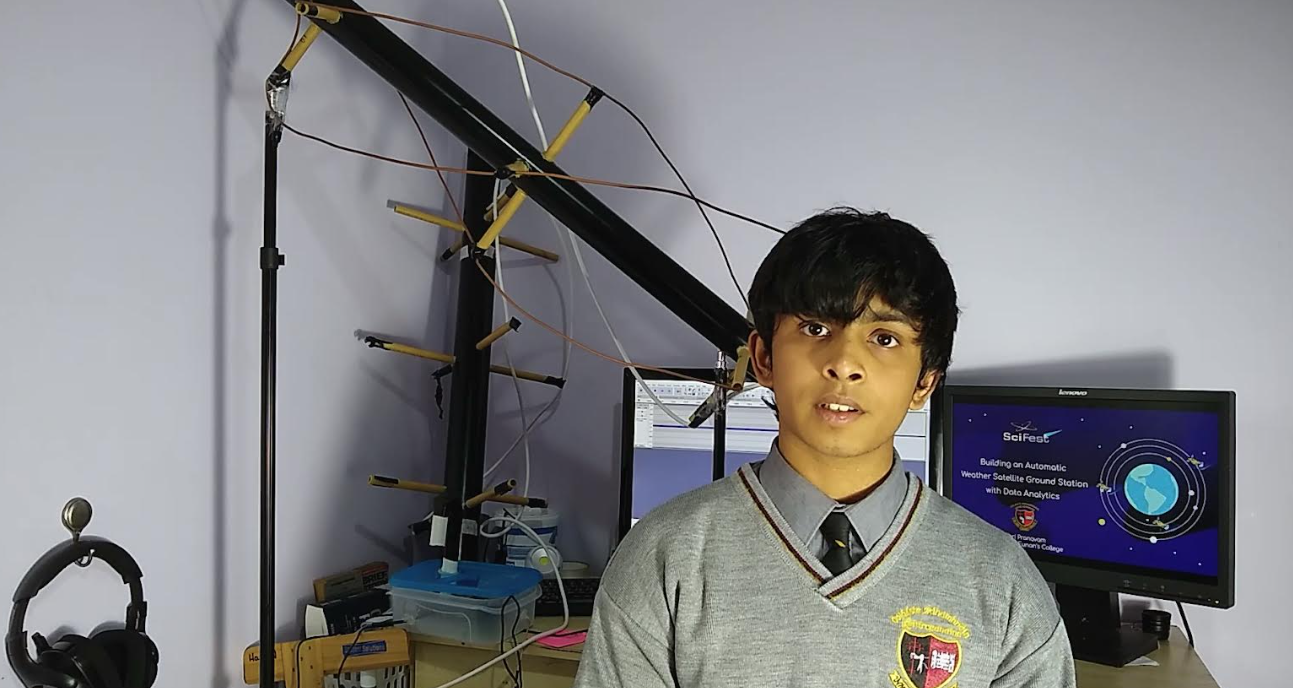 The Grand Award was claimed by Hari Pranavam from Saint Eunan’s College, Letterkenny for his project, Building an Automatic Weather Satellite Ground Station with Data Analytics Forecast. Hari will now have the opportunity to have his project published in the STEM Fellowship Journal (SFJ), an open-access, peer-reviewed journal published by Canadian Science Publishing. Grace Ní Ifearnáin from Gaelcholáiste Chiarraí, Tralee won her first-place award for her project, Nature Takes on Nature: Investigating the Effects of Juglone on Japanese Knotweed. Grace recently represented Ireland and SciFest on the Broadcom MASTERS International programme in Atlanta, Georgia.

GYSTB is organised by The Hong Kong Federation of Youth Groups. Judging took place online and the awards ceremony was broadcasted live globally on 12 June. The competition attracted 84 project entries from 16 countries or regions all competing for prizes.

Speaking about his award, Hari Pranavam said: “I’m absolutely delighted to receive a Grand Prize-Silver Award. It is such a great honour to get to compete on a global stage against people from all over the world. This is a fantastic reward for my work on the project and it is great to see it acknowledged by international experts. I would like to thank my parents and my teacher Mr Michael Harkin for their support and encouragement throughout. I’m also very grateful to SciFest who gave me the opportunity to compete in this international competition and achieve this award.”

Sheila Porter, SciFest Founder and CEO commented: “We are all immensely proud of the two SciFest students who represented Ireland at the Hong Kong Global Youth Science and Technology Bowl this year. Their great success in this prestigious international competition is testament, not only their ingenuity, commitment and hard work, but to the standard of Irish STEM education. We are delighted that the two students have had the opportunity to bring their projects to an international audience. Well done to both of them on their awards and we wish them every success for the future.”

SciFest is the largest, most inclusive STEM fair programme for second level students in Ireland. SciFest is free to enter and open to everyone across the island of Ireland, no matter their geographical location, school or scientific ability. The most important thing for SciFest is the participation of students and encouraging their interest in STEM in a fun and engaging way. The SciFest 2022 National Final will take place on 25 November 2022.

SciFest is funded primarily by Intel and Boston Scientific who have recently been joined by Smurfit Kappa, Regeneron and Eirgrid in a growing community of supporters.