Raising the Bar for Wearable Fitness 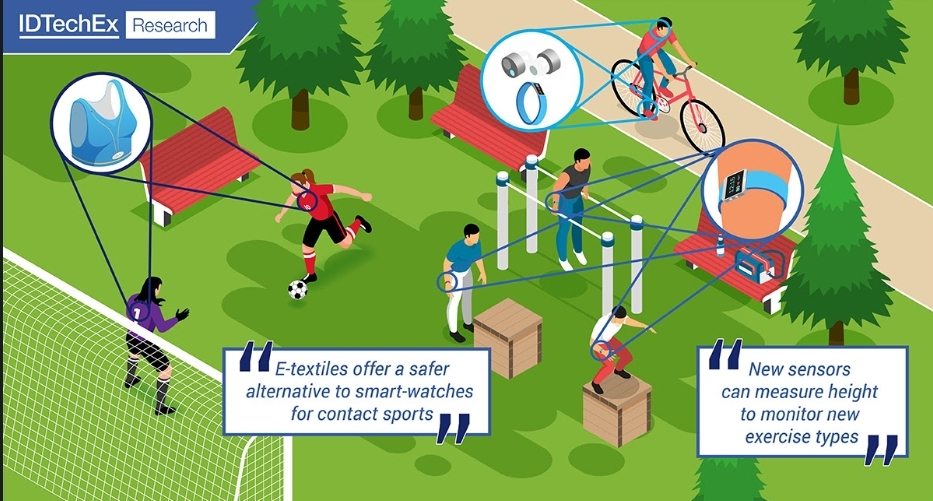 Smartwatches have soared in popularity in recent years, with their motion and heart rate sensors tracking the activity of millions worldwide. However, not all activity can be monitored using step counts – limiting the appeal of existing wearable technology to many gym-goers and amateur athletes.

Running is one of the most popular activities tracked by motion sensors in watches. They are used to keep track of the distance and speed covered by a runner, complemented by some with heart rate data to show calorie burn and effort level.

Whilst these systems are excellent at measuring the overall movements of a watch wearer in two dimensions, to date they cannot accurately determine movements in a third – height.

Changes in the height of a watch are crucial for monitoring many exercises and movements. Consider sit-ups and push-ups, or a tennis serve and a golf swing. Moreover, consider the impact of gradient during running or climbing that is too subtle to be determined using GPS.

Third-party apps are available to process motion data – and with the right algorithms, this can be successful. In fact, Apple use software to specifically allow users to input data while rowing and swimming.

However, it is well known that many apps to augment wearable sensor data are deleted shortly after download. Moreover, many of the popular features by Apple are still focused on two-dimensional insights; lengths completed in the pool or the number of rowing strokes, for example.

This creates an opportunity for sensor technology capable of accurately determining the height of wearables to disrupt the industry. We are already seeing some companies seek to capitalize on this gap in the market, with Bosch Sensortec adding a miniaturized pressure sensor to its suite of MEMS for wearables. Capable of determining changes in height as small as 50 cm, and small enough for integration into wrist-worn and in-ear devices. Successful implementation is marketed as allowing for the number of push-up reps, length of pull-up extensions, and overall form during strength training to be directly measured.

The smartwatch and fitness tracker industry is becoming more crowded, and as prices for the latest tech continue to increase, so does the expectation of the consumer. Differentiation in the wearable fitness space will be crucial for success in the coming years, and device manufacturers should raise the bar of their sensor’s capabilities so that their users can too.

For many sports wearing a watch at all during play isn’t feasible, safe, or permitted. A rigid wrist-worn device is too dangerous to wear whilst playing contact sports like football and rugby, and too valuable to risk during hockey or squash.

As such, a large proportion of amateur and professional sportspeople are removing their smartwatch just as they are about to exercise the most. For this market, understanding their performance during a match is arguably as important if not more essential than tracking fitness during a training run.

Innovations in wearable sensor technology, specifically e-textiles are a promising solution to this problem. Traditional textiles integrated with electronics, or e-textiles, have been under development in different forms by many universities, start-ups, and larger companies alike. Conductive components embedded within clothes have shown promise for the measurement of heart rate and activity level, alongside other biometrics valued in the wellness and even healthcare space.

To date, the major hurdle facing e-textiles has been washability, durability, and cost. The integrity of the clothing often fails within a few cycles in the washing machine, which is unlikely to tempt many consumers to part with very much money at all. This has led to some disenchantment with e-textiles, with them written off as the perpetual technology of the future.

However, the gap in the market for wearables for sports creates a unique opportunity. Match-day tops are not worn as frequently as other clothes, and buyers are already used to spending more on sport-specific equipment and local club apparel. Furthermore, professional footballers are increasingly seen sporting chest straps tracking their performance, making wearable technology of this kind much more socially acceptable.

E-textile technology is slowly improving, with some companies now capable of creating garments that can survive more than a hundred washes and cost a few hundred pounds. Whilst still a way off being commercially viable to the mass market, it is iterating closer to promising niches such as contact sports.

The most promising companies are creating fundamental components for e-textile integration: wiring, electrodes, and interconnects; that can be easily incorporated into existing mass manufacturing methods for clothing. It is also popular to see companies create fully realized shirts, headbands, bras, and socks as marketing tools with which to generate interest and engage with more established players. As early-stage companies focus their energies on scaling up and collaborating with big-name brands, it wouldn’t be surprising if we see high-end smart shirts for the prosumer emerge onto the market within the foreseeable future.

Those looking to compete in the wearable technology space would be remiss to overlook users for whom the form factor of the watch will always be inappropriate. This could be through flexible electronics and e-textiles, new locations on the body or even sensors integrated within wirelessly connected sports equipment.

There is no denying that major players like Apple, Fitbit, Garmin, and Samsung currently dominate the wearables market. However, whilst the industry looks set to split between consumer and medical devices – the opportunity remains for sensor innovations to create more space in the market for activity monitoring.

IDTechEx has been covering wearable technology for almost a decade, and our dedicated portfolio of reports provides a detailed overview of fitness tracking, smartwatches, skin patches, augmented and virtual reality hardware, e-textiles, hearables, and more. Our granular ten-year forecasts segment each industry by application and technology, and together, they include hundreds of company profiles from interviews with both major manufacturers and start-ups. Also included in the reports are multiple use-case examples, SWOT analysis, and technological/commercial readiness assessments. Further details and downloadable sample pages for each report can be found on the IDTechEx website.