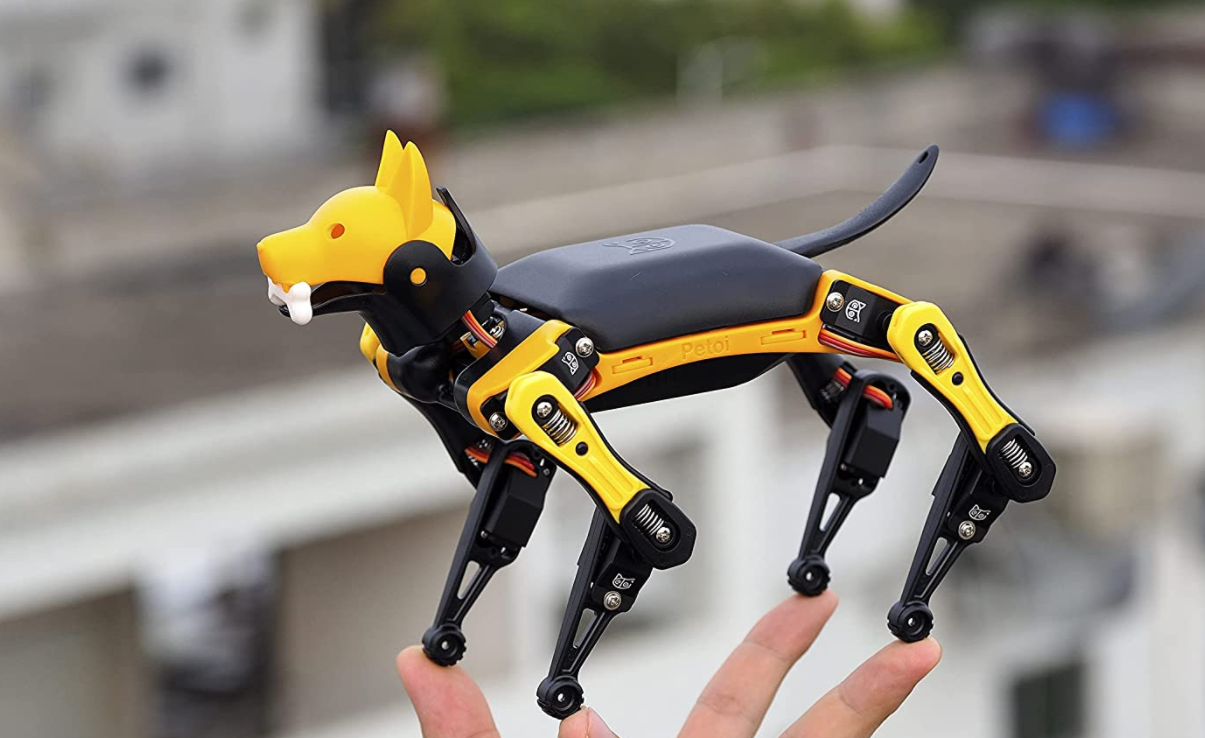 Small but agile, Bittle is a powerful robot that can be programmed to walk, do tricks and roll around just like a real dog. Designed for coding and fun, Bittle operates on OpenCat, an open-source quadrupled robot platform that offers endless programming and customisation possibilities. An ideal tool for teaching, researching and learning about STEM and robotics, Bittle is available now for £254.99 (Bittle Construction Kit) or £263.49 (Bittle Pre-Assembled) from Amazon UK*.

Users bring Bittle to life by assembling its puzzle-like frame which is made up of 3D interlocking components, eliminating the need for screws. The bionic construction of legs rather than wheels means that Bittle is able to move more freely over unstructured terrain. With a simple and beautiful design, Bittle can be configured and controlled using Petoi’s official mobile app.

Evolving with an open-source gene, Bittle is built on Petoi’s OpenCat open-source platform which was first launched in 2018 by Petoi’s founder Dr. Rongzhong Li specifically for quadrupled robots. Bittle’s dynamic maneuverability and behaviours are features typically seen on luxury robots but Petoi’s technology is now making it accessible to more consumers.

With a customised Arduino board coordinating all instinctive and sophisticated movements, users are able to clip various smart sensors onto Bittle or mount a Raspberry Pi or other AI chips through wired/wireless connections to inject perception and artificial intelligence capabilities.

Dr. Rongzhong Li said: “We are excited to bring Bittle to the UK. It’s been a mission of ours to create life-like robot animals that not only make coding fun but also challenge users as they get their pet to move and do tricks. We are really looking forward to seeing what UK users do with the Bittle.”