Speak languages like a local with the new Pocketalk Plus 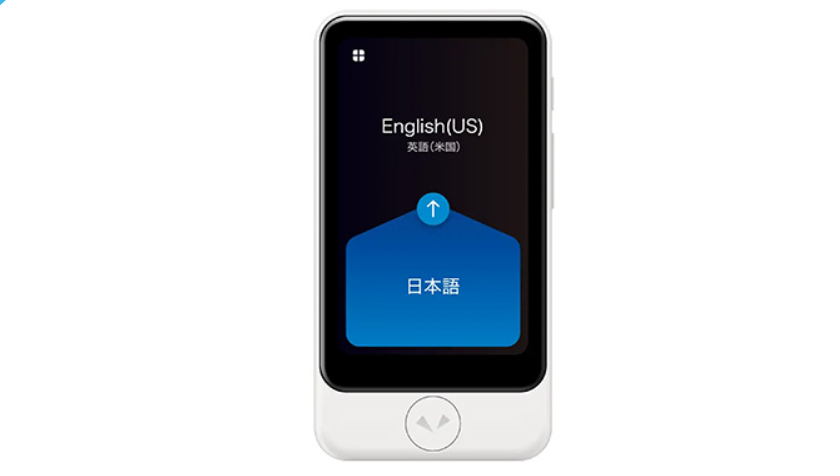 Pocketalk, the global leader in connecting conversations and removing language barriers, today announces UK availability of its new, larger device, the Pocketalk Plus. The Pocketalk Plus is a portable, AI-powered instant voice-translator that can translate 82 languages bi-directionally at the touch of a button. As holiday bookings surge following the change to Covid travel rules, the Pocketalk Plus is a must-have for anyone planning to travel abroad this year.

The Pocketalk Plus has been designed to facilitate easy naturally flowing conversations, between people who don’t speak the same language. In comparison to the Pocketalk S, which launched in 2020, the Pocketalk Plus features an 85% larger touchscreen display enabling users to easily translate while keeping appropriate social distance if needed. It also has 1.3 times the battery life (approximately 192 hours), a strong speaker and a noise cancelling microphone which helps to avoid misinterpretations even in the busiest of streets.

The Pocketalk Plus is able to create connections across 82 different languages in over 130 countries and regions. Whether holiday goers are travelling to Spain, France, or going further afield, by utilising the best language engines from around the world, it provides consistently accurate translations, even picking up localised dialects and slang. A built-in text-to-translate camera also means that it can help decipher public transport information, signs and menus. It will also provide an optional audio translation of the written text as well.

For those looking to brush up on their language skills before they go away, Pocketalk Plus also has a practice mode. A great tool for families and students, it pronounces phrases in different languages, identifying when words are mispronounced and playing back phrases slowly. Additionally, the Pocketalk Plus has a currency translation and unit conversion feature making it quick and easy to convert one currency to another as well as convert length, weight and temperature.