Survey suggests that e-scooters could bring economic uplift, including potential business boost in Ireland at Christmas, in addition to environmental benefits 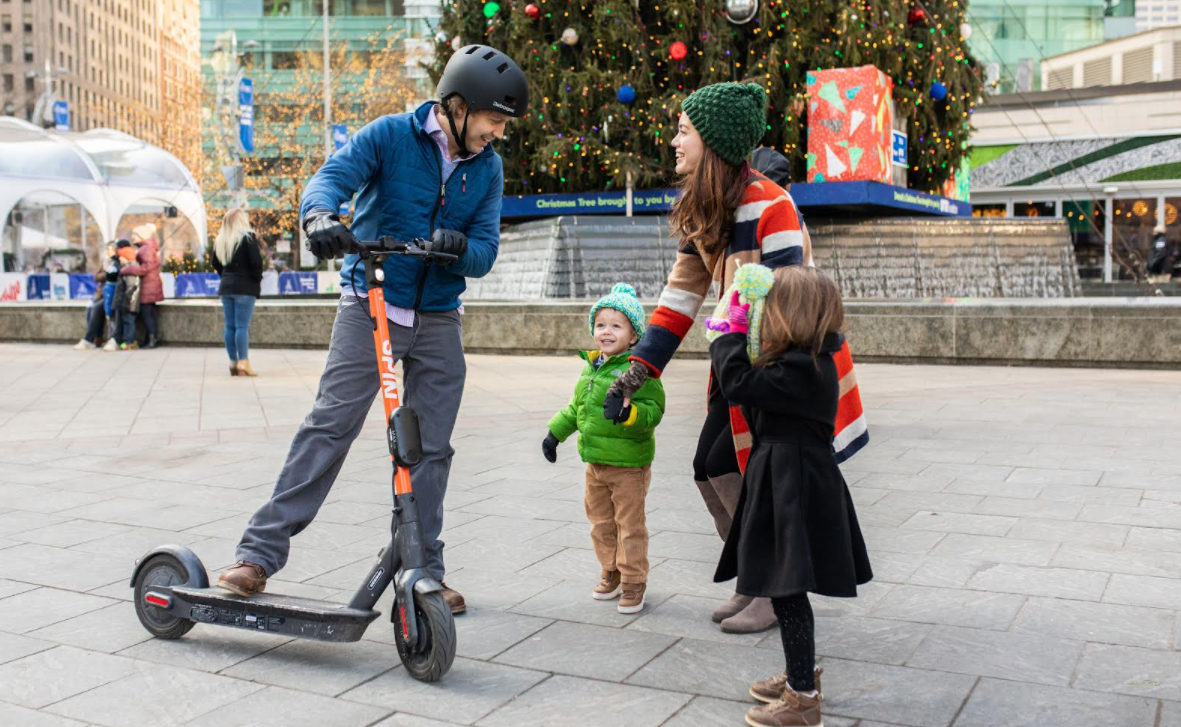 Following the passing of preliminary legislation by the Dáil that will allow for the use of e-scooters on public roads in Ireland, e-scooter company, Spin – a subsidiary of the Ford Motor Company – carried out a survey* of Irish adults to gauge their attitudes towards this new mode of transport and specifically how small businesses in urban areas would benefit from it, including during the crucial Christmas sales period.

One in six (16 percent) said that e-scooters could have the potential to provide a significant boost for small businesses, such as cafes and bookshops, by bringing more customers to their premises. During busy retail periods, like Christmas, such benefits would be expected to further increase.

Availability of rental e-scooters in towns and cities in Ireland would enable people to get out and about more frequently, likely resulting in higher consumer spending. More than a third (36 percent) of respondents said they would consider visiting local shops, restaurants, cafes and other outlets more frequently to make a purchase of goods or services if an e-scooter scheme was available in their area.

The survey also showed clear environmental benefits resulting from an expected mode-shift.  More than a third of respondents (36 percent) said they would consider or strongly consider using an e-scooter sharing scheme, rather than a car, for travelling to their main urban centre for Christmas shopping for small items or for socialising with friends or work colleagues during the festive period. Nearly half of Irish people (45 percent) believe that e-scooters can help reduce the number of cars in city centres, particularly at busy times like Christmas, further suggesting that Irish people recognise the environmental benefits of e-scooters.

Steve Pyer, Spin Country Manager for the UK and Ireland, said: “We know that the introduction of e-scooters has a positive economic impact for local enterprises, in particular small businesses in the food and beverage industry. For example, a recent study by Emory University in the US** showed that local economies experienced a significant boost from shared e-scooter systems due to an estimated $13.8 million in additional sales in four city locations across the US over six months in 2019.  This is in fact one of the priority research areas that we’ll be looking closely at next year in Ireland when we launch e-scooter rentals”.

“Our survey further underpins that there is a huge potential for urban centres across Ireland too when e-scooter rentals launch. Whether it’s Christmas or just a nice spring day, it’s clear that micromobility can provide a significant boost to small businesses like cafés, restaurants and shops by increasing the number of potential customers for these businesses.  Hopefully very soon the Irish consumer will be able to roll up with a Spin e-scooter to get their hair cut at the local barber’s or attend their favourite yoga class at their neighbourhood studio, promoting less congested roads and ultimately, cleaner air ”.

*The Spin survey was carried out among a sample of 1,000 people across Ireland during the last week of November 2021