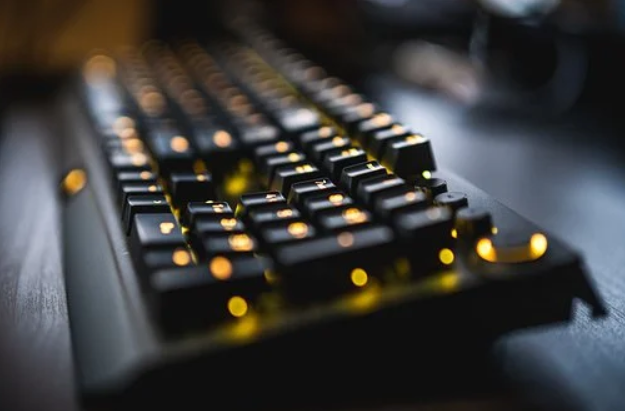 The gaming scene is shifting to online-based gaming. You rarely have the experience of going to your local game shop anymore. Gone are the days when you could spend some time searching through fully packed racks of covers and skim-read the manual on the way home. You now face an online shopfront with an infinite supply of the games you are looking for. The stores use intelligent algorithms that cater to your style, showing you precisely what you want to see and what online gaming bonuses will incentivize your next purchase. From online casino to multiplayer gaming with your friends, the virtual gaming experience has never been so varied.

The option of getting “online-only” content has been steadily rising in popularity, with the introduction of consoles that no longer come with disc trays to support physical copies of games. The Digital marketplaces are filled with subscriptions that unlock various games for you based on the plan you take. For example, EA PASS and Xbox Live Gold will cost you a fraction of the number of games you will unlock. Essentially these are in the forms of a monthly or annual subscription to access all the fun they are offering on their lists without any restrictions and often with exclusive bonuses.

It is becoming more and more common to see games with no story mode that are completely online-based. The demand for story mode single-player games is sadly decreasing, and developers see this too, making them far less inclined to make story mode titles. A significant amount of more work is put into a game with an exciting and compelling storyline for it not to be well received or simply ignored.

Nowadays, it is almost too easy for corporations like the Call of Duty franchise to capitalize on their already perfect recipe. The mechanics of a Call of Duty game has been roughly the same since its inception, and that makes their game-making process increasingly easier as now they have a lot of online-only titles which are merely reskinned clones of the same game.

This, mixed with the overall success of development companies rehashing the same game, leads to a lack of new story-based games that are truly worth your time and money.

Unfortunately, Rockstar Games has confirmed that there will not be a new Grand Theft Auto title but will be providing gamers with an “enhanced” edition of Grand Theft Auto: V. This is somewhat disappointing as they already have released Grand Theft Auto: V multiple times and have moved into an online-focused platform.

Grand Theft Auto: V will earn most of its money this year from the release of its enhanced version. Sony accidentally revealed that its upcoming November launch would boast an enhanced version with improved graphics running on PlayStation 5 at 4K 60fps. The specs for Xbox Series X have not yet been announced, but it seems likely they will be similar to the PS5’s. Despite the game being launched more than eight years ago, it is still one of the most fun and interactive games available.

This means we will still be playing a lot of the same online before seeing a new Grand Theft Auto. V is simply just too successful in stopping milking yet.

It is saddening to know that gamers never received at least an enhanced remaster of other iconic Rockstar Titles such as Bully or Manhunt in all these years. Especially an enhanced Grand Theft Auto: IV online with first-person capabilities would be so much more refreshing than hearing Lester whine in his annoying voice for nearly a decade.

The True Cost Of Online Gaming

Unless you are comfortable waiting for a day or two for a game, then you may need to consider some factors before jumping to buy yourself a Next-Gen console. Many gamers forget to consider certain aspects of how this industry is moving, and it is becoming easier to have an unpleasant experience based on external circumstances.

Both consoles are coming in at around the eight hundred dollar region on Amazon, and this is a pretty hefty price to have a bad experience. After you buy your console, you will need to pay for the online experience, which can vary in cost, but both will be a minimum of fifty to sixty dollars. After you get online and realize that your Wi-Fi is not up to par with the extended memory sizes of next-gen games entirely it is an incredibly long wait to play the game you just purchased. With that said, you may need to invest in extra storage as some games take up to two hundred and twenty-five gigabytes. Considering a PlayStation 5 will have eight hundred and twenty-five gigabytes of storage space, you can easily take nearly thirty percent of your console’s storage with one game, and that is not looking good for your storage real estate. Not to mention if you do not have a television that is capable of handling 4K graphics, you will not be seeing the 4K graphics you are forking your hard-earned cash for.

Despite all of this, Microsoft has made more than fifty games available for free on its Xbox Series X. Many gamers have complained that Microsoft refuses to allow free-to-play games to be played online without Xbox Live Gold memberships. This is a move in the right direction. Next-Gen online gaming is the future, but it is clear the game developers still need to catch up to the curve, and so does your wallet.