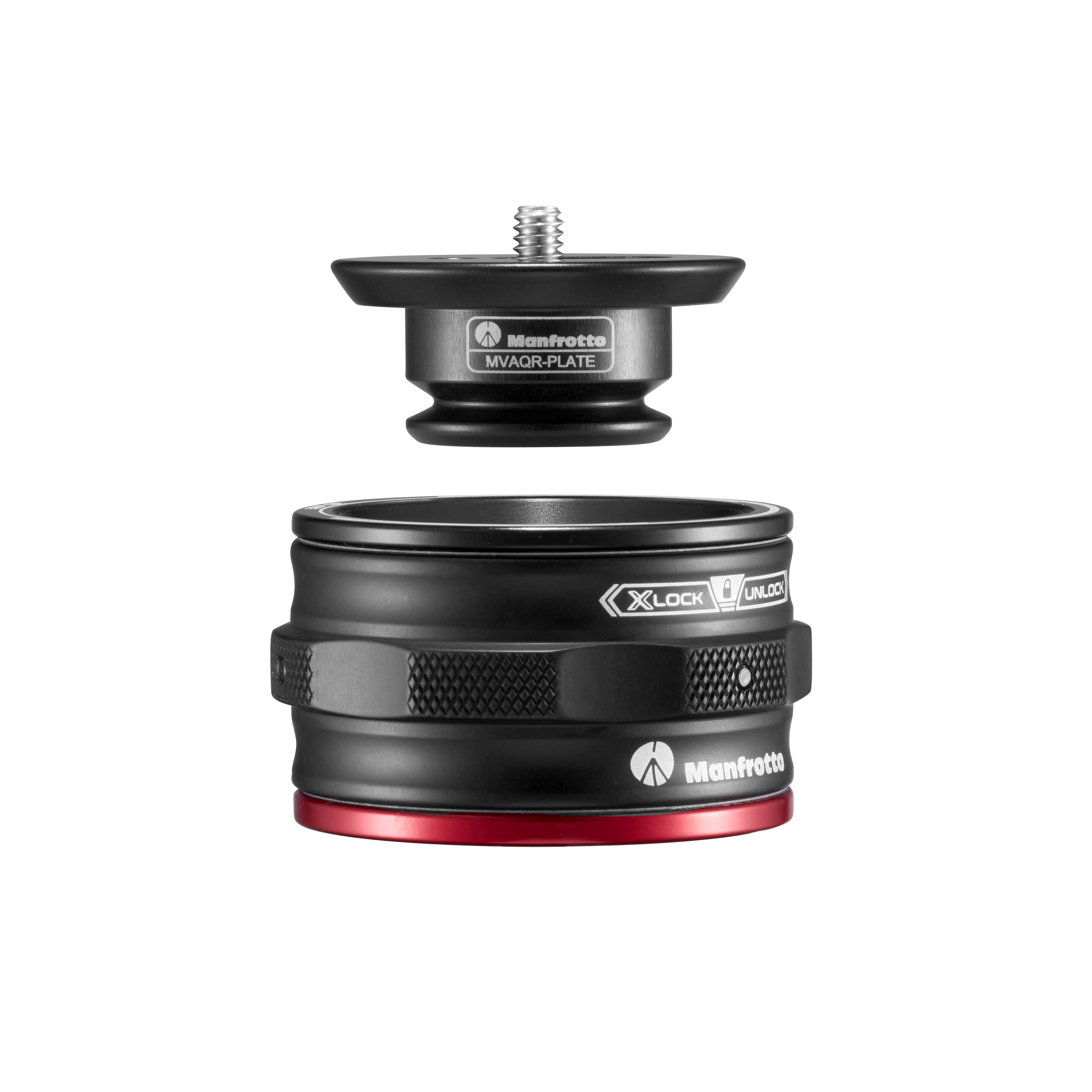 Manfrotto, the worldwide leader in photography and videography supports, has unveiled the first products from an all-new modular line that comprises their forward thinking Move Ecosystem. Developed to harness the concepts of speed of use and versatility, these dedicated Move Ecosystem products are designed for today’s modern creatives who shot both video and photo and want the ability to transition frequently between their varying supports with no lag. Move signals the birth of a faster and more versatile future for the workflow of photo and video professionals everywhere who will finally be able to move limitlessly at the speed of their inspiration.

The Move Ecosystem is designed around the new Quick Release System, a lightweight base and plate system which when attached to users various supports offers increased speed of transfer between them without having to stop to screw and unscrew parts. It all happens in one click that immediately actions professional stability no matter the direction in which the equipment is inserted, though an additional twist lock is provided to ease heavy users minds. And while speed is certainly a profound benefit of the Quick Release System, due to its universal 3/8” connection standard, the system is capable of connecting varying support types to each other revealing enhanced functionality from users existing systems. For example, Manfrotto tripods can be coupled with sliders and different heads on top, while Manfrotto’s Gimboom can be paired with the new Modular Gimbal 300XM in order to have a 2 meters long stabilized support with remote control capabilities that can be fully operated by a single user.

This is possible due to the 300XM Gimbal’s detachable modular construction including its stabilizing head and electronic controls which when separated can still communicate via bluetooth connection. The gimbal head can also be adapted onto a completely separate support such as a tripod or slider, for example, and be used a remotely operated shooting station. With its limitless modular application this market leading handheld Gimbal is guaranteed to redefine the standards of professional gimbal support for CSC users.

And while Move’s innovative adaptability is set to make huge improvements to the speed and versatility of production, Manfrotto’s approach to modularity isn’t just looking to what’s new. With a brand-new set of attachable twin legs Gimboom has also been revamped to introduce the two-in-one solution Gim-Pod, which equally performs as a professional grade boom as well as a tripod. Paired with Manfrotto’s newly announced and upcoming Q6 Ball Head featuring a sliding Arca-Swiss compatible top-locking mechanism and 3 bubble levels this configuration offers infinite applications for creators, from a lightweight kit.

The Move Ecosystem is much more than a collective of innovative solutions, it is a shift in paradigm. By harnessing the power of modularity Manfrotto has created a new age of interconnecting supports and parts that will allow professionals to not only move at an unprecedented speed but also allow users to customize their gear to meet their individual project needs. Welcome to the age of Move.