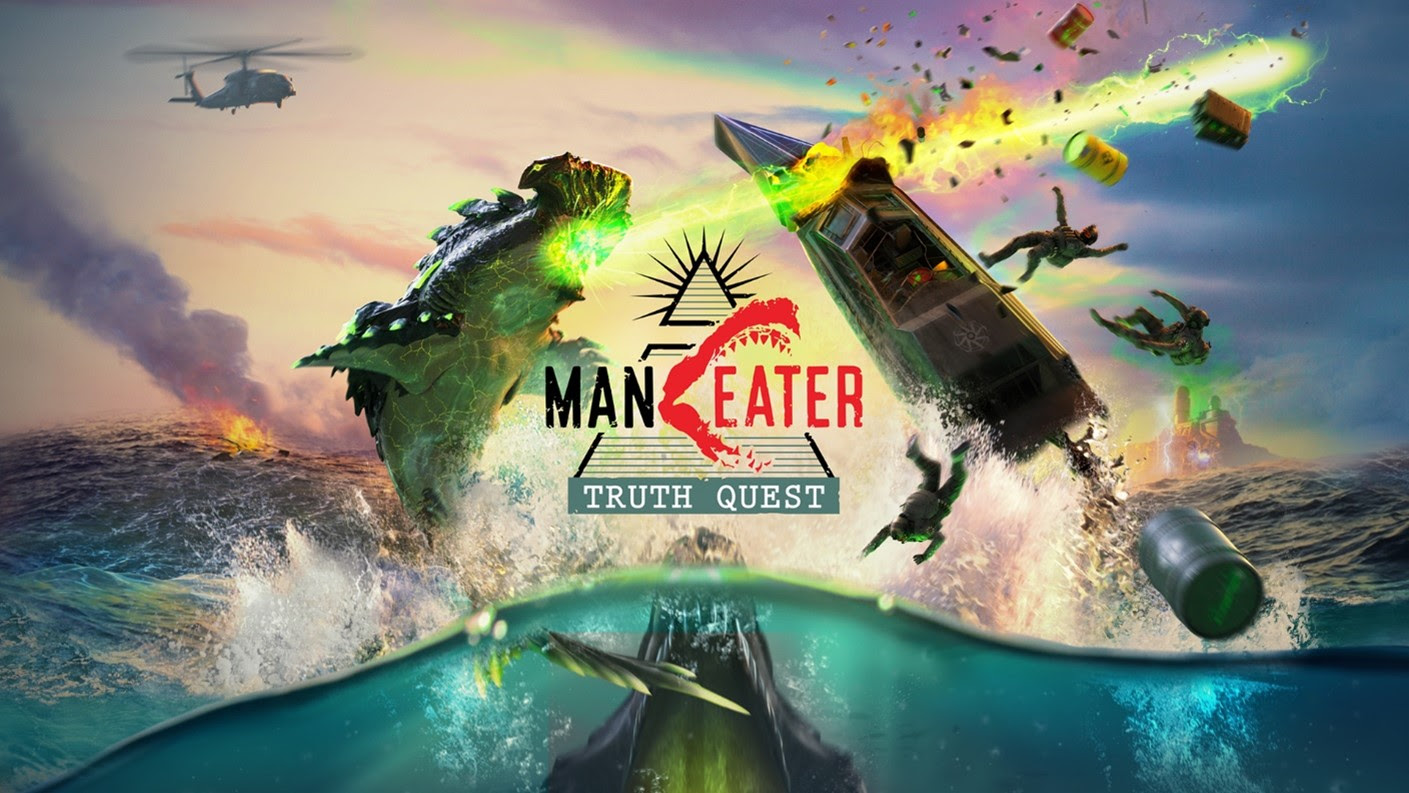 Developer and publisher Tripwire Interactive announced today the launch of  Maneater: Truth Quest, the first downloadable content (DLC) for Maneater, the award-winning Action-RPG (shARkPG) where you play as a shark! Out now for the PlayStation®4 and PlayStation®5 computer entertainment systems, Xbox One, and Xbox Series X|S console systems, and PC (via Steam and Epic Games Store), the Maneater: Truth Quest DLC requires the completed base game, Maneater, to play, and is available for $14.99 / €14.99 / £12.99 MSRP with an ESRB rating of M for Mature, PEGI 18 rating, and USK 16 rating. Players looking for the best bang for their bite, can also look forward to the Maneater Apex Edition, which includes the base game, Maneater, plus the Maneater: Truth Quest DLC, available for $49.99 / €49.99 / £42.99.

The original Maneater is a single player, open-world action-RPG (ShARkPG) where YOU are the shark. Starting as a small bull shark pup you are tasked with surviving the harsh world while eating your way up the ecosystem. To do this, you will explore a large and varied open world encountering diverse enemies — both human and wildlife. Find the right resources and you can grow and evolve far beyond what nature intended, allowing the player to tailor the shark to their play style. This is fortunate, because to get revenge on the cruel fisherman that dismembered you will take evolving into a massive shark, an apex predator of legends. Eat. Explore. Evolve.

WORKSHOP SIMULATOR to Launch on PC and Consoles on 10 March