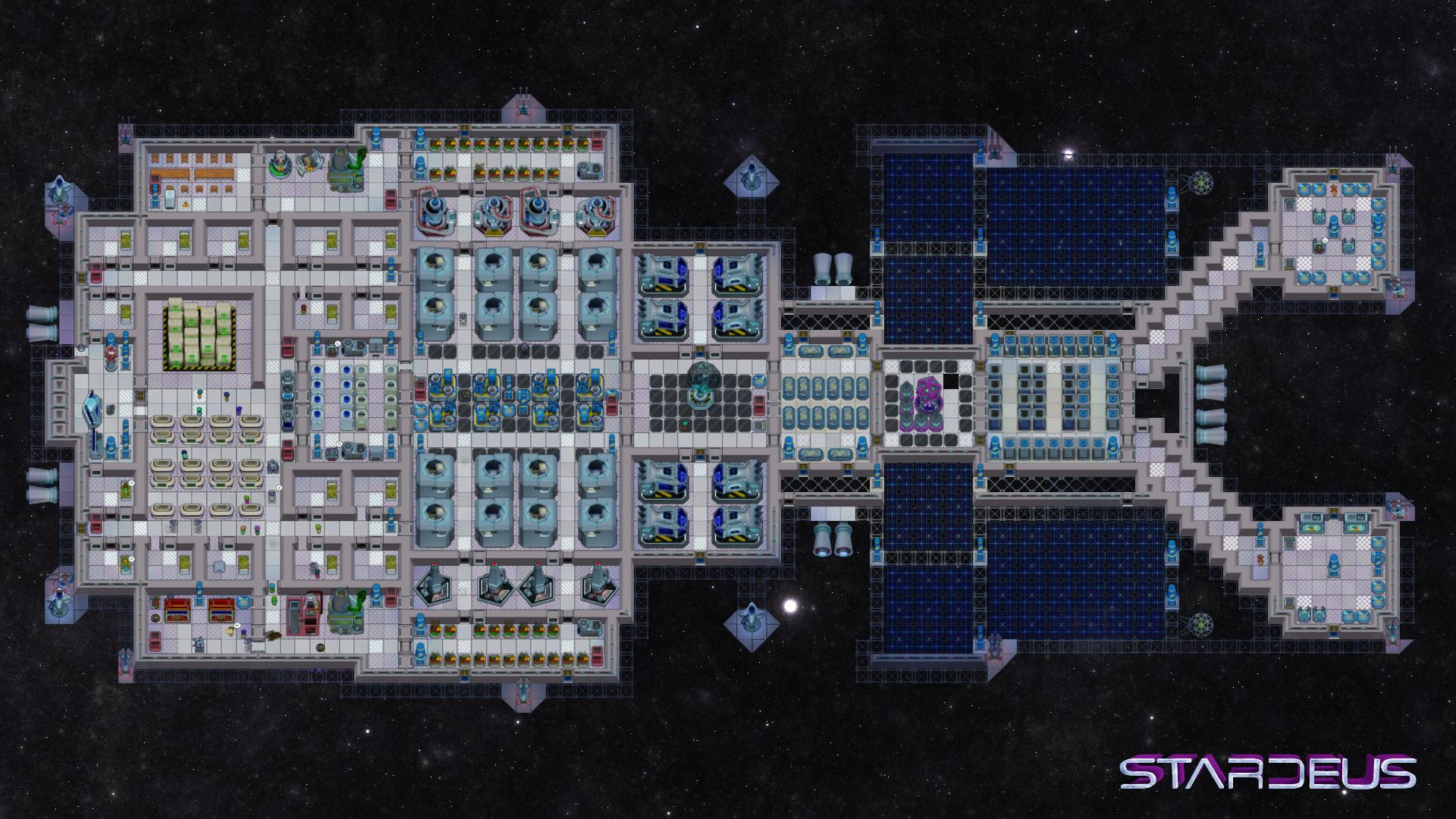 Solo developer, Kodo Linija, is excited to announce their sci-fi colony sim Stardeus will launch its Kickstarter campaign on the 16th of August. Stardeus takes inspiration from titles like RimWorld, Factorio, Dwarf Fortress, Oxygen Not Included, and FTL to deliver the depth of a colony management sim rarely seen among the stars.

In Stardeus, you play as an immortal AI who has an army of robots and drones at their disposal. Like all colony sim games, how you play Stardeus is entirely up to you. Grow a human colony on your ship, sure. Start a robot uprising, why not. You can even choose to turn all your crew into human batteries to satisfy your greed for electricity. The stars really are the limit when it comes to the open-ended gameplay of Stardeus.

To really make your ship thrive you’ll need to manage your crew, both robotic and human, all offering different personalities; ensure power is sustainable; explore space with resource gathering expeditions and be sure to squash any face-hugging aliens before an infestation breaks out

Embedded in every mode and base you build is the focus on AI storytelling. This off-the-cuff approach to narrative will make every situation on a ship unique to the player’s own personal experience. This storytelling can result in eye-watering comedic moments from the interaction of crew members to face-palming fires that destroy half your space empire. Nothing in Stardeus is a scripted story, it’s your story and your rules.

Stardeus will launch its Kickstarter campaign on Monday 16th of August. A playable demo will be available to everyone, offering up to 2 hours of gameplay. There is instant alpha access available to backers, which offers around 15 hours of progress gameplay. However, there is no time lock on the alpha access so players can build until their hearts are content.

3 Ways To Find An Online Casino With Good Games