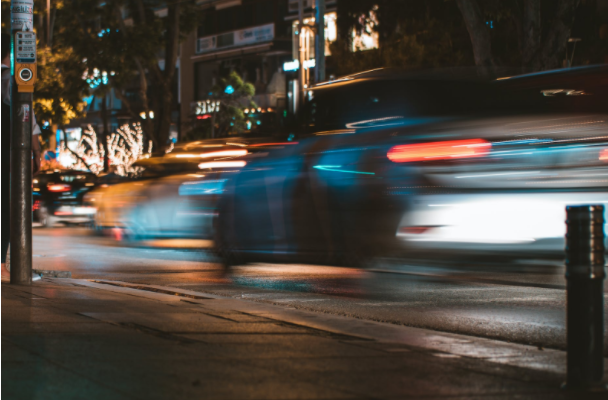 When it comes to road safety, a huge number of parameters play a role in it. Even the seemingly most insignificant factors can boost the chance of an accident occurring drastically. So, how tired is the driver behind the wheel, their mood at the moment, the weather – even the type of vehicle you are driving. Yes, some vehicles are indeed more dangerous for driving than others. Knowing more about which ones can be crucial for the moments that you run into such vehicles. Knowing that you’re in a higher likelihood to be in danger can help you focus more.

Additionally, being vigilant and understanding what is essential to stay safe are imperative when driving. All that being said, if you want to learn more about these topics, be sure to read this article. Here, you will find all that you need to know about dangerous vehicles so that you can stay safe on the road.

Well, yes, the regular passenger cars are involved in more crashes than any other vehicle out there. To be fair, the statistics aren’t in the favor of passenger cars, as their number vastly exceeds the number of other vehicles. In any case, let’s go into more details, as some cars are more susceptible to danger than others. More than any other car types, sports, and muscle cars are more probable to end up crashing. The issue here is – does this happen due to the car design or due to the fact that the probability is high that the person driving them will exploit how fast they can go? The answer lies somewhere in the middle, depending on the car in question.

In any case – smaller, faster cars are way more likely to be in a fatal car crash than robust pickups or SUVs.

One would think that such huge, powerful vehicles must be on the top of the list. If you share that sentiment, you should know that you’re actually wrong. In fact, if we look at the statistics, trucks are way less probable to be in a crash than a regular passenger car. That being said though, being in an accident caused by a truck can be devastating. As this Tampa truck accident lawyer explains – the devastating impact of a multi-ton truck traveling at high speeds can easily end up in a  life-altering injury. Not to mention the emotional trauma and the financial burdens associated with all this. That being said, even though truck accidents are statistically low, you can’t be “too careful” when driving in close proximity to a truck.

Motorcycles, even though not that dangerous for the second party, are the most dangerous vehicles for driving. In fact, the sheer statistic that the entirety of vehicles consists only of 3% of motorcycles, and yet they are involved in 10% of fatal crashes is hard to comprehend. If you’re ever driving in close proximity to a motorcycle, make sure that you’re as vigilant as you can be. Additionally, if you’re driving a motorcycle, it is imperative that you avoid any risky behavior. The statistics are already bad, don’t test your chances by being reckless on top of that.

To top this list off, let’s finish with the most dangerous vehicle of them all – an old vehicle. That’s right, no matter the exact type of the vehicle, if it is old and poorly maintained, the risks of being in an accident rise exponentially. This is exactly why it is important for you to do regular check-ups on your vehicle. Especially if it isn’t in its early years, as unfortunately, everything has its expiration date. So, if you drive your car to the mechanic, and they tell you that it poses a danger to both you and the others – don’t take it on the road. Short trips will probably be harmless if you’re careful and understand the state in which your vehicle is in. But, if your car is unstable, and you want to venture far away – by all means, either get a new vehicle or postpone the trip.

Now that you know more about dangerous vehicles, you can make sure that you avoid any risky behaviour when you encounter them. Additionally, if you’re looking to buy a new vehicle, avoiding the ones that we’ve discussed might be a good option if you aren’t an experienced driver.

In the end, the most dangerous vehicle on the road is the one with a careless driver behind the wheel. That being said, you must ensure that you stay vigilant at all times, and avoid any reckless behaviour. The same goes for taking care of yourself – not sleeping enough to catch an hour more on the road is not an acceptable compromise. Make sure that you’re well-rested, well-focused, and aware of your surroundings at all times. Stay safe out there!

Learn About the Varieties of Crypto Assets

The Mining Process: An Explanation of Bitcoin