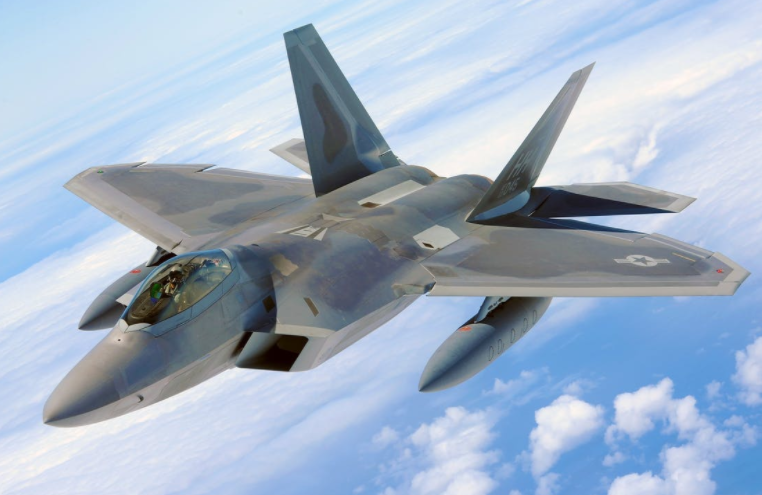 Military drones have been around for a while. However, only recently has this technology entered the global mainstream through popular culture. As a result, many are wondering what’s the future of conventional fighter aircraft considering the capabilities of modern drones? As it turns out, fighter jets are going nowhere for the time being, and there is a very good reason why. Let’s find out!

Modern UAVs, or drones, are extremely capable aircraft. However, even the most modern UAVs or UCAVs have their limitations. Removing the need for a pilot to operate the aircraft directly is a double-edged sword. On one hand, UAVs greatly reduce the risk to pilots and operators, as they are far removed from combat operations.

On the other hand, the fact that pilots are not in the aircraft means that the person operating a UAV has very limited battlefield awareness. Fighter jets with trained pilots behind the stick don’t suffer from these issues.

An average fighter pilot brings more to the table than just their combat abilities. A pilot is a trained observer capable of assessing the larger battlespace picture and making appropriate decisions based on the collective feedback in their area of operations. Even though modern optical sensors are pushing the limits of what is possible, the old Mk I Eyeball is still a more agile piece of technology.

The main difference between fighter aircraft and UAVs is in the type of missions these assets are designed to accomplish. Current UAVs and UCAVs are employed mainly as ISR platforms or surgical strike platforms. Large UAVs are capable of comprehensive ISR missions at ranges beyond line-of-sight, which makes them an invaluable asset in any given area of operation. In this regard, UAVs have an edge over fighter aircraft.

Both air assets have combat roles. However, most UCAVs are limited to CAS roles or general air-to-ground applications. Furthermore, UCAVs are somewhat limited in terms of combat missions they can accomplish successfully. A good example is the MQ-9 Reaper, one of the most prolific UCAVs in use. This platform has a payload of 3,800 lb. In comparison, the F-16 variants offer nearly 20,000 lbs of the payload across 9 hardpoints.

In other words, an F-16 squadron has the ability to engage more targets using heavier munitions. The disparity in the payload is similar when MQ-9 is compared to the most prolific CAS aircraft in NATO’s arsenal — the A10 Thunderbolt. The legendary Warthog offers nearly 17,000 lbs of hard-hitting payload in addition to its notorious main gun.

The previous point illustrates the ability of fighter aircraft to deliver more payload to a target, however many will argue that this advantage of conventional fighter jets is nullified by their limited loitering abilities. That is a fair assessment, especially considering lessons learned from past large-scale air campaigns.

However, there is one area of warfighting where fighter aircraft are dominating even the most modern UCAVs — air-to-air combat beyond visual range. Modern drones can engage in air-to-air combat, but with hard limitations. These platforms have limited radar capabilities, which makes their air-to-air role secondary or tertiary.

In comparison, modern fighter aircraft are designed to engage targets well beyond visual range. Current radars found in F-35, Block III F18 Super Hornets, and other F/A designated aircraft are far superior to anything available in the UAV segment.

Of course, this will likely change in the future as further development of UAV technologies increases their combat potential.

UAVs, especially loitering munitions, have proven to be impervious to standard long-range and most short-range anti-air systems. As such, they are the optimal weapon of choice for CAS, ISR, and other combat missions in non-permissive airspace dominated by anti-air systems. This ability gives drones a massive advantage over conventional fighter aircraft.

Whether UAVs will completely replace piloted aircraft is yet to be seen. Most indicators are pointing in that direction. However, right now these two platforms are filling different roles and are being used to complement each other on the battlefield. The development of drone swarms means that fighter aircraft can be used to deploy drone assets in the middle of combat zones, use said assets for ISR, and have a more complete picture of the battlespace they’re operating in.

Further development of drone technologies will most likely make this symbiosis between manned and unmanned platforms even stronger, before completely taking over all air asset roles.