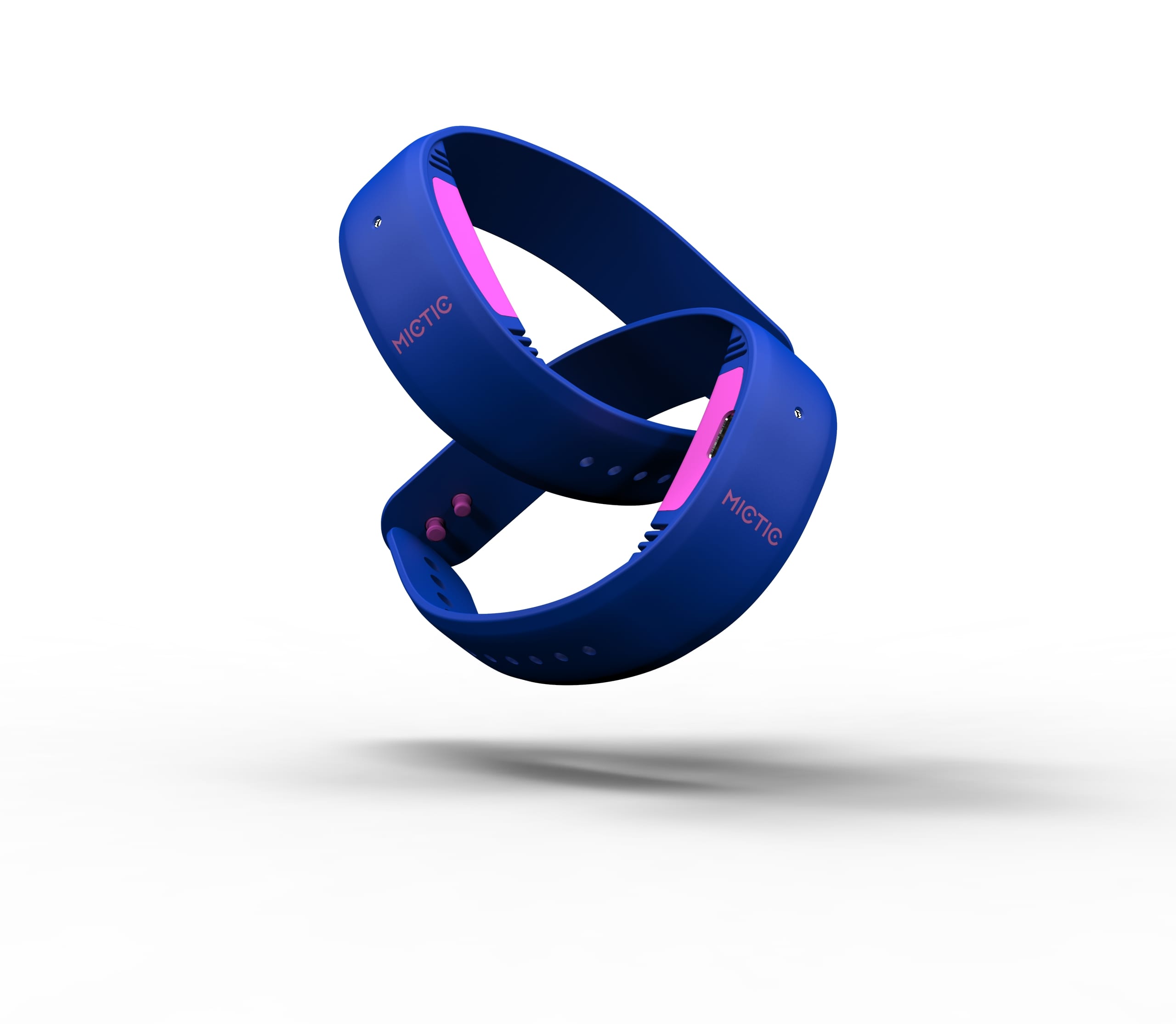 Mictic is the Swiss-made XR wearable that turns movements into sound. It doesn’t matter if users already have ten Grammys or have never picked up a musical instrument, with Mictic they’ll be expressing themselves the minute they put the wristbands on and connect via Bluetooth. Now Mictic is inviting the Kickstarter community to participate in the launch and become the first to get their hands on the product’s limited edition first run in September at special prices.

Mictic has worked with major label artists and professional dancers in every genre to get here. Centuries of Swiss engineering has inspired us: Our patented technology detects movement with supremely accurate sensors, and translates and transmits the music as sound to your smartphone within milliseconds.

And now we want to see what people will do with it out in the real world, with initial included instrument sounds like electric guitar, drums, cello, and genre-based soundscapes like EDM, Trap  and Hip Hop. Users can even play with our sci-fi, Kung Fu and game experiences. More instruments and sounds will be available for download all the time, including in partnership with major artists. We’re not just another MIDI controller, like some other devices out there, but, yes, Mictic can work with your favorite digital audio workstation such as Ableton, Logic, Pro Tools, Garageband or 100s of other MIDI-compatible apps.

“Whether you perform on a stage, in a studio, or on TikTok, you’ll be able to incorporate Mictic into what you do before anyone else,” said Mictic CEO Mershad Javan. “The artist in you will love experimenting with this new musical tool with literally no rules, no one to tell you what you can’t do.”

Mictic has been featured in Billboard, BBC, Sky News, New Atlas and on Protocol (which called it “The wearable for dropping beats not pounds”). The product will launch worldwide in Q4 at a suggested retail price of $139 a pair.

Kickstarter premiums include price reductions on packages of controllers starting at $89 a pair– and the excitement of being the first to get the limited run before anyone else. The VIP package gets the supporter a professional video team flown to them, and a fully produced video using Mictic, along with massive social media support for their creative product.