Today GT Manager lets players take charge of a Gran Tourismo racing team and speed along the world’s most iconic racing tracks. In direct line with the rise of a new genre within the racing category, GT Manager – developed by French studio, The Tiny Digital Factory – allows players to build their own GT team in the ruthless world of motorsports. Available for free today on all app stores, GT Manager offers the best experience of motorsport management in the market.

GT Manager is the result of more than 10 years of experience building racing games from The Tiny Digital Factory team, having worked in partnership with Codemasters and Eden Games, including co-development on the official F1 Mobile Racing game, downloaded by 16 million players and played daily by 150,000 people. In offering unprecedented features and content, comparable to the best football management games, GT Manager carries the ambition to join the segment’s leader, F1 Manager, at the top of the rankings.

Racing games on mobile never managed to reach the top spots of mobile game rankings because of the lack of accuracy and the quality of the racing experience inherent to the devices’ small screens. GT Manager positions itself on the fast-growing segment of Sport Management games and in direct line with games conceived specifically for mobile in the racing category which represents five percent of current mobile games revenues.  The game plays in portrait mode and offers short game sessions to be played on the go.

Players will be able to master the art of the race as a racing team manager through an experience centered in management and tactical decisions taken from the pit.

The game offers a deep immersive experience in the universe of race management. Every player takes on the role of a young manager who will reinforce their expertise and network through their encounters with the leading experts of the track. Here, the engineer, the mechanic, the sponsoring manager are as important as the driver. It’s the player’s capacity to hone his skills which will allow him to make the difference in Career mode. This progressive evolution brings both sophistication and accessibility to the experience. GT Manager features a wide range of official GT championships licenced car models and authentic tracks to add to the authenticity. 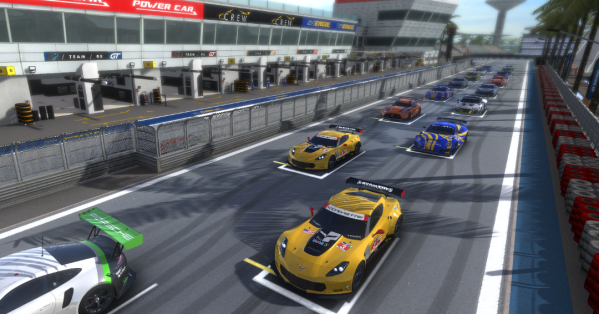 GT Manager: An in-depth experience from the pit lane

Players take charge of every aspect of their GT team, before, during and after the race. From the development center and their headquarters, they will take all the major decisions regarding investments and the budget management of the team. From their team’s factory, the player can – through experience and investments – manage more and more aspects of the team’s life, from training to sponsorship scouting.

On the track, the race strategy is essential to get in front of one’s rivals. Going faster is not the solution to win. Tire wear, car settings and the information provided by your race team will have a major impact on the race’s results.

In GT Manager, players will…

GT Manager is now available for free on the Apple, Google, Huawei and Samsung stores!

Technology That Has Revolutionized the Gaming Industry